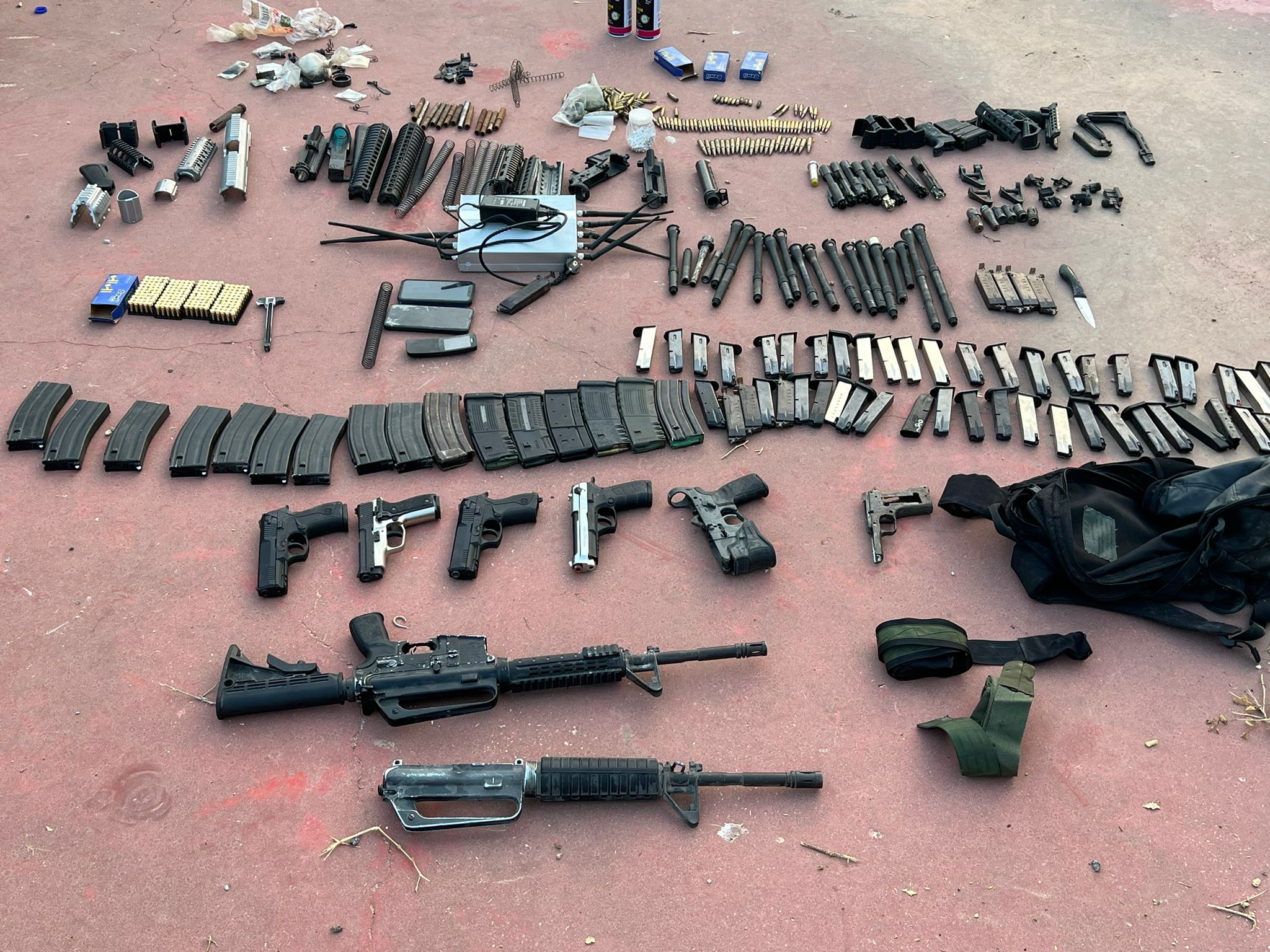 Senior commanders of Hamas and Palestinian Islamic Jihad barely got away during shootout with Israeli troops that killed 2 Palestinians in Nablus on July 24, report says

A picture taken after clashes between Israeli troops and Palestinian gunmen in the Old City of Nablus in the West Bank on July 24, 2022 (JAAFAR ASHTIYEH / AFP)

Eight senior commanders of the Hamas and Palestinian Islamic Jihad terror groups narrowly escaped an Israeli raid in the West Bank city of Nablus late last month, according to a Wednesday report.

The terrorists saw the Yamam troops enter the building where they were meeting on a security camera. Eight of the ten zmanaged to escape, while the remaining two stayed behind, fought with the Israelis and were killed, the report said, citing a Palestinian source.

The Border Police said at the time that troops had clashed for several hours with Palestinian gunmen during the raid, and that there were no casualties to Israeli forces.

The Palestinian Authority Health Ministry previously reported the death of the two men, and said six people were injured. It was unclear whether the injured were combatants.

The men killed were identified online as Aboud Sobah and Muhammad al-Azizi.

Images circulated online purported to show the pair carrying rifles, indicating they were members of a terror faction in the city, although no group immediately claimed them as members.

Police said troops had used gunfire and “other means” to “neutralize” the gunmen who were in and on top of the building. Footage of the home where the fighting took place showed heavy damage.

The Border Police said troops found “many weapons, firearms and explosive devices” in the house, and released an image of the confiscated items.

After the raid, Prime Minister Yair Lapid said that the targets were “terrorists who recently carried out a string of shooting attacks.”

The Channel 12 report said the raid highlighted the dangers for troops operating in the densely crowded old city of Nablus. The area is difficult to access, and there are many places for terrorists to hide, including in underground tunnels, which can put Israeli forces at risk.

To carry out an operation, Israeli troops need precise intelligence about the location of the targets, and there is a network of armed terrorists in the area who alert each other to the presence of Israeli forces, which can lead to shootouts and put non-combatants at risk, the report said.

Tensions are high in the West Bank, as Israeli security forces have stepped up operations following a deadly wave of terror attacks against Israelis that left 19 people dead earlier this year.

On Monday night, Israeli troops arrested the West Bank head of Islamic Jihad in Jenin, a West Bank city seen as a hotbed for terror activity. Bassem Saadi was taken in along with his son-in-law and aide, Ashraf al-Jada, and another member of the terror group was killed in a gun battle with troops.

In response to Saadi’s arrest, the Gaza-based group announced in a statement that it was declaring a state of “alertness” and raising its fighters’ “readiness.”

The military closed roads around the Gaza border due to fears of a reprisal attack. The roads remained closed on Thursday for the third day in a row. The IDF also bolstered its Gaza Gaza Division with 100 reservist troops and three conscript companies to assist in keeping civilians out of restricted areas under imminent threat by Islamic Jihad.

The IDF’s Southern Command and the air defense array were also on high alert for the possibility of rocket fire.

Israel has reportedly warned terror groups based in the enclave that it would respond forcefully to any revenge attack following the recent arrest of Saadi.

Russian horn ‘could destroy all major cities’ with ease

One third could die in an India-Pakistan nuclear war: Zechariah 13