A Nuclear South Korea? Why It Might Be The Best Option

Twice in the last week, North Korea has threatened a pre-emptive nuclear strike. We also have growing evidence that Pyongyang will soon test a nuclear weapon for the first time since 2017. North Korean rhetoric is still belligerent, and Pyongyang has clearly indicated that it intends to develop a full-spectrum nuclear program. This is prompting difficult discussions in South Korea.

The core problem is that North Korea is not going to stop. Its nuclear, missile, and weapons of mass destruction programs have been growing for decades. They will not slow down anytime soon. As the North’s weapons programs mature, the threat they pose to U.S. allies grows. Indeed, North Korean missiles can now reach much of the planet, including the United States and Europe. But countries like Japan and South Korea face the greatest danger.

Ideally, Pyongyang would bargain with Seoul and Washington, brokering some manner of negotiated deal to cap its developments. North Korea probably has enough warheads now to achieve basic deterrence with the U.S. and its allies. If it keeps building and testing, Pyongyang will signal that it has bigger goals for its nukes than mere defense. North Korea has spoken of its desire to build tactical or battlefield nuclear weapons, and leader Kim Jong Un’s recent comments hint at a more aggressive doctrine.

The Ukraine war suggests one obvious task for North Korean WMD: Keep the United States out of any conflict in Korea. Russian President Vladimir Putin has successfully leveraged his nuclear weapons to keep NATO from intervening more directly in the Ukraine war. Kim is almost certainly watching, learning, and considering whether his own nukes might purchase the same outcome.

These developments prompt a discussion of how South Korea and the United States might fight a conflict that could slide toward the use of nuclear weapons. During the Cold War, debates like this were called “thinking the unthinkable” – considering options against a nuclear-armed state that might spark even greater conflict.

Using American and South Korean airpower to denuclearize North Korea by force is an old and much-debated idea. It is attractive because it would not require North Korean assent. Pyongyang has a long history of gimmicking negotiations. There is always skepticism about whether it will stick to any deal it signs. Airstrikes would solve the problem, and U.S. and South Korean airpower commands the skies in Korea. North Korea’s air force is obsolete; its air defenses are better but should be suppressible.

The risk, of course, is North Korean retaliation. Indeed, it is unclear that North Korea would recognize a limited strike on its sites as, well, limited. The air campaign would necessarily be extensive, both because of North Korea’s ample stock of WMD, and because of the need to first suppress North Korean surface-to-air missile sites. Pyongyang might easily see this as the start of a full-scale war and respond in kind. This is ultimately why the Trump administration gave up on the so-called bloody nose option in 2017. The air campaign would have to be so large that the North might not interpret it as limited. This could provoke the very war it is intended to prevent.

South Korea’s other options are mediocre. Missile defense does not work well enough to absorb all the incoming missiles we anticipate from the North. And while it is important to continue talks with North Korea, there is little evidence that Pyongyang will accept a serious arms reduction treaty. American extended deterrence has worked for decades, especially as concerns China’s nuclear arsenal. But North Korea’s threat to nuke the U.S. homeland in a conflict casts doubt on the American guarantee. To participate in a Korean conflict, an American president would have to be willing to risk a nuclear attack on U.S. cities. It is hard to imagine the psychological and strategic pressures on a leader faced with such a decision. 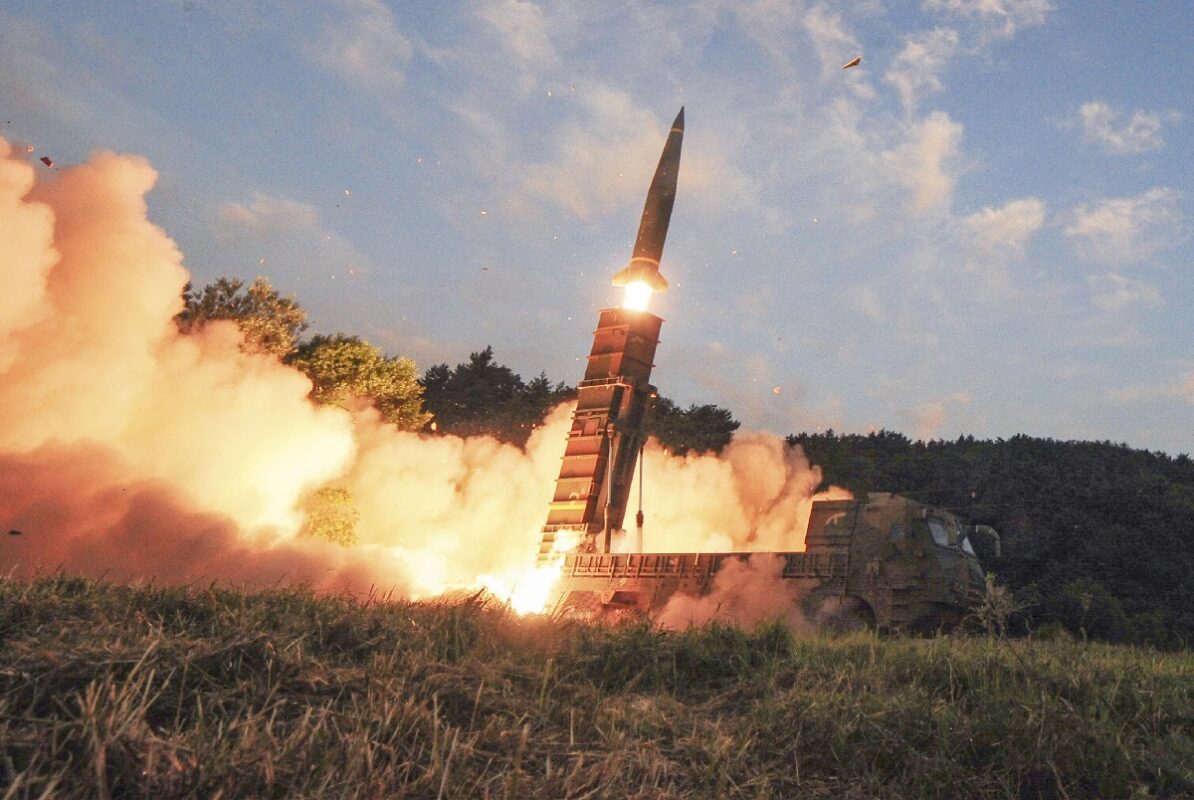 Given all this, I think South Korean direct nuclear deterrence against North Korea is a growing possibility. In other words, South Korea will likely develop its own nuclear weapons. The U.S. opposes this, and South Korean nuclearization would probably end the Non-Proliferation Treaty regime for good. But South Korea is in a tight spot now, especially with Kim openly talking about pre-emption. Direct nuclear deterrence, for all the anxiety it would create, would be a better solution than airstrikes, which would likely ignite a war.

Dr. Robert E. Kelly (@Robert_E_Kelly; website) is a professor of international relations in the Department of Political Science at Pusan National University. Dr. Kelly is now a 1945 Contributing Editor as well.