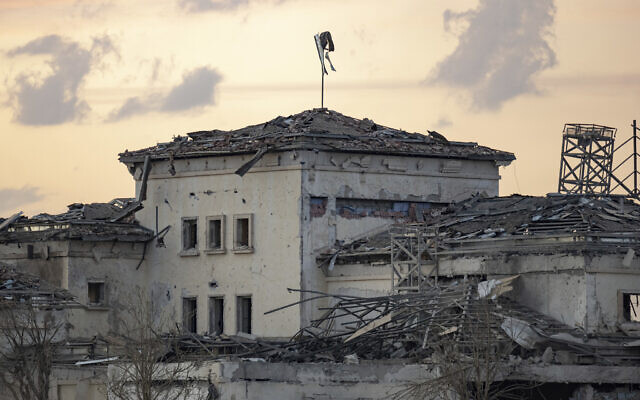 Esmail Ghaani, who heads Iran’s Islamic Revolutionary Guard Corps’ Quds Force, said Thursday the Islamic Republic will confront Israel “wherever it feels necessary,” according to a report by the semi-official Nour News agency.

“Wherever we identify a Zionist threat, we will harshly confront them,” said Ghaani, whose militia is the IRGC’s operational arm beyond Iran’s borders. “They are too small to confront us,” he claimed, according to Reuters.

The Quds Force commander — who succeeded Qassem Soleimani, who was assassinated in a US drone strike in January 2020 — said “the destruction of [Israel] is gaining ground” and promised to provide support to any group fighting the “Zionist regime,” the report said.

Last month, the IRGC took responsibility for a number of missiles fired toward several locations in Iraq’s northern city of Erbil, including what it claimed was an Israeli “strategic center.”

According to the Guard’s statement, the attack appeared to be in retaliation for the deaths of two IRGC commanders in an alleged Israeli airstrike near the Syrian capital Damascus a week earlier.

Later that month, a high-ranking Iranian general warned that Tehran would take immediate revenge if Israel kills any of its soldiers.

The IRGC has become the center of an ongoing debate between Iran and the US as part of the negotiations for restoring the 2015 nuclear deal known as the Joint Comprehensive Plan of Action.

Tehran has demanded that the IRGC be removed from the US Foreign Terrorist Organizations list as a condition for restoring the agreement, going as far as threatening to risk negotiations as a whole.