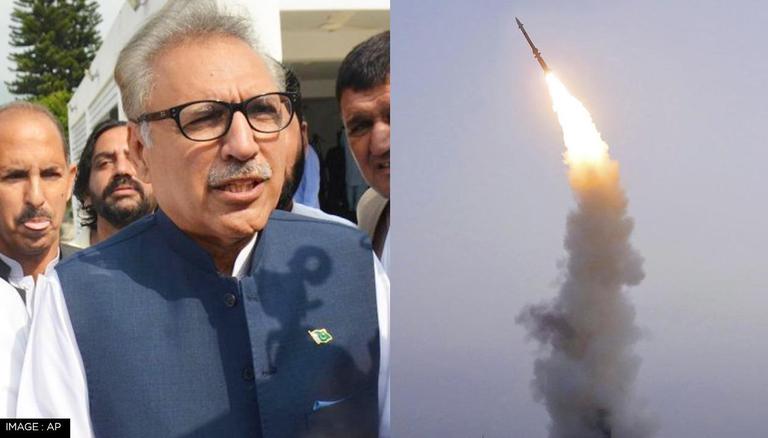 The test launch of Pakistan’s surface-to-surface ballistic missile Shaheen-III was conducted successfully on Saturday, Dawn reported, citing the military’s media affairs department. This information has also been confirmed by the President of the nation, who said that the successful launch of “the nuclear-capable ballistic missile Shaheen III” has boosted their defensive capabilities. Taking to Twitter, President Arif Alvi said, “Pakistan is safe because our scientists have ensured peaceful nuclear deterrence and delivery. Brilliant.”

Along with the President, the Inter-Services Public Relations (ISPR) of Pakistan stated in a tweet, “The test flight was aimed at re-validating various design and technical parameters of the weapon system”.

Furthermore, the ISPR noted in a statement that the Pakistan Army had successfully tested an ‘enhanced-range’ variant of the indigenously built Babur Cruise Missile 1B last year, The Express Tribune reported.

According to the military’s media department, Lieutenant General Nadeem Zaki Manj, Director General of Strategic Plans Division (SPD), complimented the scientists as well as engineers for attaining perfection in the area of cruise missile technology. He also reaffirmed his complete trust in the recent test’s ability to bolster Pakistan’s strategic deterrent.

In addition to this, the Shaheen-III is a 2,750-kilometer-range surface-to-surface ballistic missile capable of reaching the furthest point in India’s northeast and the Andaman and Nicobar Islands, Dawn reported. It runs on solid fuel and has a PSAC (Post-Separation Altitude Correction) mechanism. The PSAC feature allows it to adjust the warhead flight path for greater accuracy and evasion of anti-ballistic missile defence systems. While solid fuel is adapted for rapid response functionality. In March of 2015, the missile was launched for the first time.

This announcement came at the time when Opposition parties deposed the nation’s beleaguered Prime Minister, Imran Khan. The governing Imran Khan-led Pakistan Tehreek-e-Insaf (PTI) administration lost with 174 votes in favour of the no-confidence resolution against Khan.

In the early hours of Sunday, Imran Khan left the Prime Minister’s official house. Khan reportedly left his home just minutes before losing the key no-confidence motion in the National Assembly. A senior member of his Pakistan Tehreek-e-Insaf party verified his departure from the Prime Minister’s residence before his removal from office following the passage of a no-confidence resolution during a midnight session. According to media reports, the vote on the no-confidence motion was ready to go forward after Speaker Asad Qaiser turned over the reins to Pakistan Muslim League-Ayaz Nawaz’s Sadiq for the National Assembly.