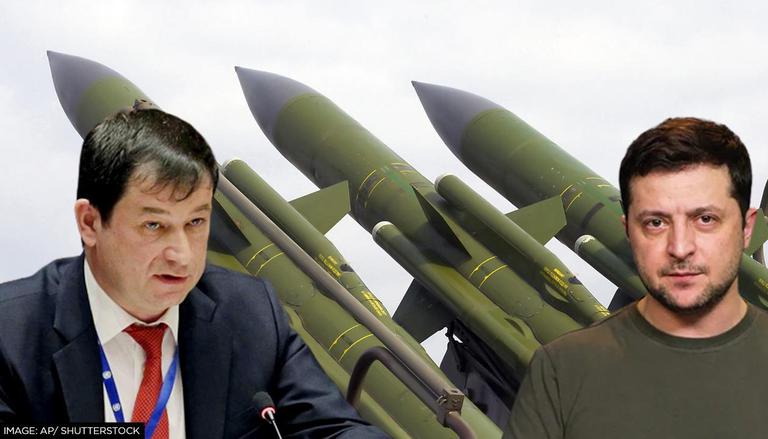 Amid the speculations that Russia could use nuclear weapons against its neighbouring country, Ukraine, Russia’s First Deputy Permanent Representative to the United Nations Dmitry Polyanskiy rejected the possibility and said that Moscow would use them if the existence of the state came under threat.

According to a report by news agency Sputnik, Polyanskiy, during a meeting of the UN Disarmament Commission, dismissed all the allegations and speculation of Russia encouraging the use of nuclear weapons against Ukraine.

“Contrary to speculations voiced today, Russia’s use of nuclear potential is possible only in response to the use of nuclear and other types of WMD (weapons of mass destruction) against it and/or its allies or in the event of aggression against our country with the use of conventional weapons when the very existence of the state is under threat,” the Russian news agency quoted Polyanskiy as saying at a meeting of the UN on Monday.

“These criteria can in no way be applied to the scenario currently unfolding in Ukraine. Moreover, Russia firmly adheres to the principle that there can be no winners in a nuclear war and it must not be unleashed,” added Polyanskiy.

Reacting to Putin’s command of nuclear weapons, Kremlin spokesman Dmitry Peskov had earlier said that the country has a concept of domestic security which states that the conditions in Moscow could resort to its nuclear weaponry.

“We have a concept of domestic security, and it’s public. You can read all the reasons for nuclear arms to be used,” Peskov said as cited by CNN.

“So, if it is an existential threat for our country, then it can be used in accordance with our,” he added.

Polyanskiy said that the claims about the alleged possibility of Moscow using nuclear weapons in Ukraine have “no rational basis”.

On February 24, the Russian troops started a military operation against Ukraine. Since then, it has been bombarding several cities in Ukraine, resulting in the killing of thousands of civilians. On Friday, Ukrainian President Volodymyr Zelenskyy appealed to his Russian counterpart to end the war immediately but added that he would not let the Russian forces take a single piece of Ukrainian land.