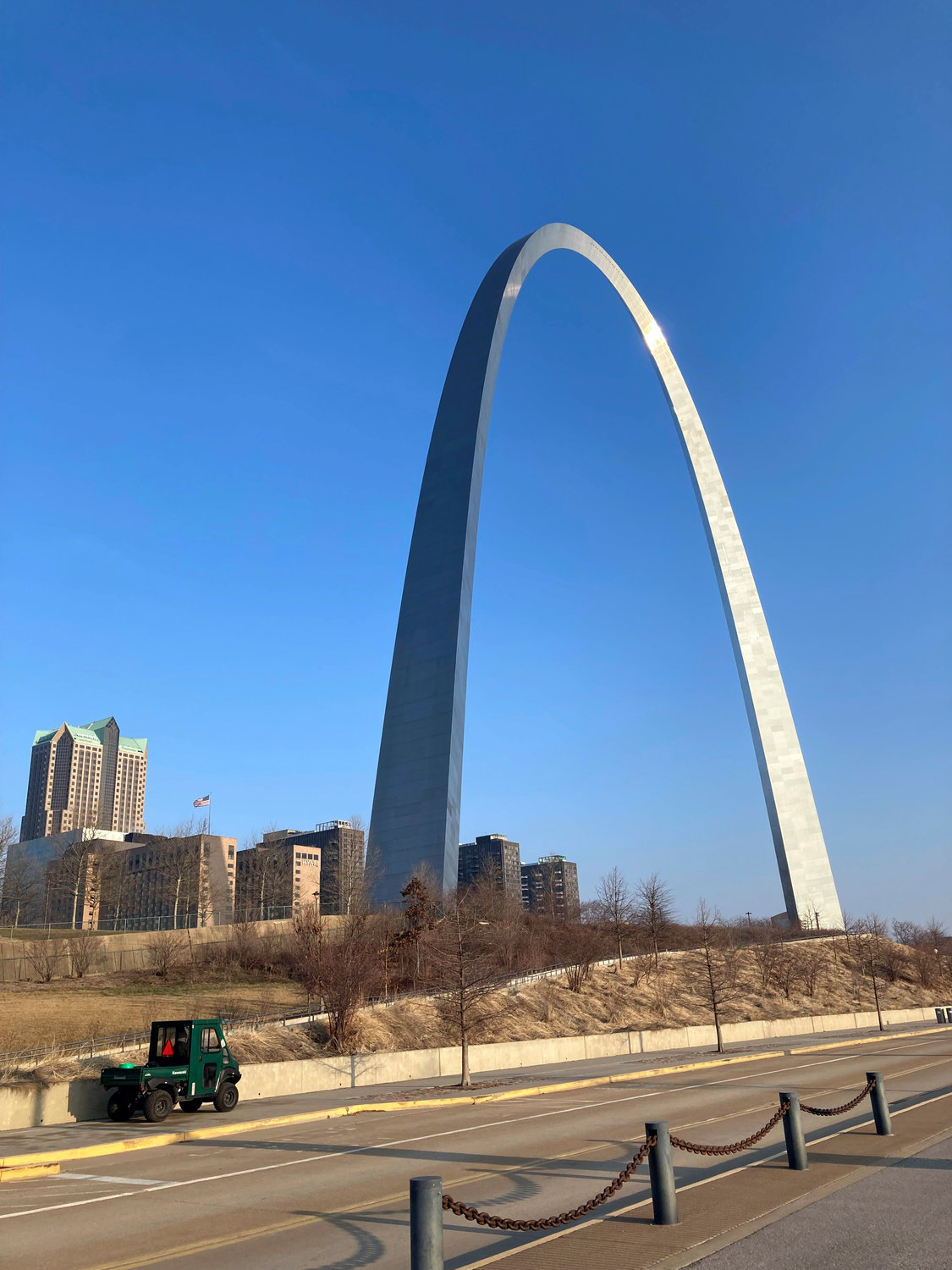 Experts: Central U.S. needs to be ready for quake

The Gateway Arch is seen, Thursday, March 3, 2022 in St. Louis. The Arch was built in the mid-1960s to withstand a strong earthquake, but many other structures in the central U.S. are not. That’s concerning because the active New Madrid Fault is centered in southeastern Missouri, and experts say there’s up to a 10% chance of a magnitude 7.0 earthquake or greater in the region within the next 50 years. (AP Photo/Jim Salter)

ST. LOUIS (AP) — Experts have warned for decades that a large swath of the central U.S. is at high risk for a devastating earthquake. They know that overcoming complacency is among their biggest hurdles.

Hundreds of emergency managers, transportation leaders, geologists and others devoted to earthquake preparedness gathered Thursday in St. Louis for the annual Missouri Earthquake Summit to discuss the latest information on risks, preparedness strategies and recovery planning.

Large and devastating earthquakes in the U.S. are most commonly associated with the West Coast — for good reason since the worst quakes in recent years, including the massive 1989 quake in the San Francisco area that killed 63 people and injured nearly 3,800 — have mostly been in the West.

But the New Madrid (MAH’-drid) Fault Line centered near the southeast Missouri town of New Madrid produced three magnitude 7.5 to 7.7 earthquakes that rang church bells as far away as South Carolina, caused farmland to sink into swamps and briefly caused the Mississippi River to flow backward.

Those quakes happened in late 1811 and early 1812. Though the fault line still produces about 200 small earthquakes each year, people within the region have heard warnings for so long about the next Big One that, for many, it goes in one ear and out the other.

“Because it hasn’t happened, and with people’s busy everyday lives, it kind of falls into the background,” said Robbie Myers, emergency management director for Butler County, Missouri, in the heart of the New Madrid zone.

The earthquake threat received the most attention more than three decades ago when climatologist Iben Browning predicted a 50-50 chance of a big earthquake on a specific day — Dec. 3, 1990. His prediction drew scores of journalists and onlookers to New Madrid to see — nothing.

Still, experts believe there is a 7-10% chance of a magnitude 7.0 or greater earthquake in the next 50 years within the New Madrid zone, and a 25-40% chance of a smaller but still potentially devastating magnitude 6.0 quake. The Midwestern risk is “similar to the chances in California,” said Thomas Pratt, Central and Eastern U.S. coordinator for the U.S. Geological Survey’s Earthquake Hazards Program.

In addition to thousands of deaths, bridges crossing the Mississippi River could fall, major highways including Interstate 55 could buckle, and oil and gas pipelines could break, causing nationwide disruptions, experts said.

Matthew Clutter, a Federal Emergency Management Agency operational planner, said a magnitude 7.7 earthquake in the New Madrid zone could displace nearly 850,000 people in up to eight states. With roads and bridges compromised, emergency aid might be cut off from the impacted areas due to road and bridge damage.

“If all eight states are affected there’s going to be a fight for resources,” Clutter said.

Memphis, Tennessee, is within the zone. St. Louis, Indianapolis and Little Rock, Arkansas, are close enough for concern. All told, about 45 million people live within the area that would be most impacted.

Some communities have been more proactive than others in their preparations.

In Memphis, the Interstate 40 bridge into the city received a $260 million retrofit to protect against a strong earthquake. Building codes were upgraded a decade ago to require stricter construction standards with earthquake risk in mind.

In St. Louis, designers say the 29-story apartment tower overlooking Busch Stadium that opened in 2020 would sway rather than collapse.

in the event of a big quake. It’s the same engineering protection built into St. Louis’ most prominent landmark. The Gateway Arch, completed in the 1960s, would sway up to 18 inches (45 centimeters) if an earthquake rumbles.

Meanwhile, a new St. Louis bridge over the Mississippi River that opened in 2014 was built with foundations all the way into bedrock to keep it steady and standing in the event of a quake. The region’s busiest river crossing, the Poplar Street Bridge, has been retrofitted for extra protection.

Still, most homes and commercial buildings within the region aren’t earthquake ready.

“Many places in the region have no building codes, and very few of the existing building codes require earthquake-resistant design,” according to a fact sheet from the American Geosciences Institute.

“We always encourage people to look at their insurance coverage, look at things like your utilities, if you have a hot water heater, making sure it’s strapped,” said Sarah Russell, commissioner of emergency management for St. Louis.

The Missouri Department of Commerce and Insurance said the percentage of homeowners with quake insurance in the Missouri counties at the heart of the New Madrid zone dropped from 60.2% in 2000 to 12.7% in 2020. The agency blamed the skyrocketing cost of the insurance, which rose 760% in those counties over the 20-year period.