Bennett says Israel will maintain its citizens’ security, and is getting ready for ‘day after’ the agreement; says Iran will use financial gain from deal to fund regional terror

Prime Minister Naftali Bennett said Sunday that Israel was making preparations for the day after the agreement emerging from the Vienna nuclear talks, which he said appears to be “shorter and weaker” than the previous deal and would allow Tehran to build “stadiums of advanced centrifuges” when it lapses.

Bennett said that the original 2015 deal covered a period of ten years and would have expired in 2025, and that the potential new deal would only be in effect for two and a half years.

“Two things have happened since the original signing — the Iranians have made great strides in building their enrichment capabilities, and time has passed,” Bennett said at the start of the weekly cabinet meeting.

The premier said that under the new agreement, Iran would be permitted to build “stadiums of advanced centrifuges without restrictions” after the deal lapses in two and a half years if it is signed without an extension of the expiration date.

“We are organizing and preparing for the day after, in all ways, so that we can maintain the security of the citizens of Israel on our own,” Bennett said.

Israel has long vowed that it will not allow Iran to obtain nuclear weapons. 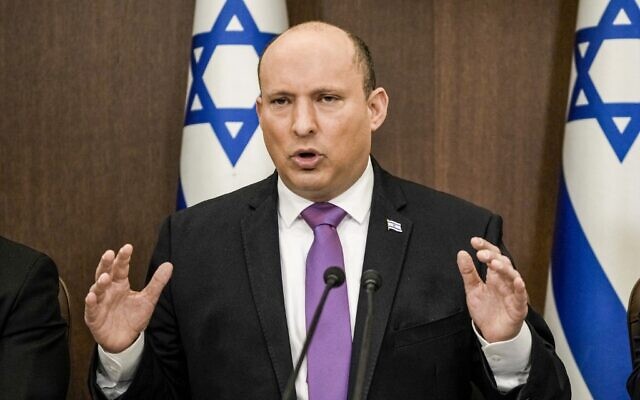 Bennett said that in exchange for signing the agreement, Tehran will receive billions of dollars with the removal of sanctions, and will use the money to fund terror in the region.

Tehran backs a number of groups in the region, including Lebanon’s Hezbollah terror group, Gaza terror factions and Yemen’s Houthis, as well as proxies in Iraq and Syria. Recent weeks have seen an uptick in drone and cruise missile attacks by those groups.

While publicly lobbying against a return to the multilateral accord, Israel is preparing itself for world powers and Iran to reach an agreement within days to revive the deal aimed at curbing the Islamic Republic’s nuclear program, Israeli television reported Friday. 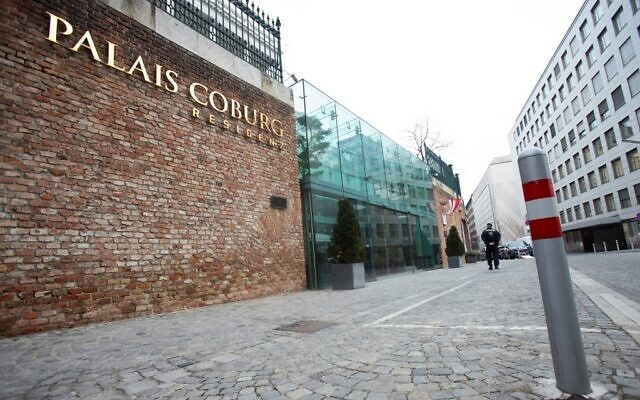 A police officer patrols outside the Hotel Palais Coburg in Vienna, where talks are being held on reviving the 2015 Iran nuclear deal, December 27, 2021. (Alex Halada/AFP)

Israel opposed the original agreement, formally known as the Joint Comprehensive Plan of Action, with then-prime minister Benjamin Netanyahu arguing that it actually paved the path to an Iranian nuclear arsenal.

The Netanyahu government then backed former US president Donald Trump’s decision to withdraw the US from the deal in 2018 and initiate a “maximum pressure” campaign against Iran, which led Tehran to publicly ramp up nuclear work in violation of the JCPOA.

US President Joe Biden is now seeking to revive the accord, on the condition that Iran will return to compliance.

Defense Minister Benny Gantz met with US Vice President Kamala Harris on Saturday and told her any future nuclear deal with Iran must include consistent enforcement by the International Atomic Energy Agency (IAEA).

Agencies contributed to this report.