In what ways are Russia’s nuclear forces superior to America’s?

In the past decade, Russia has made a number of breakthroughs in the development of nuclear weapons and their delivery vehicles, significantly outstripping Washington in several areas.

Russia and the US maintain quantitative parity in strategic weapons, whilst having different structures. However, the US leadership is extremely concerned that it lags behind Russia in the field of advanced missile defense systems. This stems from having underestimated Russian military potential and spent too heavily on armed conflicts (primarily in Afghanistan and Iraq), which ate up about $100 billion annually. After the withdrawal of US troops from Afghanistan and the significant drawdown in Iraq, the situation is starting to change. The US defense budget for 2022 will see substantial funds allocated for development of new weapons, including strategic ones. 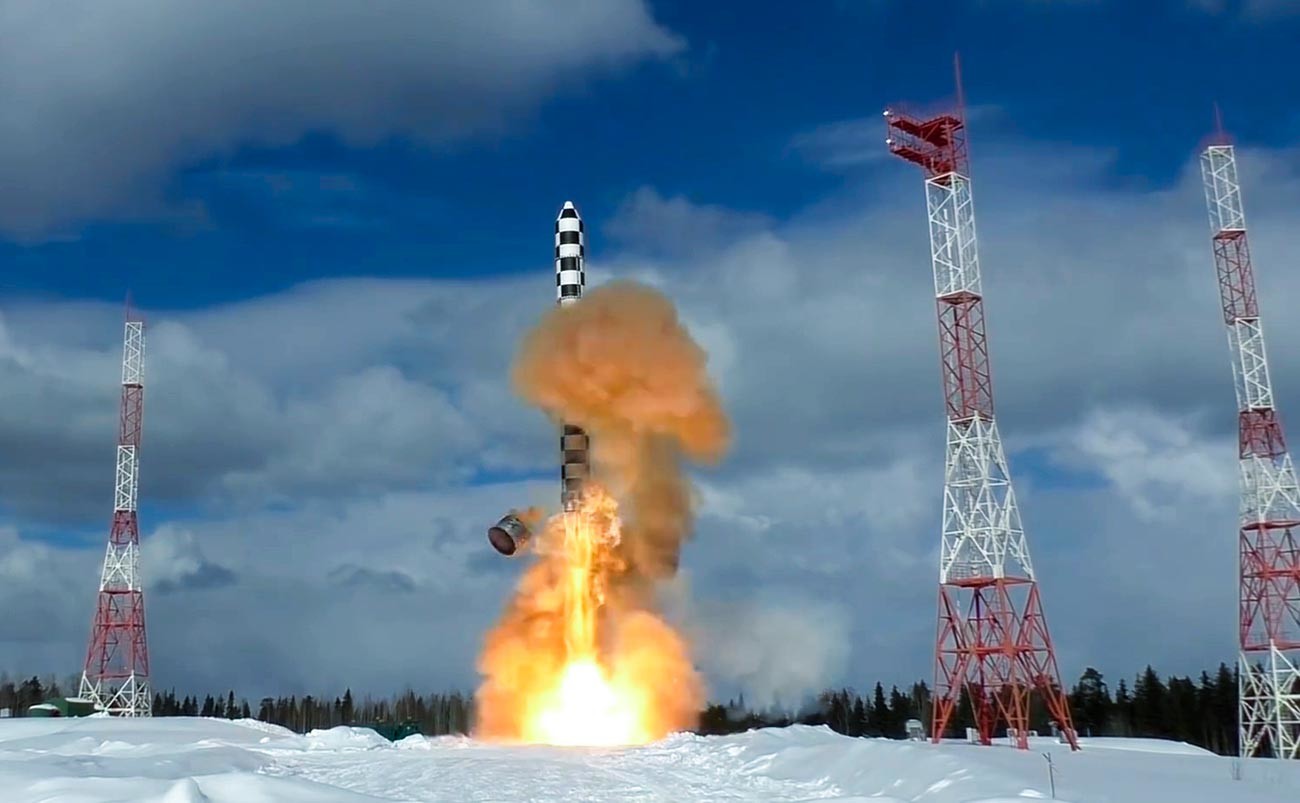 A major feature of Sarmat is its ability to strike enemy territory along a suborbital trajectory via the South Pole. If, say, the US were the target, this would allow a strike from the side of the Gulf of Mexico, where the Americans have no deployed anti-missile defense (ABM) systems. Note that the first production units of the Sarmat system will enter service with the SMF missile division, located in the town of Uzhur, Krasnoyarsk Territory, in 2022. This will effectively rule out any US interception attempts during the ICBM’s most vulnerable active flight phase.

For Russia’s sea-based Strategic Nuclear Forces (SNF), the development of the Poseidon oceanic multipurpose system, based on nuclear-powered uncrewed underwater vehicles, is crucial. Their virtually unlimited capability to remain underwater allows these vehicles to destroy enemy aircraft carriers and naval strike groups in any direction, as well as to hit coastal infrastructure facilities at intercontinental range. Armed with a thermonuclear warhead, they are able to reach a speed of 200 km/h. At present, vehicles of this type are carried by the special-purpose nuclear submarine K-329 Belgorod.

And for the air-based component of the Russian SNF, the low-flying, nuclear-powered Burevestnik stealth cruise missile is being developed, which has an almost unlimited flight range. It too will be equipped with a thermonuclear warhead. And although its speed is subsonic, the cruise missile will be able to evade interception by next-generation enemy systems, both missile-defense and air-defense ones.

These Russian developments have no equivalents anywhere in the world. Hence, the Pentagon and the White House have come under severe criticism domestically. However, the US will not be able to correct this imbalance in nuclear forces with Russia quickly, since building such systems requires not only significant financial resources, but time. 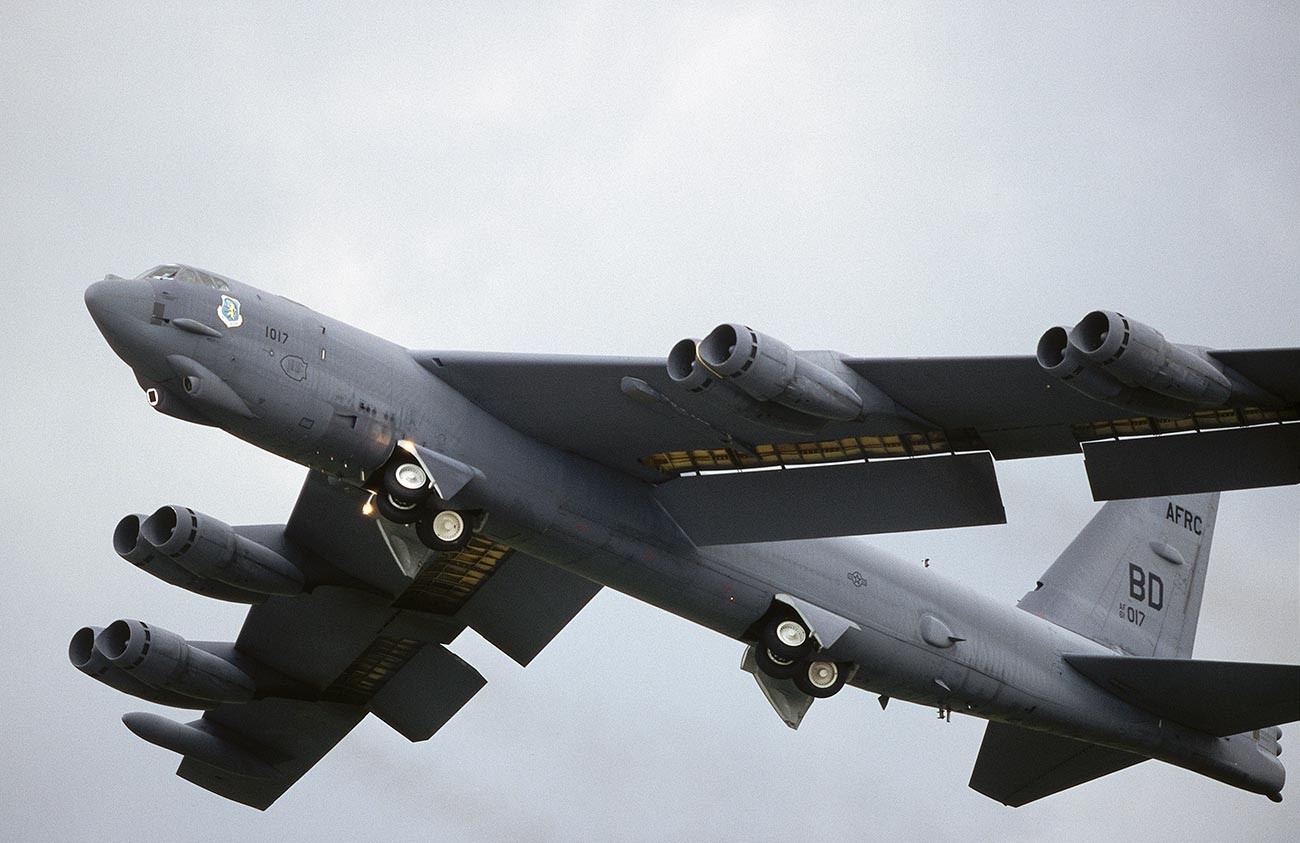 A comparison of the current state of Russian and US strategic nuclear forces shows that, on the whole, quantitative parity is being maintained, as reflected in the extended New START treaty, signed in 2010 in Prague.

However, Washington is banking primarily on the naval component of its SNF, having a significant superiority in the number of both nuclear-powered, missile-carrying strategic submarines (SSBN) and submarine-launched ballistic missiles (SLBM) installed on them. In particular, the Ohio-class SSBN has 24 SLBMs on board, while Russia’s Borei-class SSBN is fitted with 16. Moscow, on the other hand, is reliant on its SMF, having both stationary (silo-based) and mobile land missile systems. The US lacks the latter.

Russia has accused the US of exceeding the treaty’s ceiling on deployed and non-deployed strategic delivery vehicles. The Russian Foreign Ministry believes that, as of May 2021, this excess amounted to 56 Trident-II SLBM launchers and 41 B-52N heavy bombers. The US claims that these weapons are unsuitable for combat use.

According to official data, Russia has 768 deployed and non-deployed ICBM and SLBM launchers and heavy (strategic) bombers, and the US 800 (the ceiling limit). However, the US figure does not take into account the above weapons, which suggests that the Americans may have exceeded the ceiling of 101 strategic delivery vehicles. Meanwhile, the parties are fulfilling their obligations on deployed carriers: Russia has 517, the US 651 (the treaty sets a ceiling of 700).

The terms of the treaty in respect of nuclear warheads on deployed ICBMs and SLBMs (Russia 1,456, the US 1,357) are being observed (the treaty caps each country at 1,550 strategic deployed warheads and attributes one deployed warhead per deployed heavy bomber, no matter how many warheads each bomber carries). This is due to the “dumping” of missile combat stages, which creates serious upload potential on both sides.

The author is the head of the CIS Institute Department of Eurasian Integration and SCO Development.