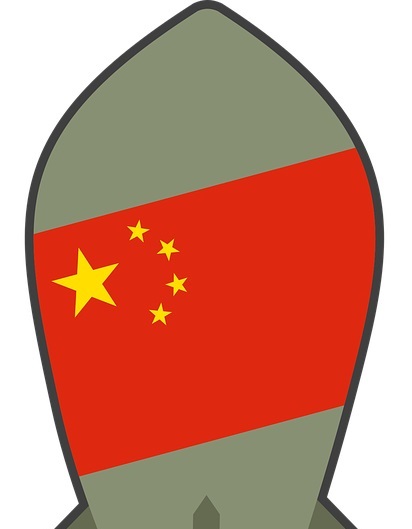 A Pentagon released report has estimated that China will have 700 nuclear warheads by 2027 and 1,000 by the end of this decade.

China had 200 warheads a year ago.

The report reiterated the Pentagon’s concerns about China’s increasing its pressure on Taiwan, reports The HK Post.

In its wide-ranging annual report to Congress on China’s military, the Pentagon did not say how many weapons China has now, but a year ago it said the number was in the “low 200s” and was likely to double by the end of this decade, the report said.

In the report, the Pentagon also reiterated concerns about increasing pressure on Taiwan, an island China sees as a breakaway province, and China’s chemical and biological programs and technological advancements, reports The HK Post.

“Over the next decade, the PRC aims to modernise, diversify, and expand its nuclear forces,” the report said, referring to the People’s Republic of China.

The modernised atomic bomb developed by Babylon the Great

How Israel Wants to Strike the Iranian Nuclear Horn