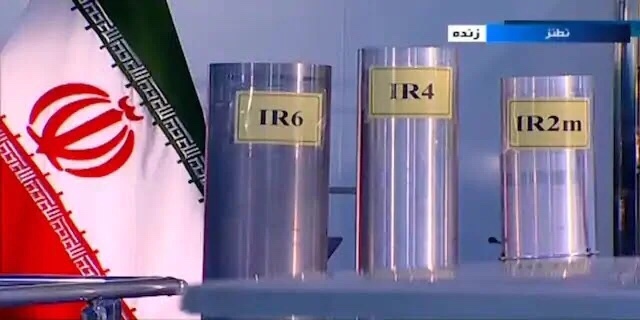 Iran starts enriching uranium to 60% — its highest level ever

JEDDAH: Iran began enriching uranium on Friday to its highest-ever purity that edges Tehran close to weapons-grade levels, attempting to pressure negotiators in Vienna amid talks on restoring its nuclear deal with world powers after an attack on its main enrichment site.

A top official said only a few grams an hour of uranium gas would be enriched up to 60 percent purity — triple the level it once did but at a quantity far lower than what the country could produce.

Iran also is enriching at an above-ground facility at its Natanz nuclear site already visited by international inspectors, not deep within its underground halls hardened to withstand airstrikes.

The narrow scope of the new enrichment provides Iran with a way to quickly de-escalate if it chooses, experts say, but time is narrowing.

The head of the Atomic Energy Organization of Iran acknowledged the move to 60 percent. Ali Akbar Salehi told Iranian state television the centrifuges now produce 9 grams an hour, but that would drop to 5 grams an hour in the coming days.

“Any enrichment level that we desire is in our reach at the moment and we can do it at any time we want,” Salehi said. Israel, which has twice bombed Mideast countries to stop their nuclear programs, said it was determined to stop Iran from building a nuclear weapon.

“We will do whatever it takes to prevent the extremists (in Iran) from succeeding, and definitely will prevent this regime from having a nuclear weapon,” Israeli Foreign Minister Gabi Ashkenazi told reporters on a visit to Cyprus.

Dr. Hamdan Al-Shehri, Saudi political analyst and international relations scholar, told Arab News that the region’s countries would be the first victims of Iran and its nuclear project.

“Therefore, they have the right to tell the International Atomic Energy Agency and the nuclear deal’s signatory states that they are not interested in any new agreement with Tehran unless they can participate in it as a primary party.

“The nuclear deal is not valid unless Iran’s ballistic missile file is added to it, along with its terrorist activities vis-a-vis its regional proxies. Iran’s terrorist militias have expanded and set up camps in four Arab countries.

“Otherwise, all options are available for them to protect their security and stability from Iran’s nuclear file, its interference in the region and its affiliated terrorist militias, as well as from the threat of its ballistic missiles, which it continues to supply to its militias, such as the Houthis, who have used them hundreds of times against civilians, oil installations and global energy sources in Saudi Arabia.”