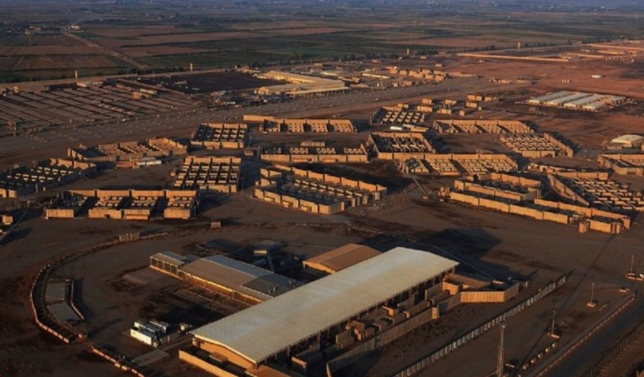 In comments to Iraq’s official news agency, Maj. Gen. Diaa Mohsen, commander of the Balad air base, said at least two rockets exploded inside the base, which houses US trainers. The attack comes days after an explosives-laden drone targeted US-led coalition forces near a northern Iraq airport, causing a large fire and damage to a building.

Mohsen said the attack resulted in the injury of two security forces, one of them in serious condition and the other only slightly. There was no material damage inside the base from the attack, he added.

The incident was the latest in a string of attacks that have targeted mostly American installations in Iraq in recent weeks. There was no immediate responsibility claim, but US officials have previously blamed Iran-backed Iraqi militia factions for such attacks.

American forces withdrew from Iraq in 2011 but returned in 2014 at the invitation of Iraq to help battle Daesh after it seized vast areas in the north and west of the country. In late 2020, US troop levels in Iraq were reduced to 2,500 after withdrawals based on orders from the Trump administration.

Calls grew for further US troop withdrawals after a US-directed drone strike killed Iranian Gen. Qassem Soleimani and an Iraqi militia leader in Baghdad in January 2020.

Last month, a base in western Iraq housing US-led coalition troops and contractors was hit by 10 rockets. One contractor was killed.