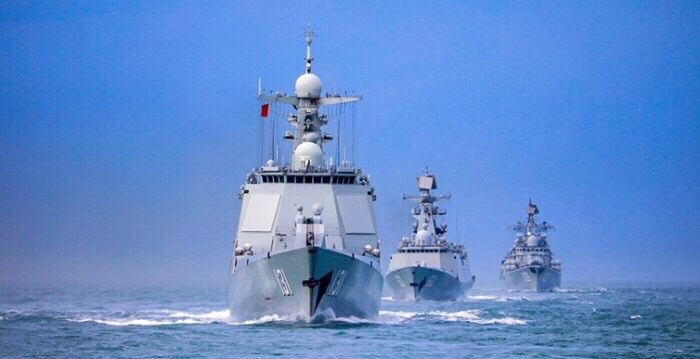 China will continue its efforts to spread its influence, undercut that of the United States, drive wedges between Washington and its allies and partners, and foster new international norms that favor the authoritarian Chinese system, according to a US intelligence report.

It, however, adds that Chinese leaders will probably seek opportunities to reduce tensions with the US when such opportunities suit their interests.

The 2021 Annual Threat Assessment report was released by the US Office of the Director of National Intelligence on Tuesday.

The report, a copy of which has been reviewed by The EurAsian Times, said the China-India border tensions remain high, despite some force pullbacks this year. On the India-Pakistan issue, it says although a general war between India and Pakistan is unlikely, crises between the two are likely to become more intense, risking an escalatory cycle.

“Under the leadership of Prime Minister Narendra Modi, India is more likely than in the past to respond with military force to perceived or real Pakistani provocations, and heightened tensions raise the risk of conflict between the two nuclear-armed neighbors, with violent unrest in Kashmir or a militant attack in India being potential flashpoints,” it read

Referring to the India-China border row, the report said China’s occupation since May 2020 of contested border areas in eastern Ladakh is the most serious escalation in decades and led to a deadly clash between the two armies. India lost 20 of its soldiers, while China officially claimed only four casualties.

“As of mid-February, after multiple rounds of talks, both sides were pulling back forces and equipment from some sites along the disputed border,” it said.

In the South China Sea, Beijing will continue to intimidate littoral states and will use its military assets and maritime law enforcement platforms to send out a message to Southeast Asian countries that China has effective control over contested areas. “China is similarly pressuring Japan over contested areas in the East China Sea”.

Referring to the China-Taiwan tensions, the intelligence report says, the communist country will press Taiwan authorities to move toward unification and will condemn what it views as increased US-Taiwan engagement.

“We expect that friction will grow as Beijing steps up attempts to portray Taipei as internationally isolated and dependent on the mainland for economic prosperity, and as China continues to increase military activity around the island.”

Beijing will continue to promote its ambitious Belt and Road Initiative (BRI) to expand China’s economic, political, and military presence abroad. China will try to increase its influence using “vaccine diplomacy,” giving countries favored access to the COVID-19 vaccines it is developing.

Sounding an alarm over WMD (weapons of mass destruction), the intelligence assessment revealed that China will continue the most rapid expansion and platform diversification of its nuclear arsenal in its history, intending to at least double the size of its nuclear stockpile during the next decade and to field a nuclear triad.

“Beijing is not interested in arms control agreements that restrict its modernization plans and will not agree to substantive negotiations that lock in US or Russian nuclear advantages.”

In the cyber domain, China presents a “prolific and effective cyber-espionage threat”, it said. The report underlined that Beijing possesses substantial cyber-attack capabilities, and presents a growing influence threat.

“China’s cyber pursuits and proliferation of related technologies increase the threats of cyber attacks against the US homeland, suppression of US web content that Beijing views as threatening to its internal ideological control, and the expansion of technology-driven authoritarianism around the world.”