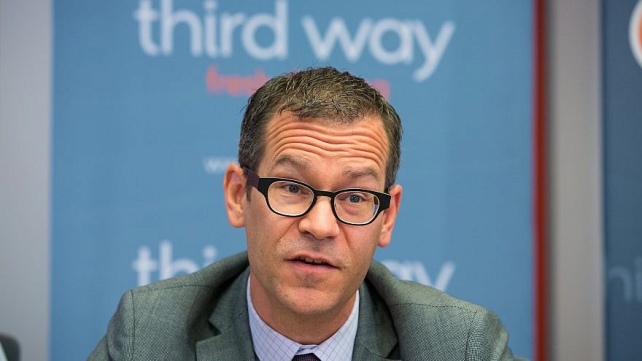 Biden’s pick for undersecretary of defense should worry Israel

Despite voicing support for Israel’s government, US President Biden has thrown his full support behind the candidacy of political adviser Colin Kahl, a man who helped formulate the Iran nuclear deal and enlisted support for the infamous anti-Israel UN Security Council resolution adopted at the end of Obama’s second term.

At a time when Israel is in over its head in domestic affairs, the skies are also darkening on the diplomatic front. Far away from Israeli public opinion, a battle is going on in the US Senate over political adviser Colin Kahl’s appointment as Colin Kahl as undersecretary of defense for policy.

Kahl has quite the anti-Israel record. He thinks the bombing of the nuclear reactor in Iraq was 1981 was a mistake. In 2012, he acted to remove recognition of Jerusalem as Israel’s capital from the Democratic party’s platform. In 2015, he was among those to formulate the Iran nuclear deal. In 2016, at the end of his term, then-US President Barack Obama tasked him with enlisting support for the anti-Israel UN Security Council Resolution 2334 that determined Israeli communities in Judea and Samaria were a violation of international law.

Despite his words of support for Israel’s government, US President Joe Biden has thrown his full support behind Kahl’s candidacy. While it remains clear whether the appointment will be approved, one must wonder why three retired Israeli generals – Amos Gilad, Amos Yedlin, and Gadi Shamini – agreed to voice their support for Kahl’s nomination. His promotion is a reflection of just how low Israel-US ties have gone in the 15 weeks since Biden entered office.

On the Iranian issue, an existential one for Israel, the US is rushing back into the miserable nuclear deal. The accord paves the way for Iran’s nuclear armament, will funnel hundreds of millions of dollars to the terrorist organizations Tehran arms and will allow the ayatollahs to continue to develop a ballistic missile system that threatens world peace. Having apparently learned nothing from the past, in the Palestinian arena, Biden has renewed economic aid to the Palestinian Authority and UNRWA, the UN agency for Palestinian refugees, without monitoring where the money goes or implementing reforms that would see incitement removed from Palestinian textbooks once and for all.

As for international organizations, Biden removed sanctions on the International Criminal Court and its chief prosecutor Fatou Bensouda.

Despite US Secretary of State Antony Blinken’s assurances Washington would have Israel’s back when it came to the ICC, there are rumors a shady deal is being cut that would see the US administration revoke sanctions in return for the closure of investigations against members of the US military. As for the Israelis, however, the Americans have reportedly alluded to the ICC that it should proceed as it sees fit.

Biden promised an improved nuclear deal, but nothing of the sort is on the table. In the Senate, Blinken declared the renewal of US aid to the Palestinians would be conditioned on the end of their pay-to-slay scheme, but there have been no new developments on that front. Blinken even committed to defending Israel from the ICC, but in the meantime, all the US has done is revoke sanctions on the international body.

Biden may want to support Israel, but with appointments and moves like these, he is implementing policies that do the exact opposite. The coming storm is just another reason why Israel must form a functioning government now.