Watch 3 Russian Nuclear Submarines Smash Through Arctic Ice at Once

It’s a show of force with a loud message: the subs can fire their missiles from places U.S. forces can’t reach.

Three Russian missile submarines carrying up to 200 nuclear weapons surfaced in the Arctic Ocean last week, demonstrating their ability to conduct their nuclear mission in emergencies.

The submarines, part of Moscow’s nuclear deterrent force, forced their way through ice that’s several feet thick. In wartime, the subs would hide under the ice from NATO anti-submarine forces.

The exercise took place near Franz Josef Land, an island archipelago off the coast of Russia in the Arctic Ocean. The islands are just 625 miles south of the North Pole. In March, the temperatures hover between an average of 8 and 18 degrees Fahrenheit and the sea is covered with a thick layer of ice. 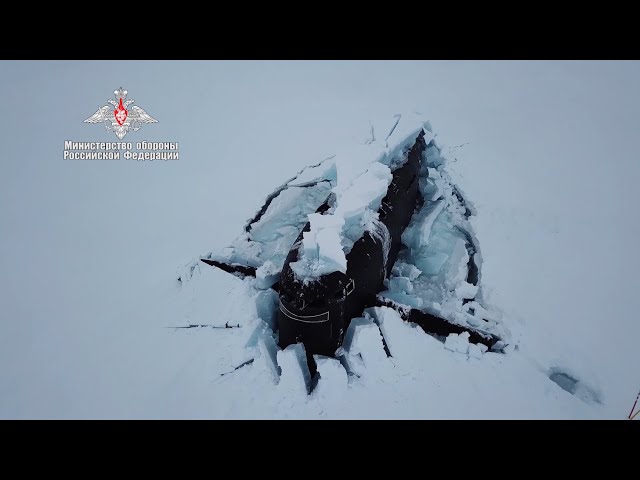 On March 20, the three ballistic missile submarines—two Delta IV subs and one Borei-class sub, per The Barents Observer—surfaced off the coast of the archipelago, using their sails to break through the thick ice crust. The submarines surfaced within a radius of 300 meters, demonstrating their ability to navigate with precision even under polar ice.

The ice appears to differ in thickness. Some of the ice appears approximately 1 foot thick, while one Delta-class submarine, with its sail-mounted diving planes pivoted upward, looks like it surfaced in 3 feet of ice. 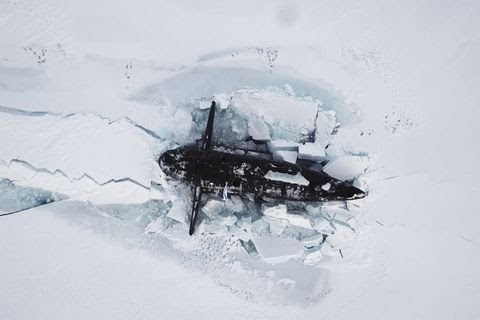 The sail of one Delta IV submarine, with hydroplanes rotated upward to assist breaking through the ice.
RUSSIAN MINISTRY OF DEFENSE

Each of the 32 Sineva missiles carries four 100-kiloton warheads, for a total of 128 warheads and up to 12.8 megatons of nuclear firepower. The 16 Bulava missiles aboard the Borei pack a theoretical total of 160 warheads, for up to 16 megatons of firepower. That’s a possible total of 28.8 megatons, or 28,800 kilotons. (By comparison, the Hiroshima explosion was about 16 kilotons.)

The real number of warheads aboard the three subs is unknown, but it’s likely about 10 percent less, with the balance made up of reentry vehicle decoys or penetration aids like jammers or radar-obscuring chaff to confuse enemy missile defenses.

The three submarines are part of Russia’s sea-based nuclear deterrent, complementing its cruise missile-armed bomber force and land-based missiles. Unlike American submarines, Russia’s missile subs are meant to operate close to the homeland. The sub fleets operate in “bastions” in the Barents Sea and Sea of Okhotsk, where they can be protected by land-based anti-submarine warfare aircraft and helicopters, and warships at sea. 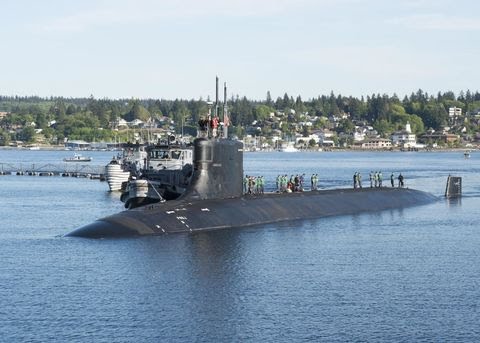 The ultimate bastion for Russian submarines is in the far north, under the pack ice. There, the ice forms a protective layer against NATO ships and aircraft hunting the submarines. But Russian subs operating under the ice, while relatively safe, still face one formidable opponent: the U.S. Navy’s three Seawolf-class nuclear powered attack submarines.

The three subs—Seawolf, Connecticut, and Jimmy Carter—were all explicitly designed to operate under the ice and hunt missile firing submarines.

The Russian Navy exercise is similar to the Anglo-American ICEX 2018 exercise, when the U.S. submarines USS Hamptonand USS Hartford and Royal Navy submarine HMS Trenchant surfaced together in the Arctic.