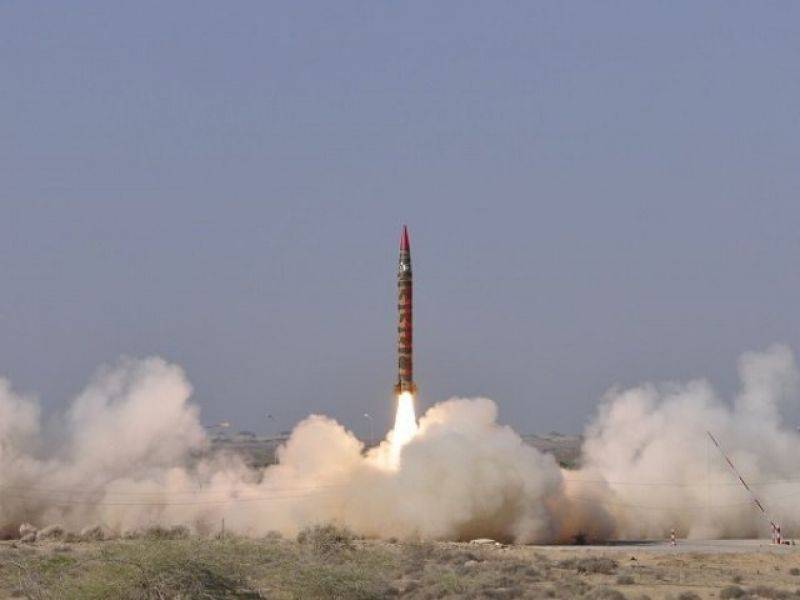 Pakistan on Friday successfully test-fired a nuclear-capable surface-to-surface ballistic missile with a range of 900 kilometres, the Army said.

The test of Shaheen-1A surface to surface ballistic missile was aimed at re-validating various design and technical parameters of the weapon system including advanced navigation system, the media wing of the Pakistani army—the Inter-Services Public Relations (ISPR)—said in a statement.

The Army’s media wing said that the missile has a range of 900 kilometers. Shaheen 1-A with its sophisticated and advanced guidance system is a highly accurate missile system.

The launch was witnessed by senior officials from Strategic Plans Division, strategic forces, scientists and engineers of strategic organisations.

He appreciated the technical prowess, dedication and commitment of scientists and engineers, who contributed whole-heartedly in making the missile launch successful.

President Arif Alvi, Prime Minister of Pakistan Imran Khan, Chairman Joint Chiefs of Staff Committee and Services Chiefs have congratulated the scientists and engineers on successful conduct of the missile test, according to the army.

In February, Pakistan successfully test-fired a nuclear-capable surface-to-surface ballistic missile which can strike targets up to 290 kilometres, the Army said.

The launch of Ghaznavi missile was “culmination of Annual Field Training Exercise of Army Strategic Forces Command,” the ISPR had said. — PTI

Explosives set off outside the Temple Walls: Revelation 11

Russia and China won’t get Iran to the table: Daniel 8

The agonizing problem of the Pakistani Nuclear Horn: Revelation 8

Despite Iraq election win, the Antichrist still has to work with the Iranian Horn