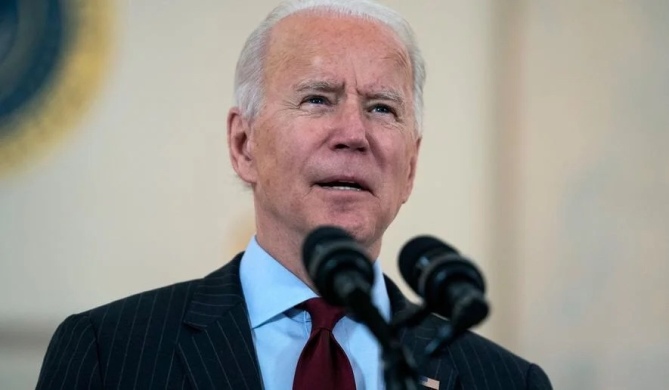 A group of more than 30 House Democrats is asking President Biden to give up his sole control of U.S. nuclear weapons.

In a letter led by Rep. Jimmy Panetta of California, the Democrats ask that their party’s leader alter the command-and-control structure surrounding America’s nuclear arsenal so that no single person can launch the weapons.

“Vesting one person with this authority entails real risks,” the letter states. “Past presidents have threatened to attack other countries with nuclear weapons or exhibited behavior that caused other officials to express concern about the president’s judgment.”

The letter suggests such changes to the command of the U.S. arsenal as  requiring approval also from officials in the constitutional line of succession, specifically including the vice president and the House speaker, “neither of whom can be removed by the president if they disagree.”

The U.S. nuclear codes, carried in the famous ”football,” allow the president to launch America’s nuclear arsenal, a change that was made during the Cold War because nuclear weapons theoretically could begin and end a war within an hour, before there would be time to go through the traditional process of declaring war and mobilizing an army.

The nearly three dozen Democrats though more fear a U.S. president starting a war on his own.

“While any president would presumably consult with advisors before ordering a nuclear attack, there is no requirement to do so,” the letter adds. “The military is obligated to carry out the order if they assess it is legal under the laws of war. Under the current posture of U.S. nuclear forces, that attack would happen in minutes.”