Iran learning it can threaten Biden to get its way on nuclear talks: Ric Grenell

When Tehran makes threats, Biden ‘is going to hop to it and respond to them,’ ex-DNI tells ‘Your World’

The Trump administration withdrew the U.S. from the 2015 Iran nuclear deal in 2018, but Biden campaigned on reentering it and rescinded Trump’s efforts to reimpose United Nations sanctions against Iran.

State Department spokesman Ned Price said Thursday that the Biden administration would “accept an invitation from the European Union High Representative to attend a meeting of the P5+1 and Iran to discuss a diplomatic way forward on Iran’s nuclear program.”

The announcement came days after a rocket attack on a U.S. airbase in northern Iraq that was claimed by an Iranian-linked Iraqi Shiite militia. However, the Biden administration has yet to formally blame any group for the attack.

“We’ve seen with the Iranians over the last two days a threat,” Grenell told host Neil Cavuto. “They said that if we didn’t drop all the sanctions … that they would not allow the inspectors back in. We already have a very weak inspection regime there.”

Grenell noted that Europe’s foreign ministers have said Iran’s threatening rhetoric is not a good sign for the prospects of peace, but Secretary of State Antony Blinken and Biden have taken the opposite approach.

“The lessons, I think, that the Iranians learn [is], when they use threats against the United States, the Biden administration is going to hop to it and respond to them,” he said. “I think it’s a really slippery slope.” 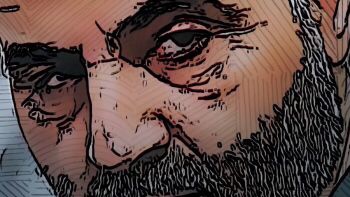 Moscow calls on Iran for ‘restraint’ after uranium metal production

MOSCOW: Russia has urged Iran to show restraint after it started producing uranium metal in a new breach of limits laid out in Tehran’s nuclear deal with world powers.

“We understandz do the logic of their actions and the reasons prompting Iran. Despite this it is necessary to show restraint and a responsible approach,” Deputy Foreign Minister Sergei Ryabkov told state news agency RIA Novosti.

The Vienna-based International Atomic Energy Agency (IAEA) said on Wednesday that it had verified the production of 3.6 grams of uranium metal at a plant in Iran.

The landmark deal — reached in 2015 by the US, China, Russia, Germany, France and Britain — contained a 15-year ban on “producing or acquiring plutonium or uranium metals or their alloys.”

Iran said last month it was researching uranium metal production, a sensitive issue because uranium metal can be used as a component in nuclear weapons.

Ryabkov said Iran’s move demonstrated Tehran’s “determination not to put up with the current situation,” after it warned that time was running out for US President Joe Biden’s administration to save the agreement.

In 2018, US President Donald Trump dramatically withdrew from the Iran nuclear deal and reimposed crippling economic sanctions on Tehran.

Trump’s successor Biden is seeking to revive the agreement, but the two sides appear to be in a standoff over who acts first.

The report said the annual exercise was ongoing in the southwest of the country and had aimed at readiness and assessment of forces.

Drones and helicopters will be used in the drill, too.

In recent months, Iran has increased its military drills as the country tries to pressure President Biden over the nuclear accord.

In January, the Guard conducted a drill and launched anti-warship ballistic missiles at a simulated target in the Indian Ocean.

A week before that, Iran’s navy fired cruise missiles as part of a naval drill in the Gulf of Oman, state media reported, under surveillance of what appeared to be a US nuclear submarine. That came after speedboats parade in the Gulf and a massive drone exercise across the country.

By Rami Ayyub and Nidal al-Mughrabi

TEL AVIV/GAZA (Reuters) – The Palestinian Authority (PA) accused Israel on Monday of holding up the delivery of COVID-19 vaccines into Gaza, where Palestinians have yet to receive any doses.

A Palestinian official told Reuters that the PA tried to send 2,000 doses of Russia’s Sputnik V vaccine from the occupied West Bank to Gaza on Monday, but that Israel stopped the shipment at a West Bank checkpoint “and informed the Palestinians there was no approval to continue to Gaza.”

An Israeli security official said the PA’s request to send the 2,000 doses was “still being examined” and that “an approval hasn’t yet been given”.

PA officials say they submitted the transfer request to Israeli defence authorities soon after receiving an initial shipment of 10,000 Russian doses in the West Bank on Feb. 4.

“Today, 2,000 doses of the Russian Sputnik V vaccine were transferred to enter the Gaza Strip, but the occupation authorities prevented their entry,” a statement from PA Health Minister Mai Alkaila said.

The vaccine shipment was returned to Ramallah because it needs to be kept under cold temperatures, the Palestinian official said.

The delay highlights the challenges that Palestinians may face inoculating citizens across the West Bank and Gaza – two geographically-divided areas that Israel captured in a 1967 war and which are home to 5.2 million Palestinians.

Israel controls all entry and exit points to the West Bank and most of the coastal and land boundaries of the Gaza Strip, apart from a narrow border adjoining Egypt in the south.

Both Israel and Egypt maintain a blockade on the coastal strip, citing security fears about the Islamist militant group Hamas, which has controlled Gaza since 2007.

Palestinians and rights groups have accused Israel, a world leader in the rollout of COVID-19 vaccines, of ignoring its duties as an occupying power by not including the Palestinian populations of the West Bank and Gaza Strip in their inoculation programme.

Israeli officials have said that under the Oslo peace accords, the Palestinian Health Ministry is responsible for vaccinating people in Gaza and parts of the West Bank where the PA has limited self-rule.

The PA began administering vaccines to health workers in the West Bank on Feb. 2, after receiving a small shipment of Moderna Inc vaccines from Israel.

No group immediately claimed the attack. It was the secondsalvo of rockets to hit a base hosting U.S. forces orcontractors in less than a week.

The officials spoke on condition of anonymity because theyare not authorised to speak to the media. Armed groups that someIraqi officials say are backed by Iran have claimed similarincidents in the past.(Reporting by Ghazwan Hassan; Writing by John Davison; Editingby Giles Elgood) 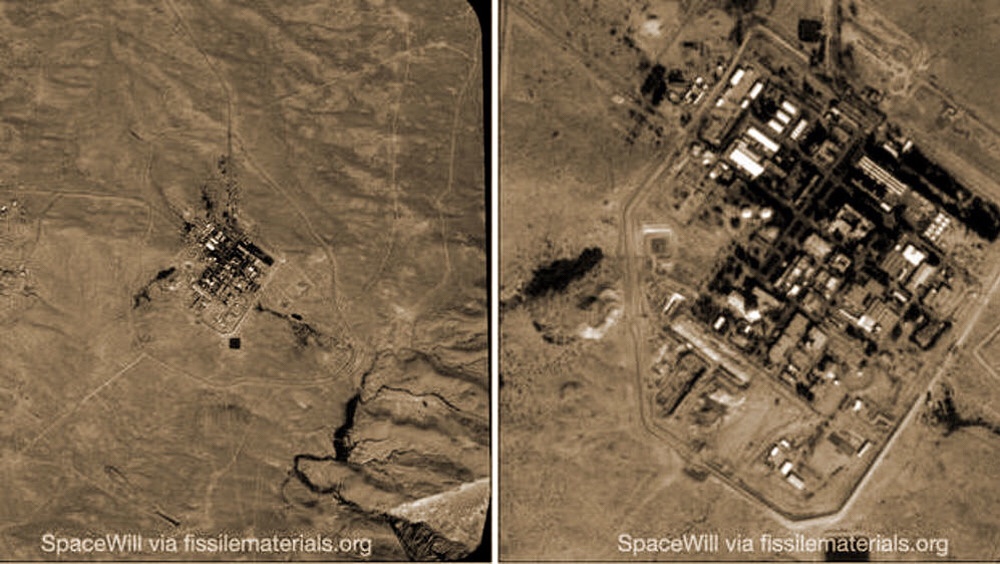 Newly-released satellite images have revealed that the Israeli regime — the sole possessor of nuclear arms in the Middle East — is conducting “significant” constructive activities at the highly-secretive Dimona nuclear facility in the Negev Desert.

Citing commercial satellite imagery of the facility, the International Panel on Fissile Material (IPFM), a group of independent nuclear experts from 17 countries, reported Thursday that “significant new construction” had been underway at the Dimona complex.

The construction site sits “in the immediate vicinity of the buildings that house the nuclear reactor and the reprocessing plant,” the report said.

The IPFM’s website said the construction had “expanded and appears to be actively underway with multiple construction vehicles present,” adding, however, that the purpose was not known.

It was unclear when the construction work began, but Pavel Podvig, a researcher with the program on science and global security at Princeton University, told The Guardian that the project had apparently been launched in late 2018 and 2019.

“But that’s all we can say at this point,” he added.

Israel has tightly withheld information about its nuclear weapons program, but the regime is estimated to be keeping at least 90 nuclear warheads in its arsenal, according to the non-profit organization Federation of American Scientists (FAS).

The warheads, FAS said, had been produced from plutonium obtained at the Dimona facility’s heavy water reactor. 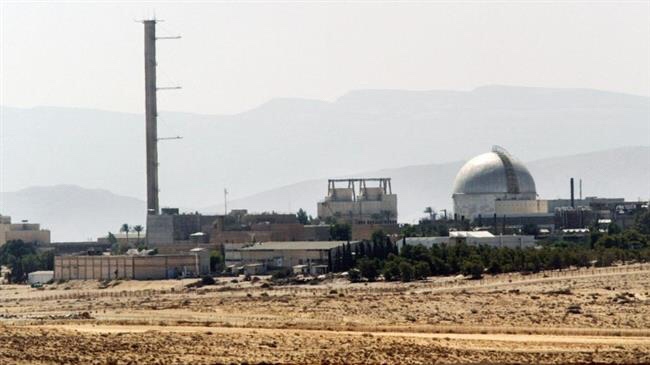 Israel in possession of close to 100 nuclear warheads: SIPRI

A new report reveals that the Israeli regime, which has a long-standing policy of not commenting on its nuclear arsenal, is in possession of approximately 100 nuclear warheads.

Dimona, which is widely believed to be key to Israel’s nuclear arms manufacturing program, was built with covert assistance from the French government and activated sometime between 1962–1964, according to reports.

Israel has acknowledged the existence of the Dimona nuclear reactor, but neither confirms nor denies the purpose of the facility, which is assumed to be the manufacturing of nukes.

Meanwhile, environmentalists have warned that Dimona — one of the world’s oldest nuclear facilities — could pose enormous environmental and security threats those living in the area and to the entire Middle East, calling on the regime to shut down the complex.

Turning a deaf ear to international calls for nuclear transparency, the regime has so far refused, with the US’s invariable support, to join the Non-Proliferation Treaty (NPT) that is aimed at preventing the spread of nuclear weapons.

As US plays off India and China, it risks losing a nuclear-armed ally: Pakistan

As Washington’s focus switches from war on terror to its rivalry with China, Pakistan finds it has lost priority billing in US foreign policy

With Islamabad clashing with India over Kashmir, and taking billions of dollars of investment from Beijing, it may decide its future lies with China

A month after Joe Biden assumed the US presidency, Pakistan is increasingly concerned that the direction of its future relationship with the United States could be determined by Washington’s competition with China and the role that neighbouring nemesis India might play in it.

Since assuming power on January 20, Biden’s administration has placed great emphasis on strengthening the role of the Quadrilateral Alliance comprising the US and its key allies in the Indo-Pacific geopolitical theatre: Japan, Australia and India.

Building a “stronger regional architecture” under the umbrella of the Quad to counter China’s expanding role in the Indo-Pacific has figured prominently in US government readouts about recent conversations between the US secretaries of state and defence and their Indian counterparts, as well as for Biden’s video conference with Prime Minister Narendra Modi on February 8.

As China’s close ally and India’s historical enemy, “Islamabad will want to avoid getting in the crosshairs of US-China competition”, said Maleeha Lodhi, a former Pakistan ambassador to the US, United Nations and Britain. “And while it seeks an improved relationship with the US, it is obvious to Islamabad that Pakistan’s strategic future lies with China.”

Who Killed the Civilian Contractor in Iraq Rocket Attack?

Iran : A ‘Horn’ going for an atomic bomb