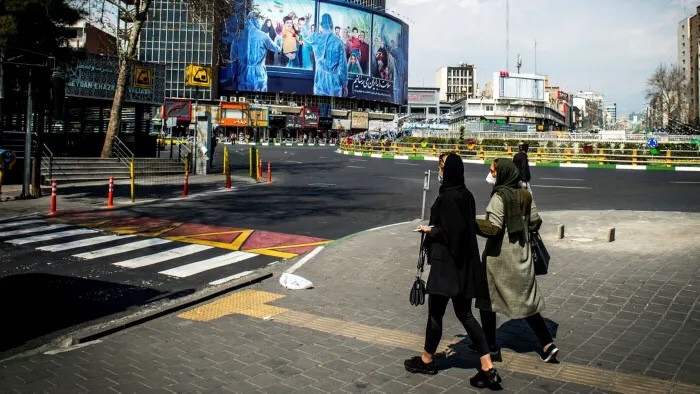 Reviving the Iran nuclear deal will test Joe Biden Tehran says the ball is in America’s court, but Washington first wants compliance Central Tehran during the pandemic. Iran’s young population is suffering social and political repression and sinking into poverty exacerbated by US economic sanctions and Covid-19 © Ali Mohammadi/Bloomberg US president Joe Biden’s incoming foreign policy team, full of veterans from the Barack Obama administrations, will have no illusions about how tricky it will be to refloat the 2015 nuclear deal with Iran that was torpedoed by Donald Trump in 2018. They know from direct experience how canny Iranian negotiators are — and how antagonistic relations have become with the Islamic Republic. Analysts such as Jon Alterman at Washington’s CSIS think-tank argues that Tehran sees negotiations as a way to contain the US, rather than reach solutions. US allies in the region — such as Israel — say there can be no return to the 2015 accord, even though that mothballed most of Iran’s nuclear programme and submitted it to outside monitoring. A hostile Saudi Arabia says the Gulf must be consulted on any new deal. Israel, to underline its point, was almost certainly behind the assassination last November of Mohsen Fakhrizadeh, Iran’s top nuclear physicist, as well as the murder of four scientists on his staff in 2010-12. Both sides, moreover, are adopting a “you first” approach. Iran says the ball is in America’s court since the Trump administration unilaterally tore up a deal Tehran was then fulfilling. The Biden team says Iran must first resume compliance with the 2015 accord (it raised uranium enrichment above agreed levels of volume and purity, albeit one year after Washington’s withdrawal). Determined diplomats could fudge their way through to a road map to resume talks. But will Iran, embittered by a siege-by-sanction intended to destroy its economy and topple its regime, ever trust the US again? And could Iran’s neighbours — rivals for regional hegemony who see the Shia Islamist republic as neo-Persian imperialists — ever trust Tehran? Then there are the Iranian people to consider. It is a young population, suffering social and political repression and sinking into poverty exacerbated by US economic sanctions and the pandemic. For the mullahs and militiamen who ultimately run Iran’s tyrannical theocracy, the 2015 deal was a threat and a swindle. Watching how Iranians warmly embraced it as a path back to the modern world, they saw a slippery slope to regime change. When the US reneged on its commitment to readmit Iran to world markets, the Islamist reactionaries in Tehran were able to force pragmatists led by President Hassan Rouhani to retreat. When reformists led by then-president Mohammad Khatami offered the US a “grand bargain” in 2003, George W Bush as US president placed Iran on the “axis of evil” alongside Iraq and North Korea. For hardliners, and many Iranians, Mr Trump was therefore merely being true to form. America and Iran have haunted each other for generations. Americans vividly remember Iran’s seizure of their Tehran embassy and hostage-taking after the 1979 revolution. Hizbollah’s destruction of the US embassy in Beirut and the truck bombing that killed 241 personnel there in the early 1980s is also not forgotten. Iran’s grievances go all the way back to the CIA-organised coup of 1953. The US-led invasion of Iraq 50 years later whipped up an ethno-sectarian whirlwind, pitting Sunni against Shia across the Muslim world. It was obvious Iran would use majority-Shia Iraq as a defensive buffer and a new launch pad to expand its regional influence. This was doubly inevitable since during the 1980-88 Iraq-Iran war the west had supplied Saddam Hussein with chemical weapons to rain down on Iran’s troops and ballistic missiles to pulverise its cities. Iranians do not forget this. But the memory coexists uneasily with anger at the unaffordable waste and political cost of today’s breast-beating Iranian interventions beyond Iraq in Syria, Lebanon and Yemen. There were popular uprisings in 2019-20 against Iran and its proxies in Iraq and Lebanon, as well as mass protests inside Iran. Most Iraqis and Lebanese do not want to be part of an Iranian protectorate. Many Iranians, who regularly vote for change and rise up roughly each decade, clearly resent being ruled by thugs, kleptocrats and Shia supremacists. Indeed, this theocracy has turned Iranians into arguably the most secular-minded people in the Middle East. Dutch research suggests more than two-thirds of Iranians “opposed the inclusion of religious precepts in national legislation”. The US, therefore, might once again be tempted to overplay its hand. Mr Biden’s negotiators will know from the run-up to 2015 that talks only really began once Washington took regime change off the table. But if they do that now they will demand measurable assurances on Iran’s regional behaviour. That is not so very distinct in Tehran’s eyes from the Trumpian (and Israeli and Saudi) demand it axes its ballistic missile programme and wraps up the militia networks through which it has built a Shia axis of power from the Caspian Sea to the Mediterranean and down into the Gulf. That is, right now, a non-starter. Especially as Israel steps up its air strikes and sabotage against Iranian targets and assets across the region. The US policy of “maximum pressure” has met maximum pushback. The US, and other guarantors of the nuclear compact, should walk it back towards 2015. But regional detente requires a new security architecture, including all the actors. This needs to be built from the ground up, and reinforced by a broad international diplomatic coalition that underwrites it. The US has lost trust among allies as well as adversaries. It cannot attempt this alone. david.gardner@ft.com