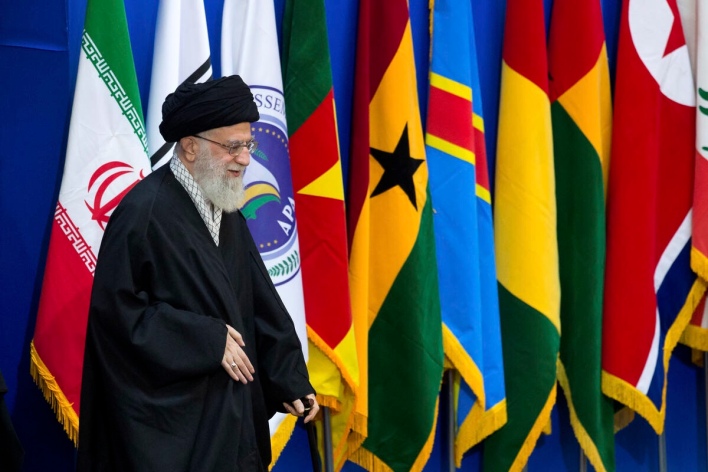 Tehran, Jan 9 (IANS) The Iranian Supreme Leader Ayatollah Ali Khamenei said in a televised speech that the West has a duty to immediately stop the sanctions against Iran, and Iran will resume its commitments if its counterparts fulfill theirs.

“The western front must put an end to this vicious sanctions against the Iranian people, and they must do it immediately. It is their duty to lift all sanctions,” Khamenei said on Friday, Xinhua news agency reported.

He also called on officials to make plans for Iran’s economy based on the assumption that the sanctions will not be lifted, relying on internal capacities and implementing resistance economy policies.

Later in the speech, Iran’s top leader said Iran “is not in a hurry” for the U.S. to reintegrate the 2015 nuclear deal, but it has the “reasonable demand” that the sanctions are lifted.

Talking about Iran’s regional presence, Khamenei said Iran has the duty to act in such a way that its allies will be strengthened, noting that Iran will not change its foreign policy.

He pointed in his speech to the United States as a destabilizing force in “Iran, Iraq, Syria, Lebanon, and other countries in the region” in its pursuit of the “domination” of West Asia.

Iran’s top leader recalled the western support for electoral protests in Iran in 2009, and said Washington was then seeking to “create insecurity and civil war” in Iran without success, and now, the U.S. is suffering a similar fate in its own territory, referring to the incidents in the U.S. capitol on Wednesday.

Talking about Iran’s defence capabilities, Khamenei said that the country’s authorities “do not have the right” to bring about a situation in which Iran can suffer a military attack without having the means to respond.