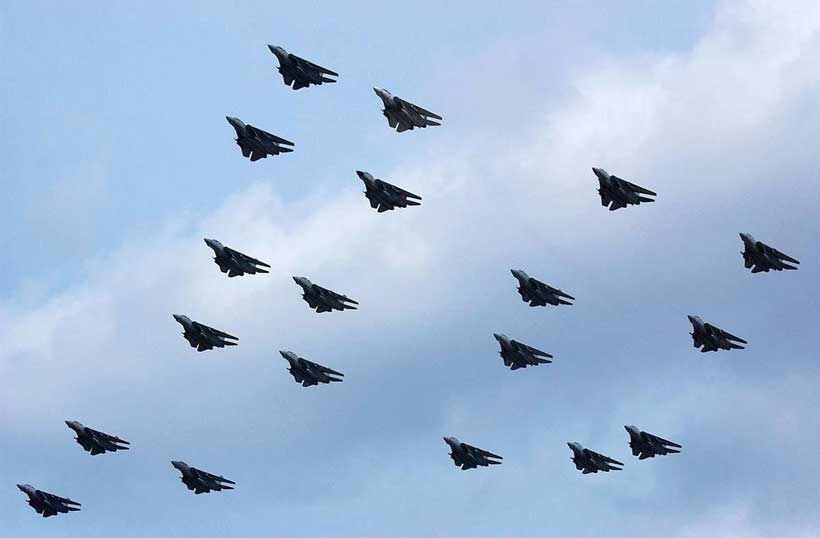 Global Firepower (GFP) list relies on more than 50 factors to determine a nation’s Power Index (‘PwrIndx’) score with categories ranging from military might and financials to logistical capability and geography.

Our unique, in-house formula allows for smaller, more technologically-advanced, nations to compete with larger, lesser-developed ones. In the form of bonuses and penalties, special modifiers are applied to further refine the annual list. Color arrows indicate a year-over-year trend comparison.

The geopolitical environment, especially the regional security situation, is quite hostile. Pakistan is bordering India, a typical adversary and has not accepted Pakistan’s independence from the core of heart, and always trying to damage Pakistan. The Kashmir issue is a long standing issue between the two rivals. On the other hand, the Afghan situation is a permanent security threat for Pakistan. Bordering Iran means always facing a danger of aggression from the US or Israel on Iran, resulting in vulnerabilities in Pakistan. The Middle East is a hot burning region and posing instability in the region. The growing tension between China and the US is also a source of a major headache for Pakistan.

Under such a scenario, Pakistan has to be very conscious regarding its security and sovereignty. Although Pakistan’s ailing economy is not supporting its defense needs, it may not compromise strategic issues for its survival. Pakistan focuses on the quality of its forces instead of quantity. The tough training makes a real difference—the utilization of Science and Technology-enabled Pakistan to maintain its supremacy.

Pakistan is situated at a crucial location – the entrance point to the oil-rich Arabian Gulf is just on the major trading route for energy. Pakistan is at the conjunction of Africa, Europe, Eurasia, Central Asia, East Asia, South Asia, and China. Pakistan is a pivotal state and always focus of world powers.

During the cold war era, Pakistan sided with the US and protected the region’s American interests. The US military establishment knows well that as long as Pakistan stands with the US, it can achieve all its strategic goals in the region. However, It was the American choice to give more importance to India and ignore Pakistan.

Pakistan is a peace-loving nation and struggling for the promotion of peace globally. Pakistan always raises its voice at the UN and other international forums for oppressed ones and against any injustice. Pakistan. In the history of seven decades, Pakistan was never involved in any aggression against any country. Pakistan’s official stance is, “We are partner for peace with any country, any nation, or individuals.” Pakistan is a partner and supporter of any peace-initiative in any part of the world.

However, Pakistan is always prepared to protect its territorial integrity and will not allow any aggressor to harm our sovereignty at any cost. Pakistan is determined for its independence and geographical integrity.

Pakistan is no threat to any country or nation. Neither have any intention of expansion. But always ready to give a tough time to any aggressor.

Germany States the Obvious About the Iranian Nuclear Horn: Daniel

The wizards of Armageddon are back: Revelation 16

There Can Never Be Peace With The Iranian Horn

Violence Will Erupt If Abbas Cancels the Palestinian Elections: Revelation 11