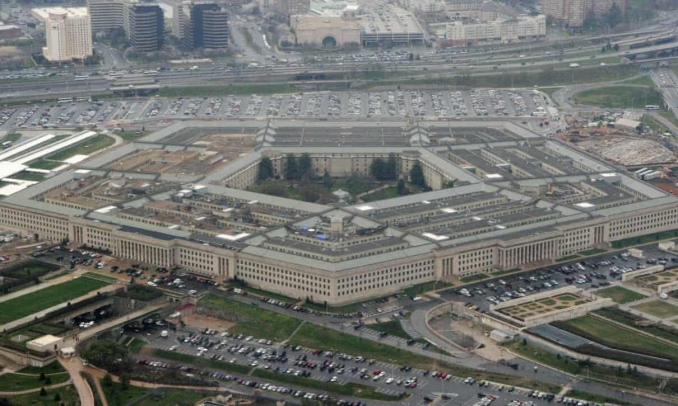 Donald Trump’s parting gift to the world? It may be war with Iran

President Trump’s incitement of criminal mob violence and occupation of the Capitol makes clear there is no limitation whatever on the abuse of power he may commit in the next two weeks he remains in office. Outrageous as his incendiary performance was on Wednesday, I fear he may incite something far more dangerous in the next few days: his long-desired war with Iran.

Could he possibly be so delusional as to imagine that such a war would be in the interests of the nation or region or even his own short-term interests? His behavior and evident state of mind this week and over the last two months answers that question.

The dispatch this week of B-52’s nonstop round-trip from North Dakota to the Iranian coast – the fourth such flight in seven weeks, one at year’s end – along with his build-up of US forces in the area, is a warning not only to Iran but to us.

In mid-November, as these flights began, the president had to be dissuaded at the highest levels from directing an unprovoked attack on Iran nuclear facilities. But an attack “provoked” by Iran (or by militias in Iraq aligned with Iran) was not ruled out.

US military and intelligence agencies have frequently, as in Vietnam and Iraq, provided presidents with false information that offered pretexts to attack our perceived adversaries. Or they’ve suggested covert actions that could provoke the adversaries to some response that justifies a US “retaliation”.

The assassination of Mohsen Fakhrizadeh, Iran’s top nuclear scientist, in November was probably intended to be such a provocation. If so, it has failed so far, as did the assassination exactly a year ago of General Suleimani.

But time is now short to generate an exchange of violent actions and reactions that will serve to block resumption of the Iran nuclear deal by the incoming Biden administration: a pre-eminent goal not only of Donald Trump but of the allies he has helped bring together in recent months, Israel, Saudi Arabia and the UAE.

Evidently it would take more than individual murders to induce Iran to risk responses justifying a large-scale air attack before Trump leaves office. But US military and covert planning staffs are up to the task of attempting to meet that challenge, on schedule.

I was a participant-observer of such planning myself, with respect to Vietnam half a century ago. On 3 September 1964 – just a month after I had become special assistant to the assistant secretary of defense for international security affairs, John T McNaughton – a memo came across my desk in the Pentagon written by my boss. He was recommending actions “likely at some point to provoke a military DRV [North Vietnam] response … likely to provide good grounds for us to escalate if we wished”.

Such actions “that would tend deliberately to provoke a DRV reaction” (sic), as spelled out five days later by McNaughton’s counterpart at the state department, the assistant secretary of state William Bundy, might include “running US naval patrols increasingly close to the North Vietnamese coast” – ie running them within the 12-mile coastal waters the North Vietnamese claimed: as close to the beach as necessary, to get a response that might justify what McNaughton called “a full-fledged squeeze on North Vietnam [a progressively all-out bombing campaign]”, which would follow “especially if a US ship were sunk”.

I have little doubt that such contingency planning, directed by the Oval Office, for provoking, if necessary, an excuse for attacking Iran while this administration is still in office exists right now, in safes and computers in the Pentagon, CIA and the White House. That means there are officials in those agencies – perhaps one sitting at my old desk in the Pentagon – who have seen on their secure computer screens highly classified recommendations exactly like the McNaughton and Bundy memos that came across my desk in September 1964.

I regret I did not copy and convey those memos to the foreign relations committee in 1964, rather than five years later

I will always regret that I did not copy and convey those memos – along with many other files in the top-secret safe in my office at that time, all giving the lie to the president’s false campaign promises that same fall that “we seek no wider war” – to Senator Fulbright’s foreign relations committee in September 1964 rather than five years later in 1969, or to the press in 1971. A war’s worth of lives might have been saved.

Current documents or digital files that contemplate provoking or “retaliating to” Iranian actions covertly provoked by us should not remain secret another moment from the US Congress and the American public, lest we be presented with a disastrous fait accompli before January 20, instigating a war potentially worse than Vietnam plus all the wars of the Middle East combined. It is neither too late for such plans to be carried out by this deranged president nor for an informed public and Congress to block him from doing so.

I am urging courageous whistleblowing today, this week, not months or years from now, after bombs have begun falling. It could be the most patriotic act of a lifetime.

Daniel Ellsberg was the whistleblower who leaked the Pentagon Papers, which revealed the US government had lied to the American public about the Vietnam war