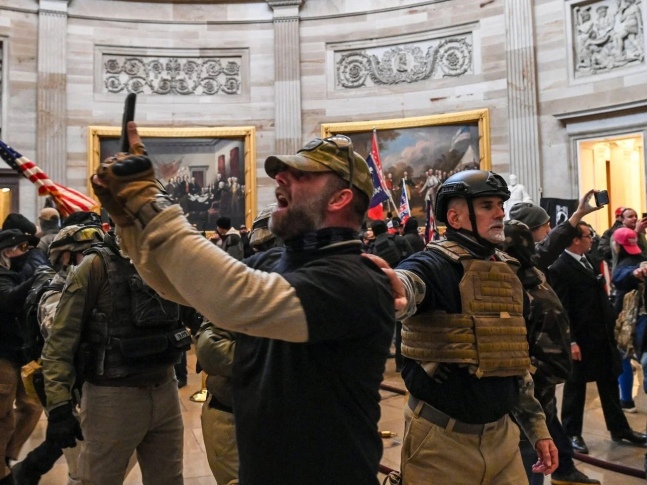 Pro-Trump rioters stormed the US Capitol on Wednesday afternoon, breaking into the halls of Congress and clashing with police officers.

News outlets around the world have described the events in stark terms. BFM TV, the French equivalent of CNN, described it as “le coup de force des pro-Trump,” or a “pro-Trump takeover.”

The chyron ran as the network brought on US correspondents and other experts to cover the developments in real time.

The congressional meeting to count the electoral votes in the 2020 presidential election, which President Donald Trump lost to Joe Biden, was suspended as protesters breached the doors of the Capitol building.

It is normally a ceremonial event, but many Trump supporters wrongly believe, at Trump’s urging, that Vice President Mike Pence has the power to reject the votes and offer Trump a path to victory.

Earlier Wednesday, several miles away, Trump spoke to supporters at a rally and urged Pence to “do the right thing.” As protesters marched into the Capitol building, Trump tweeted that Pence “didn’t have the courage to do what should have been done to protect our Country and our Constitution.”

News organizations around the world covered the pro-Trump protesters breaking into the chambers of Congress: