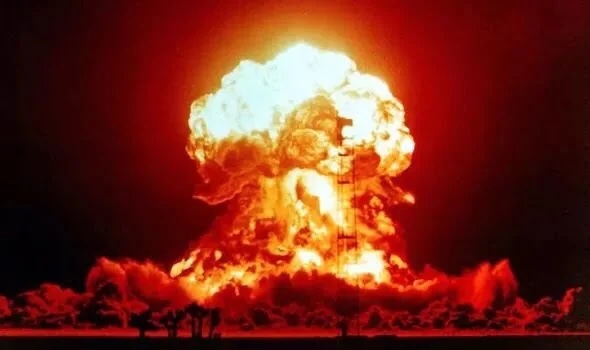 CHINA is working to boost its nuclear arsenal to at least 350 missiles according to a new report sparking fresh fears about an outbreak of global conflict.

Currently the US Department of Defence estimates Beijing possesses a little over 200 nuclear weapons. However, according to new research from the Federation of American Scientists’ Nuclear Information Project they are looking to increase this substantially.

Weapons in development include hypersonic missiles, capable of travelling at 18 times the speed of sound, which are designed to carry nuclear warheads

Speaking to The Sun Hans Kristensen, who heads the Nuclear Information Project, warned China is aiming to “modernise” its nuclear arsenal

Beijing is believed to be working on new hypersonic, intercontinental ballistic and submarine-launched missiles, all of which could use nuclear warheads.

Amongst its new weapons programmes is the DF-26, a hypersonic missile under development which can travel 18 times as fast as sound making it near impossible to shoot down with current weaponry.

This missile can travel up to 2,000 miles, meaning it could range the US Pacific territory of Guam.

China is also working on a new stealth bomber, the H-20, which is designed to travel 7,500 miles without needing to be refuelled.

According to the Royal United Services Institute (RUSI), a London based thinktank, this warplane would have “truly intercontinental” capabilities and will be able to carry nuclear weapons.

There are fears it could range the US military base of Pearl Harbour on Hawaii, a Japanese attack on which brought the United States into WW2 in 1941.

In a report the RUSI said: “Armed with nuclear and conventional stand-off missiles, the H-20 would represent a major break from previous PLAAF (People’s Liberation Army Air Force) doctrine and equipment development practice.

“The H-20 would give China a truly intercontinental power-projection capability.”

Beijing has been working to develop a “nuclear triad” allowing it to launch nuclear missiles from the ground, submarines or from nuclear armed bombers.

Recently a Chinese H-6 bomber was spotted carrying what appeared to be a prototype hypersonic missile, showing Beijing is making progress in this area.

Tensions between China and the US have escalated sharply since Donald Trump became president in 2016.

Beijing regards the island of Taiwan as a renegade province and has threatened to use force to bring it under mainland Chinese control.

China has claimed sovereignty over a big chunk of the South China Sea, with its claim overlapping with rival ones from six of its neighbours.

The US, and other western powers, are refusing to accept Beijing’s claim to the South China Sea and have been sending warships on ‘freedom of navigation’ patrols through the area.

China is also engaged in a major border dispute with its neighbour India.

In June 20 Indian soldiers were killed in hand-to-hand fighting with their Chinese counterparts over contested territory.

As firearms are banned near the border the two sides fought with metal bars and rocks.

Following the violence, a number of Chinese apps, including TikTok, were banned on Indian mobile networks.

Domestic, foreign factors could boost the fortunes of the Antichrist in Iraq’s elections

How the Saudis Will Become a Nuclear Horn: Daniel 7