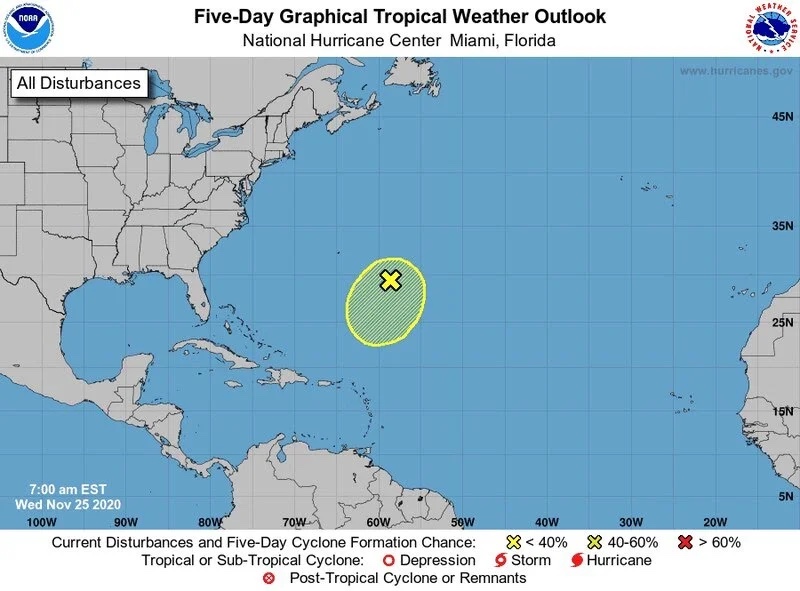 Despite the near end of the 2020 Atlantic hurricane season, the National Hurricane Center is staying vigilant in monitoring a low-pressure area with odds of becoming the 31st named storm of the year toward the end of the week.

The end of the 2020 Atlantic Hurricane Season is just six days away but one more name could be added to the record-setting list as the National Hurricane Center increases the odds for the development of a system just east of Florida.

A broad area of low pressure is several hundred miles east-southeast of Bermuda and is shedding off disorganized showers, along with gale-force winds, to the east of its center, the NHC said in its 1 p.m. update.

The system has a 10% chance of becoming a tropical depression or a tropical storm in the next two days, but the NHC decreased its five-day forecast to a 20% chance of developing. The low’s odds remain minimum due to strong upper-level winds limiting the development of the system Monday.