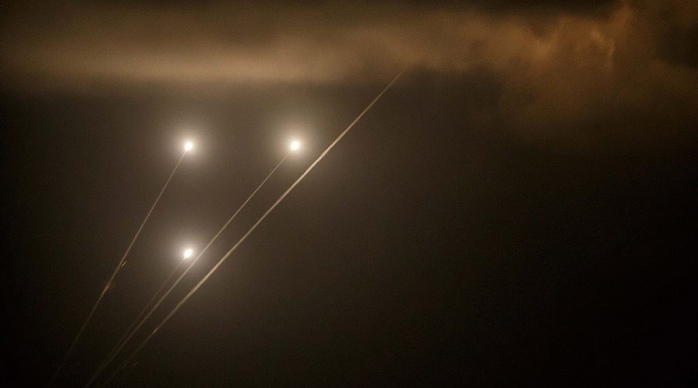 “It was a restless night in the south of the country, and one group is responsible for it, Hamas,” says Defense Minister Benny Gantz.

The rockets are believed to have been fired to mark one-year anniversary of the elimination of senior Islamic Jihad operative Bahaa Abu al-Ata.

2 rockets were fired from Gaza into Israel earlier tonight.

The IDF is conducting an ongoing situational assessment & remains prepared to operate against any terror activity.

525 are Tweeting about this

Sirens warning of incoming rocket fire were heard in Ashdod and Kibbutz Palmachim in the south, as well as in several cities in central Israel.

“It was a restless night in the south of the country, and one group is responsible for it – Hamas,” Gantz said on Sunday. “If Hamas does not stand the test of peace, the results will be dire first of all for its leadership and for the residents of the Gaza Strip.”

The defense minister added: “I would like to tell the residents of the south that we are working in several directions, both operational and in other ways, in order to bring about long-term peace. We will continue our response to the violation of our sovereignty, beyond what we have done, in a time, place and manner that will serve our long-term needs… in the south of the country.”

“IDF fighter jets, helicopters and tanks shelled underground infrastructure and military positions of the Hamas terrorist organization in the Gaza Strip. The attack was carried out in response to rocket fire from the Gaza Strip into Israeli territory,” the military said in a statement.

“The IDF conducts ongoing situation assessments and acts decisively against any attempt at terrorist activity against the citizens of the State of Israel and the violation of its sovereignty.”

The arms of the Russian nuclear horn: Daniel 7