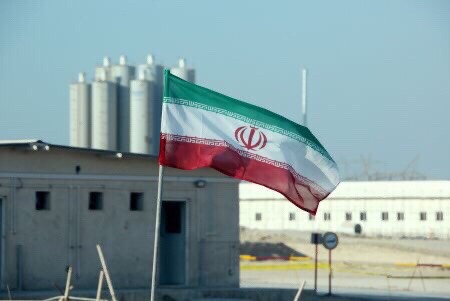 Iran is continuing to enrich uranium that could one day be used in a nuclear weapon, according to an International Atomic Energy Agency report, increasing its stockpiles to 12 times that allowed under the 2015 Joint Comprehensive Plan of Action.

This is 12 times the 202.8-kilogram limit agreed under the 2015 deal, which has been in limbo since President Donald Trump withdrew from the agreement in 2018. The president vowed to negotiate a new deal, but has failed to do so despite imposing “maximum pressure” sanctions to force Tehran back to the table.

The IAEA also said Iran was continuing to enrich uranium to a purity of up to 4.5 percent—higher than the 3.67 percent agreed under the Joint Comprehensive Plan of Action (JCPOA). Uranium must be enriched to about 90 percent for use in weapons, but can be used in nuclear power if enriched to between 3 and 5 percent.

It is unclear how close Iran is to building a nuclear weapon, if Tehran decided to take that path. Iranian officials have long maintained that Iran has no interest in nuclear arms and is instead focused solely on peaceful nuclear power.

The Arms Control Association has said that Iran now has double the material needed to make a warhead, but IAEA Director General Rafael Grossi said last month his agency believes Tehran does not yet have sufficient material.

Before signing the JCPOA, Iran had enriched uranium up to 20 percent. The technical step to get from 20 to weapons-grade 90 percent is short, but Iran did not take it. Tehran also had more than 7,000 kilograms of enriched uranium at this time, but did not push for a bomb.

Iran has continued to allow IAEA inspectors into the country and has been open about its decisions to violate JCPOA clauses. Iran said it would no longer abide by any elements of the deal after the U.S. assassinated Major General Qassem Soleimani in Baghdad in January.

On Wednesday, Kazem Gharibabadi—Iran’s permanent representative to the IAEA—said that while the agency’s report was accurate, the fact Tehran was still allowing access to inspectors demonstrates that his country is not pursuing nuclear weapons.

The IAEA has said, however, that questions remain over last year’s discovery of man-made particles of uranium at an undeclared site outside Tehran. Israeli Prime Minister Benjamin Netanyahu has described the Turquzabad facility as a “secret atomic warehouse.”

Both Israeli and American officials have accused Iran of running a secretive parallel nuclear program outside the IAEA’s purview.

Iran’s ambassador to the United Nations Majid Takht Ravanchi said Tehran had agreed to work “in good faith” with the IAEA to address outstanding questions. Ravanchi also tried to shift attention to Saudi Arabia, whose royal family is pursuing nuclear power with the backing of the Trump administration.

“If Saudi Arabia is seeking a peaceful nuclear program, it should act in a very transparent manner and allow the agency’s inspectors to verify its activities,” he said. Ravanchi added that the IAEA should adopt “an unbiased and professional approach” toward Israel, which is believed to possess nuclear weapons but is not a party to the Nuclear Non-Proliferation Treaty.

A picture taken on November 10, 2019, shows an Iranian flag in Iran’s Bushehr nuclear power plant, during an official ceremony to kick-start works on a second reactor at the facility. ATTA KENARE/AFP via Getty Images/Getty