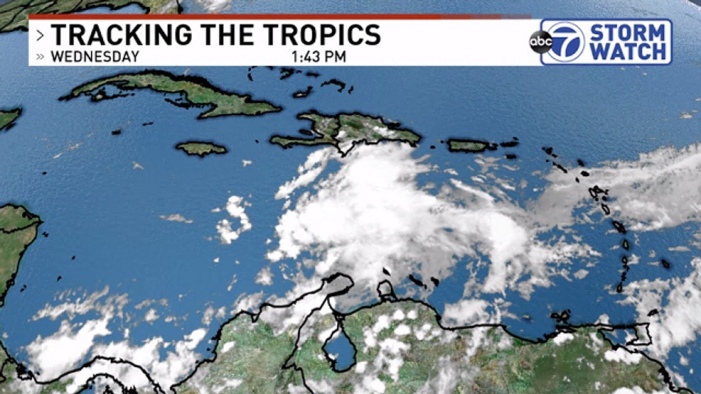 Tropical Update: As Eta nears its end, Iota is on the verge

StormWatch7 has been watching Eta for almost two weeks (!) since it first formed in the Caribbean on November 1st. Now, the long-lived storm is nearing its end, leaving behind a wake of flooding and damage across Florida.

Thankfully, Eta impacted the U.S. as a Tropical Storm. Central America saw the strongest part of Eta’s life when it made landfall in Nicaragua as a Category 4 hurricane.

Eta’s path has been fascinating to say the least, with several stationary reports and changes in direction.  As of 1 p.m. Thursday, the storm is centered just 40 miles NNE of Jacksonville. Max winds are down to 40 mph, and once they drop below 39 mph, Eta will be downgraded to a Tropical Depression.

The 1 p.m. track update from the National Hurricane center shows Eta hugging the southeast coastline and maintaining its Tropical Storm status through Friday, before finally heading out to sea and losing its steam.

GET THE LATEST TRACK FORECAST HERE

Tropical Storm Theta is currently in the eastern Atlantic, with no direct threat to land. When Theta formed, however, it set a record as the 29th named storm of the season. The previous record was 28 storms in 2005.

Next up will be Iota, the 30th named storm of the 2020 Atlantic hurricane season. It is very likely that Iota will form in the Caribbean in the next two days.  Unfortunately for Central America, the initial track looks to be similar to that of Eta, with landfall again possible in Nicaragua.

It is unlikely as of now that Iota would repeat Eta’s twists and turns to the U.S. But make sure to stay tuned to StormWatch7 as our record-setting Atlantic hurricane season continues!

Israel strikes back outside the Temple Walls: Revelation 11

Tens of thousands of Antichrist supporters rally in Iraq

The Nuclear Storm is Coming: Revelation 16