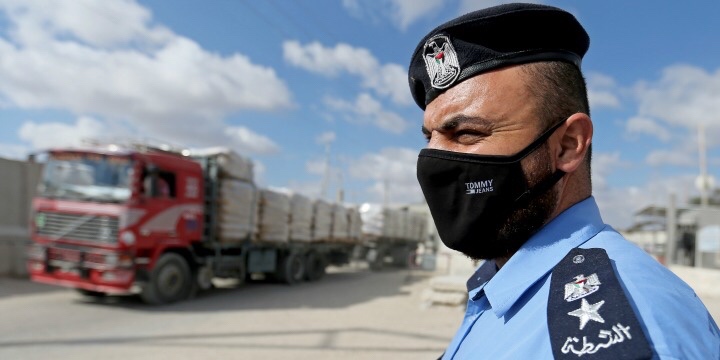 Hamas Wants Calm, But the Situation in Gaza Is Volatile

JNS.org – Palestinian Islamic Jihad (PIJ) in Gaza just marked two noteworthy dates. The first was the 25th anniversary of the death of Fathi Shkaki, the terrorist group’s leader, who was assassinated in Malta; and the second was marking three years since 10 of the group’s members were killed when Israel demolished a cross-border underground attack tunnel.a

These two dates came and went without incident. Another event, however, which will be commemorated next week, could be different: The first anniversary of the assassination of PIJ leader in Gaza, Baha Abu al-Ata. Despite its promises, PIJ still hasn’t avenged his death.

The organization’s leaders in Damascus are prodding their people in Gaza to fall in line with Hamas and prioritize calm over escalation with Israel. However, this moderate line isn’t accepted by all the group’s members, chief among them al-Ata loyalists. The Israel Defense Forces is preparing for them to possibly take action next week. Although PIJ’s leadership is trying to prevent this from happening — the terrorist who fired the most recent rocket two weeks ago, in contravention of orders, was apprehended and badly beaten — the authority it wields is only partial and cannot keep every terrorist in check or rocket on the ground.

In Israel, of course, officials prefer peace and quiet, but there are those who will view a PIJ attack as a window of opportunity: If recalcitrant operatives on the ground do something, it will be possible to act against the group (even if it means several days of hostilities). It’s also safe to assume that Hamas would want Israel to neutralize, on its behalf, those seeking to undermine stability in Gaza; by not responding to al-Ata’s assassination last year, Hamas showed it doesn’t particularly grieve over the removal of its adversaries from the chessboard, and certainly isn’t willing to risk its own critical interests for them.

The situation in Gaza has never been worse (which has been said, correctly, many times), with the coronavirus pandemic thrown into the mix with economic misery. If Gaza survived the first wave of the pandemic in impressive fashion — mainly due to sealing its borders — the current wave is hitting the enclave hard. Although the number of daily COVID-19 tests being conducted is low, the latest figures show a morbidity rate of over 10% and a growing number of patients in serious condition, to the point of testing the capacity of Gaza’s hospitals.

Add to this Gaza’s dire economic troubles, which the pandemic has exacerbated. Thousands of laborers who worked in Israel have been home for months now, and merchants too are forbidden from coming and going. This has meant another spike in unemployment and a significant drop in the purchasing power of Gazans, many of whom are struggling to buy even basic goods.

In Israel, officials are very concerned about this situation. The worry is that in its desperation, Hamas will abandon the path of calm and revert to the path of hostility. Hence Israel is working to advance a series of economic projects in Gaza. The idea is to accelerate employment and manufacturing over financial aid. The person appointed to manage this plan is Defense Ministry Director-General Maj. Gen. (res.) Amir Eshel, but thus far things have moved along slowly, both due to the constraints imposed by the coronavirus and Israel’s insistence on solving the issue of its captive and missing soldiers and civilians as a precondition for any other progress.

One thing that has been resolved, specifically, is the matter of Qatari aid to Gaza. The monthly payment was transferred to Gaza two months in advance this time ($27 million per month, of which $17 million is earmarked for aid and $10 million for purchasing fuel). Israeli officials, however, are working with the authorities in Doha to ensure similar aid for months to come in the hope that it facilitates a long-term calm that will allow the sides to discuss a more solid arrangement.

In Israel, officials don’t think the United Arab Emirates will help with the Gaza matter, at least not right now. Hamas is an offshoot of the Muslim Brotherhood, which the UAE has outlawed, and is a patron of Qatar — which is aligned with the UAE’s main regional foe, Iran.  Until this fight is settled (under the umbrella of the United States), the Emiratis aren’t likely to help Gaza, especially when doing so would come at the expense of the Palestinian Authority, which, despite Abu Dhabi’s unfavorable view of it, is still preferable to the Hamas alternative.

With that, Israeli officials are toying with the idea of the UAE replacing the United Nations’ Gaza-based refugee agency for the Palestinians (UNRWA), to which the US and other countries have frozen funding due to widespread corruption in the organization. The Americans also want the definition of refugee status to be reformed and could help establish an alternative mechanism that will sever Palestinian dependence on international aid and create other avenues to allow Gazans to make a dignified living.

These steps will wait until the US election is firmly decided. Gazans aren’t the only ones following the drama in America: The entire Middle East is holding its breath, particularly Iran. The prevailing belief is that any administration will seek a revised nuclear deal with Iran. The question is what type of deal it is. Israel wants to ensure that beyond just the nuclear issue, the deal also addresses Iran’s military build-up and support for terrorist groups (chief among them Hezbollah in Lebanon and armed groups in Gaza).

Under economic sanctions, Iran has reduced its aid to Hezbollah and PIJ by tens of percent. If they are lifted, this figure will significantly increase, immediately, and the results will be felt on the ground. Hamas too — which for now is only flirting with Iran — could devote itself to Iran in exchange for a permanent and stable source of revenue. For now, Hamas is keeping the radical axis at arm’s length and, as stated, prefers calm and non-escalation. We mustn’t extrapolate from this that Hamas has become a peaceful organization; the recently detected attack tunnel in Gaza indicates that Hamas is continuing to prepare for war and is examining ways to bypass the underground barrier Israel has built around Gaza.

This tunnel is extraordinary for several reasons. It was built far deeper underground than usual, perhaps to test the capabilities of Israel’s border barrier. The barrier — and the technology it incorporates — rose to the challenge admirably, although it’s doubtful Hamas will learn the lesson. It’s more reasonable to assume it will try again, in other sectors and in other ways.

For now, Hamas will try avoiding an escalation. Its directive in this regard is crystal clear, but the situation at ground level is still highly combustible. The anniversary of al-Ata’s death is just one possible ignition switch. Meanwhile, dozens of Hamas inmates contracted COVID-19 amid an outbreak at Gilboa Prison in Israel. In theory, none of these factors are enough to trigger an escalation, but compounded with the pandemic, the economic situation, and the frayed nerves of the terrorist operative on the ground in Gaza, we could soon find ourselves in a new fight with Gaza.

Yoav Limor is a veteran Israeli journalist and columnist for Israel Hayom.