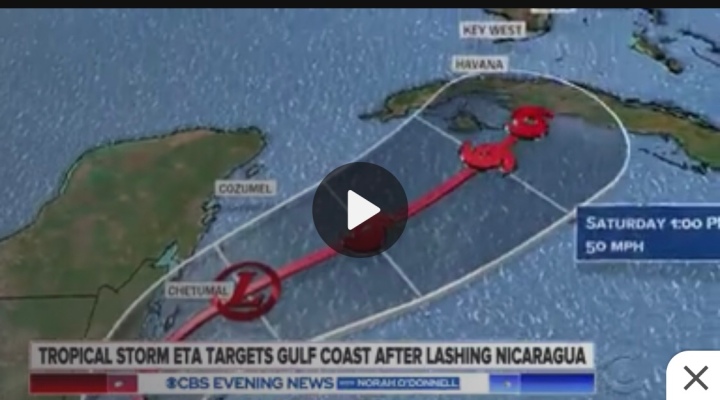 The 2020 hurricane season continues its relentless onslaught as Eta, the 28th named storm of the season, lashes Central America with torrential rains and whipping winds. Typically Central America is a graveyard for hurricanes — but not Eta. Increasingly, forecasters are concerned Eta will reemerge over the warm Caribbean waters and then head toward Florida this weekend.

Eta weakened over land overnight, and the one-time fierce hurricane was a tropical depression as of 10 a.m. ET Thursday, according to the U.S. National Hurricane Center in Miami. But Eta is expected to head into the Caribbean Friday and move northeastward. The models show the system reorganizing, with some modest restrengthening this weekend over the Caribbean and the Florida Straits, north of Cuba. On this path at least two more landfalls seem likely: Cuba on Sunday and possibly South Florida on Monday. 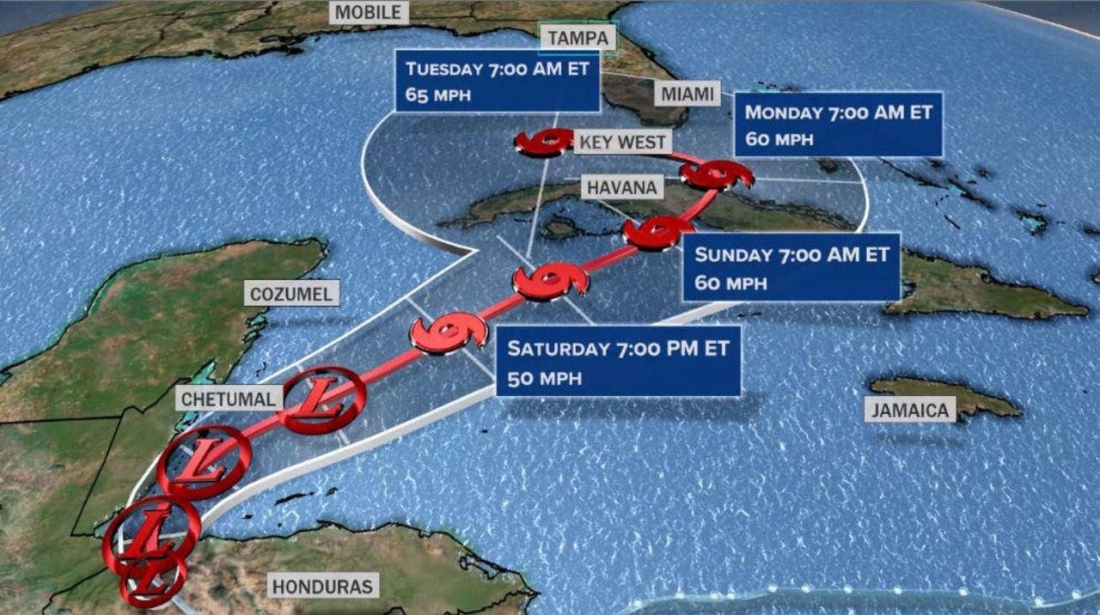 As of Thursday morning, Eta was over Honduras and moving northwest. The system is forecast to keep dumping torrential rains and cause flash flooding. The hurricane center said it “will likely degenerate to a remnant low or trough of low pressure” Thursday morning.

So far, Eta has been blamed for at least eight deaths.

Later this week, Eta will begin to feel the influence of upper-level steering to its north causing the storm to make a hard right turn, pushing it back over the hot northern Caribbean waters. While some intensification is likely, it will be limited, at least initially, because Eta will have to contend with some dry air, upper-level wind shear, interaction with the landmass of Cuba, and limited time.

Tracks on #Eta split between FL Keys landfall and mainland South Florida landfall Monday-ish. Looks like a drencher of a tropical storm but there is some chance it may reach low-end hurricane status… then it likely heads back out into the Gulf where… stay tuned! 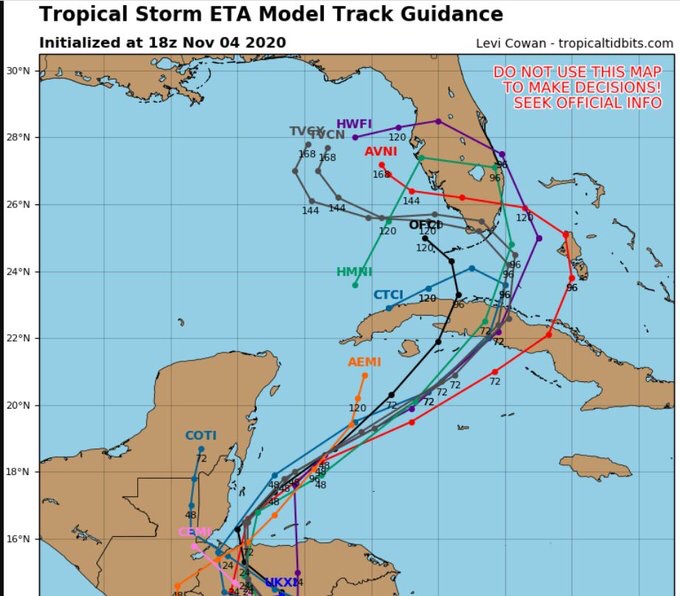 24 are Tweeting about this

By Saturday the system will cross over Cuba, likely as a tropical storm, and then head toward South Florida. It is still uncertain how strong Eta will be and the degree to which the storm will impact South Florida. Most likely Eta will either be a strong tropical storm or even a low-end hurricane. Some models show a direct hit, while others show a glancing blow over the Florida Keys.

Regardless of exact track, Eta will bring a stretch of very wet weather across South Florida from Friday through early next week. Depending on the track, over a foot of rain seems likely in some spots.

After the storm passes South Florida, most models then show it snaking back westward into the Gulf of Mexico early next week. Gulf waters are still warm enough for Eta to once again regain strength. Although it is too early to know if and where another landfall could take place, some guidance suggests yet another Gulf Coast landfall is possible by the middle of next week.

Well if you wanted to find an omen today, here it is.

The predicted track of what Tropical Storm #Eta 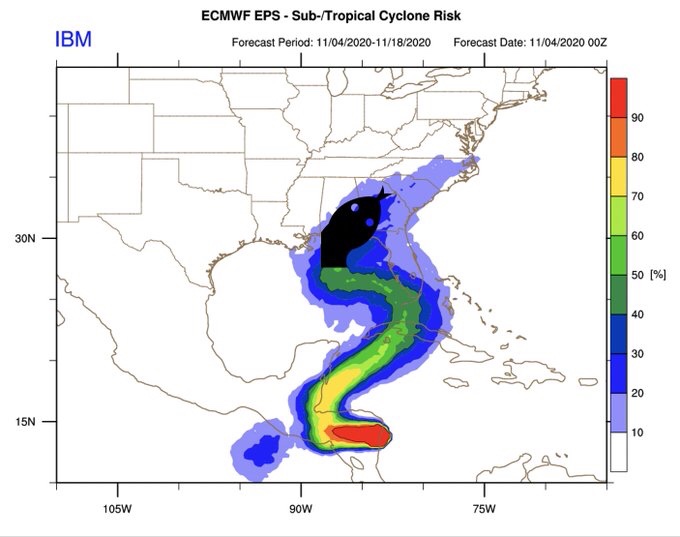 106 are Tweeting about this