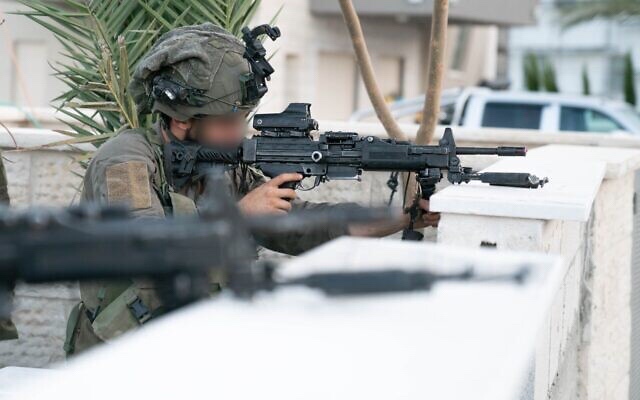 With massive exercise in north, IDF prepares for war on multiple fronts

The Israel Defense Forces on Thursday completed its premier exercise of the year, a large-scale simulation of war in the north against Hezbollah and other Iranian proxies, and of a smaller conflict in the Gaza Strip.

Dubbed Lethal Arrow, the drill was meant to improve the military’s offensive capability, specifically the number of targets it is able to strike each day, according to senior IDF officers.

The exercise, which began Sunday, was the IDF’s largest of 2020, with both regular conscripted units and reservists taking part, though its size was scaled back significantly due to the coronavirus pandemic.

“This exercise is a special exercise for three main reasons: one, we set for ourselves a goal of improving our attack capability; two, this is an exercise that draws a line from the level of the battalion all the way up to the General Staff, with all the coordination and cooperation [up the chain of command] and cooperation between the different branches [of the military]; and three, this exercise has a number of new elements that we are assimilating [into the military],” IDF Chief of Staff Aviv Kohavi said Thursday in a conversation with senior officers participating in the exercise. 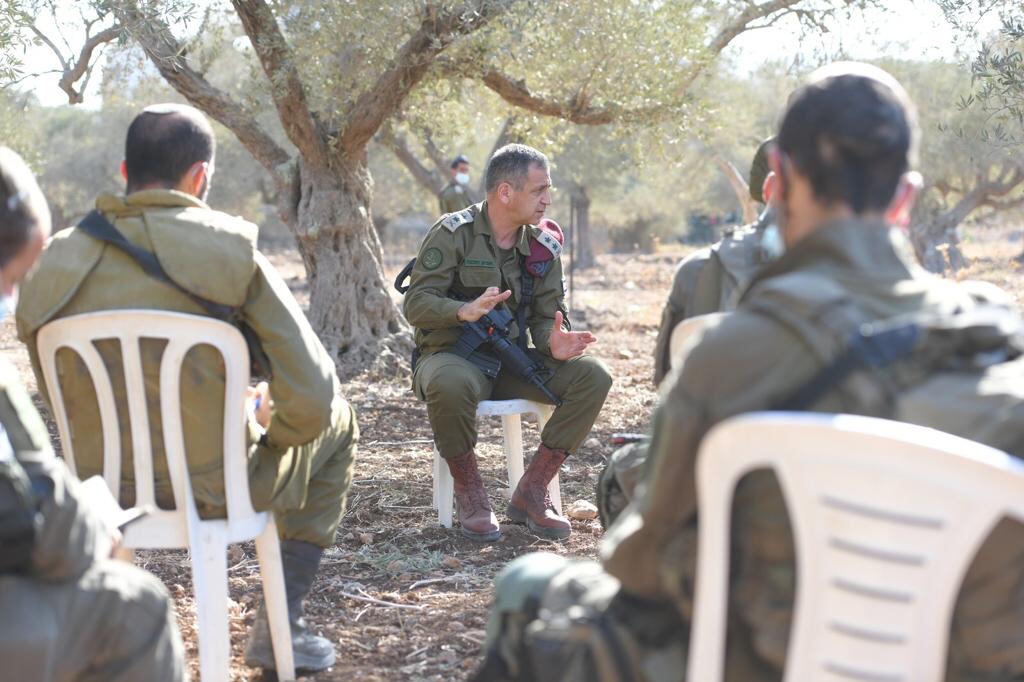 IDF Spokesperson Hidai Zilberman told reporters the drill simulated a worst-case scenario: a war against Hezbollah and related forces in Lebanon and Syria, terror groups in Gaza, and Iranian proxies “in countries that don’t border us” (he refused to specify which).

This included massive artillery bombardments on Israel — in the form of both simple rockets and advanced precision-guided missiles — as well as cruise missile attacks, Zilberman said.

Brig. Gen. Saar Tzur, the head of the 162nd Armored Division, which participated in the drill, said the military also simulated cases of Hezbollah seizing Israeli territory in cross-border raids. This was based on the Iran-backed terror group’s reported plans to capture border towns in the Galilee at the start of a future conflict.

“Our job was to limit them,” Tzur said.

According to Zilberman, the exercise was also a test of newly updated war plans for the IDF Northern Command, which were approved some two weeks ago. The border with Lebanon has been tense in recent months, following as-yet unfulfilled threats of retaliation by the Hezbollah, after one of the terror group’s fighters was killed in Syria in an airstrike attributed to Israel in July.

“We are prepared — after this exercise, we are even better prepared — and we are ready for any development, from a day of fighting to more than that,” Kohavi said.

“Lethal Arrow,” or Hetz Katlani in Hebrew, included the military’s first use of its so-called “Red Unit,” which was created earlier this year to act as enemy forces for exercises. The 99th Division, a multidisciplinary unit that was formed two months ago, also took part in the exercise for the first time, along with its Commando Brigade and the so-called “Ghost Unit,” which was created this year to test out new fighting styles, techniques and equipment, the military said.

The exercise was also one of the first to rely on the IDF’s Target Task Force, which was formed last year. “It was created a year ago and it is producing thousands of targets. And those thousands of targets are meant to be translated — when called upon — into accurate strikes at a level that as far as we know is historically unprecedented,” Kohavi said Thursday.

Most of the ground maneuvers in the exercise were carried out by the 162nd Armored Division, which includes the Nahal and Givati infantry brigades and the 401st Armored Brigade. The Israeli Air Force also participated in the exercise, including the F-35 stealth fighter jet, which carried out both offensive and defensive missions, according to Brig. Gen. Amir Lazar, head of the air force’s Air Division, which is responsible for exercises.

“The goal I set for us was 100 targets a day. In some cases, we surpassed that,” he said, noting that those were in addition to the sites hit by the air force.

Lazar told reporters that in addition to practicing airstrikes on targets both near the border and far behind enemy lines, the air force also simulated extensive attacks on the home front.

“We see the northern arena as a serious challenge to the defense of the nation’s skies, both from cruise missiles and from drones of different types,” he said.

Hezbollah is believed to control an arsenal of some 130,000 rockets and mortar shells, most of them simple, so-called “statistic” munitions, but also a small but growing number of precision-guided missiles, which present a far greater threat to Israel.

Lazar said the F-35 was also used in some of these defensive operations and represented a “leap forward in the abilities of the State of Israel and the IDF.”

The Israeli Navy also participated “significantly” in the drill, the IDF said.

“The [navy] forces simulated defending the economic waters of the State of Israel, its strategic resources at sea, and offensive and intelligence-gathering capabilities against the enemy,” the military said, referring to natural gas platforms off the coast, which have been defined by the government as strategic national sites.

Though the drill included actual ground, air and sea maneuvers, with thousands of soldiers taking part, Lethal Arrow was predominantly a so-called “headquarters” exercise, focusing less on the ability of field movements and more on developing the communication skills and work flows in the command centers overseeing the conflict.

An IDF soldier from a technology unit takes part in a large-scale exercise Lethal Arrow simulating war in the north in October 2020. (Israel Defense Forces)

In light of the coronavirus pandemic, the exercise was far smaller than originally planned, though IDF chief Kohavi insisted that it be held.

“We limited use of conscripts and reservists as much as we could without sacrificing the exercise,” Zilberman said.

The spokesman said the military had yet to find any cases of infections tied to the exercise, but was monitoring the situation.