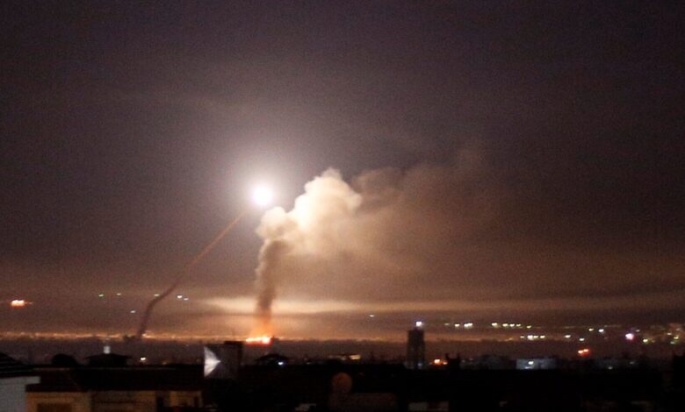 Missile fire is seen from Damascus, Syria May 10, 2018. REUTERS/Omar Sanadiki TPX IMAGES OF THE DAY

An Israeli aircraft struck what the army said was a Hamas military target in the southern Gaza Strip late Monday, shortly after Gaza militants fired a rocket into Israel.

The rocket landed in an open area and did not cause any damage or injuries, Israeli media reported. But it broke a weekslong lull in the area. There was no immediate claim of responsibility for the rocket fire.

But Israel holds Gaza’s Hamas rulers responsible for all fire out of the territory and usually responds to rocket attacks with airstrikes on Hamas targets. There were no reports of casualties from the Israeli airstrike.

In the Israeli-occuped West Bank, meanwhile, the Israeli army said it opened fire at three Palestinian men who were throwing firebombs at troops near the settlement of Einav.

It said one of the suspects was hit, while the two others managed to flee. There were no further details on the condition of the man who was shot.