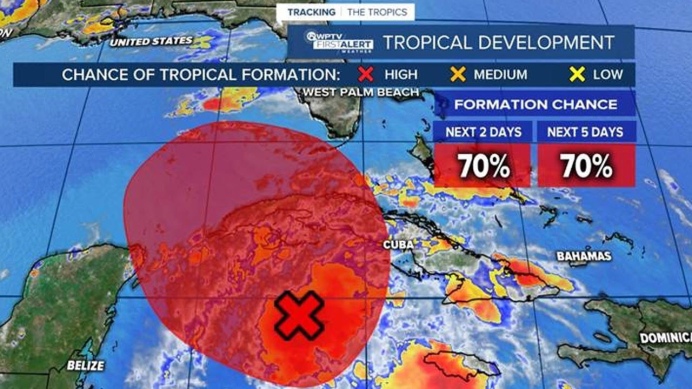 WEST PALM BEACH, Fla. — The National Hurricane Center said Friday a system south of Cuba could form into a tropical depression this weekend.

At 2 p.m. Friday, the chance of forming into a tropical depression is 70 percent.

It is slowly drifting toward the northwest and could move near western Cuba by Sunday and then across the southeastern Gulf of Mexico by early next week.

South Florida residents should monitor the progress of the disturbance, the NHC said.

Regardless of development, the system could bring more heavy rainfall to South Florida, which has experienced an already soggy week.

Coastal Palm Beach County is under the risk of excessive rainfall Sunday. 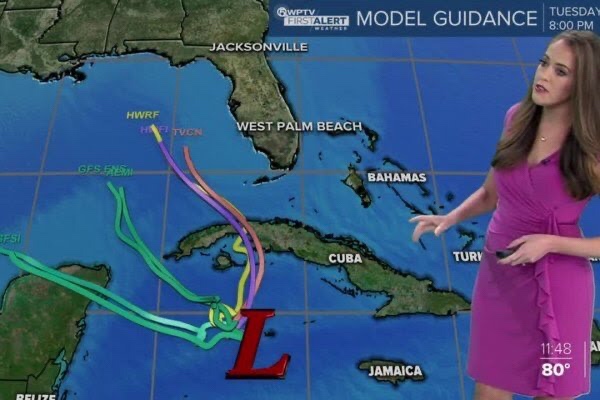 Computer models on Oct. 23. 2020, show the center of the storm moving into the Gulf of Mexico, but it could bring more heavy rain to an already saturated South Florida.

The relentless hurricane season ran out of names in September and has already had five named storms with the Greek alphabet.

This is only the second time the Greek alphabet has been used to name storms, which first occurred in 2005.

If this system reaches tropical storm strength, the name would be Zeta.

The Iranian horn continues to nuke up: Daniel 8