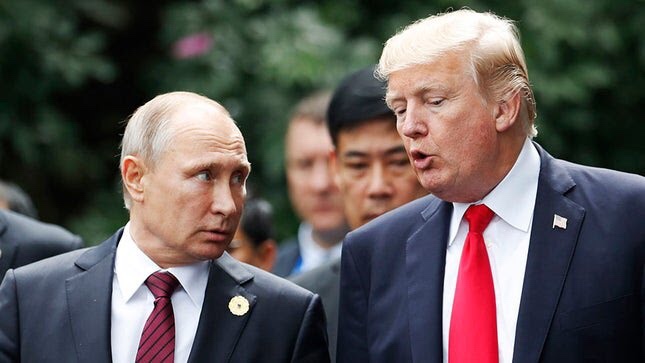 A bombshell US-Russia nuclear deal? Or a diversionary tactic?

Through enterprising reporting by Michael Gordon in The Wall Street Journal, we first learned that the U.S. and Russia were on the verge of an arms-control deal that would freeze the number of nuclear warheads on each side and extend the New START agreement for a year. That’s a pretty big deal a few weeks before a presidential election at a time when we are concerned about Russian interference in the election.

The landmark New Strategic Arms Reduction Treaty, set to expire on February 5, is the last treaty between the U.S. and Russia placing limits on the growth of the world’s two largest nuclear arsenals. It put a limit on the number of warheads deployed by each side to 1,550. But the follow-on was left unclear. What seemed like a frozen issue regarding an extension of that nuclear agreement suddenly appears to have thawed with the release of statements from Moscow and Washington:

“The United States is prepared to meet immediately to finalize a verifiable agreement. We expect Russia to empower its diplomats to do the same,” said a State Department statement. The Russian Foreign Ministry said in a statement that the country “proposes extending New START for one year, and at the same time, it stands ready, together with the U.S., to assume a political obligation on freezing a number of the nuclear warheads possessed by the parties for this period.”

Why now? How serious are these statements?

On the one hand, the news throws a bit of a public diplomacy curve ball to Vice President Biden just days before a presidential debate. Should he embrace this idea or express skepticism?

First, it is worth underscoring that arms control is always in the national interest, and reducing the dangers of a nuclear conflagration is part of what all Americans should want from their leaders. In the case of Russia, where, together with the United States, 90 percent of the world’s nuclear weapons exist, it is critical that we make progress on reigning in the numbers of weapons with agreements that can be monitored and verified. So, we should all welcome any progress on that front in the sense of a big picture.

Given its timing, this announcement seems more political in nature than anything else. The details have not been fleshed out or likely negotiated, and with these kinds of treaties, the devil is always in the details. Yes, this is a good step, but we should have a lot of questions about how these goals could actually be met, legally and legislatively.

We know very little about how the United States and Russia would actually monitor and inspect each other’s nuclear warhead production sites – a new twist, and what legally binding agreements could be reached to see one another’s highly sensitive warhead locations.

Second, noticeably absent from the American and Russian statements are any mention of the inclusion of the Chinese or Europeans – both of whom are critical to long-term arms control success.

Another big sticking point will be Senate ratification of any upcoming agreement that might flow from this framework agreement. With the Senate potentially about to change in complexion, it seems highly unlikely that hearings will be scheduled immediately to examine the intentions of both sides. With U.S.-Russia relations at a low point, this is not going to be an easy road.

Nobody wants a nuclear war. That’s the easy part. The rest is very complex. America and Russia have been negotiating treaties to limit nuclear weapons since the now-famous SALT negotiations in the early 1970s. The Strategic Arms Limitation Talks were aimed at curtailing the manufacture of strategic missiles capable of carrying nuclear weapons.

Subsequent agreements were reached in the early 1990s and then the major milestone in a New Start Treaty signed in February 2011 – the one due to expire in February.

But so much has happened between the United States and Russia with investigations of hacking, charges of cyber intrusions in Western elections, alleged poisoning of Russians and the minefield of issues around Russia and Ukraine that culminated in impeachment hearings. It is fair to be skeptical about whether or not this is really an arms control announcement or just a diversion from COVID-19 and other global unpleasantness.

My advice would be to embrace the big picture goal of arms control but not get backed into a corner on the details. Where we can all agree is on the need to put restraints on nuclear weapons. In a time of massive disagreement, that’s a useful place to begin.

Tara D. Sonenshine is former U.S. under secretary of state for public diplomacy and public affairs.