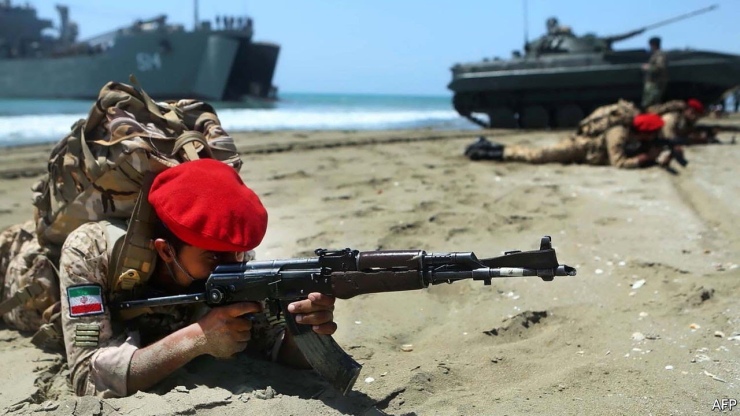 But don’t expect it to go on a buying spree

THE F-14 TOMCAT was a cutting-edge fighter jet when it first flew 50 years ago. It acquired iconic status when it starred in “Top Gun”, a Hollywood blockbuster, at the height of the Reagan era. Newer planes have long since taken its place in America’s air force. But Tomcats are still a feature of Iran’s decrepit armed forces, which acquired the planes shortly before the Islamic revolution in 1979. Many of the country’s other arms, from infirm British tanks to vintage American helicopters, are also museum pieces. But the expiration of a United Nations arms embargo on October 18th allows the country’s generals to dream of shinier weapons.

Iran’s armed forces have long had to make do with junk. Though America and Britain sold advanced weapons to the pro-Western Shah in the 1960s and 1970s, the theocracy that followed lost somewhere between one-half and two-thirds of that equipment in a brutal eight-year war with Saddam Hussein’s Iraq. The departure of Western technicians and an informal arms embargo prevented the Iranians from maintaining or replacing what was left. In 2007 the UN imposed a formal arms embargo, amid rising tensions over Iran’s nuclear programme.