The 2020 Atlantic Hurricane Season Isn’t Over Yet. Hurricanes Have Struck the U.S. in Late October, Even November

Despite the current lull, hurricane season isn’t over yet.

On average since 2000, 2 named storms, 1 of which becomes a hurricane, formed after mid-October.

There have been a number of impactful landfalls in late October, even November.

The 2020 Atlantic hurricane season is not over yet, despite the current quieter period following Hurricane Delta’s siege on the storm-weary Gulf Coast.

We understand your hurricane fatigue.

We’ve blown through 25 storms, second only to 2005’s 28 storms. Ten of those storms made a U.S. landfall, shattering a record that had stood for 104 years.

Hurricane Delta was the second hurricane to slam southwest Louisiana in six weeks.

Greek alphabet names list after the 21 names in the 2020 Atlantic hurricane season were already used up by Sept. 18. Checkmarks show Greek names already used in 2020.

So, how much of the hurricane season is left? When can we finally put this season to bed?

What’s An Average End to the Season?

The Atlantic hurricane season runs from June through the end of November, a broad definition that’s been in place since 1965 to cover about 97 percent of storms and hurricanes that form, according to NOAA’s Hurricane Research Division.

Since 2000, an average hurricane season has produced two named storms after Oct. 13, one of which becomes a hurricane.

Only two seasons this century – 2006 and 2002 – failed to produce a single storm after September.

Using a measure called the ACE index – short for Accumulated Cyclone Energy – which takes into account not just the number, but also the intensity and longevity of storms and hurricanes, about 15% of hurricane season activity typically occurs after Oct. 13, according to data compiled by Phil Klotzbach, a tropical scientist at Colorado State University.

Average named storms (red) and hurricanes (white) through the Atlantic hurricane season. The yellow-shaded area after the “today” marker denotes average activity left in the remainder of the hurricane season after mid-October.

In 70 years of data since 1950, the season’s last storm formed on average around Nov. 2 and most often formed in either October or November.

In most years, the final storm of the season formed in either October or November. But in just over 10 percent of those seasons, a storm formed in December.

So, what are the odds a late-season storm or hurricane becomes a U.S. threat?

Below are the tracks of 43 storms that formed after Oct. 13 from 2000 through 2019. You can see common breeding grounds are the western Caribbean Sea, the southwest and central Atlantic Ocean.

Tracks of Atlantic Basin storms that formed after Oct. 13 from 2000-2019. Segments in black indicate when each storm was a tropical wave, low, or remnant.

Given Florida’s Peninsula juts south into the main area for late-season development, the Sunshine State can be hit this late in the season.

Hurricane Wilma’s Category 3 landfall in South Florida in 2005 was the most recent example.

But Wilma was hardly the only case.

Category 1 Hurricane Gladys struck farther up the Peninsula north of Tampa-St. Petersburg in 1968, and small, but powerful Hurricane King tore through Miami-Ft. Lauderdale at Category 4 intensity on Oct. 17-18, 1950.

It’s not just the Florida Peninsula, either.

Hurricane Juan looped off the southern Louisiana coast before moving inland, then made another loop just before Halloween 1985.

About three weeks later on Nov. 21, Hurricane Kate made a Category 2 landfall near Panama City, Florida, still the latest-in-season U.S. hurricane landfall on record. Kate produced an 11-foot storm surge at Cape San Blas, downed many trees and knocked out power in the Florida Panhandle, especially in Tallahassee.

Kate was one of only three U.S. November hurricane landfalls.

Another November hurricane roared ashore in South Florida the same year as the infamous Labor Day 1935 hurricane. The other U.S. November landfall, known as the “Expedition” hurricane, struck North Carolina in 1861, wreaking havoc on a fleet of warships during the early months of the Civil War.

The only three hurricanes to make a November landfall in U.S. history.

While most late-season storms are whisked over the Atlantic well off the East Coast, a few have made their mark on the Eastern Seaboard over the years.

The most destructive example of this was 2012’s Superstorm Sandy, which, despite not technically a hurricane at landfall in New Jersey, was one of the costliest storms in U.S. history, with an estimated $74.8 billion damage.

In early November 2009, Hurricane Ida spun down just off the coast of southeast Louisiana, but its remnant spawned a powerful East Coast storm off North Carolina that produced days of damaging coastal flooding, earning the nickname “Nor’Ida,” a combination of nor’easter and Ida.

While “The Perfect Storm” at the end of October 1991 wasn’t a U.S. hurricane landfall, it began by ingesting Hurricane Grace, then evolved into an “Unnamed Hurricane,” lashing the East Coast with destructive, battering waves.

Late-season hurricanes have also had severe impacts in Central America and parts of the Caribbean Sea in recent years.

So far this century, four such hurricanes have had their names retired due to their destructive and/or deadly impacts.

In late November 2016, Hurricane Otto made a Category 3 landfall in Central America, bringing damaging winds and flooding rain to Nicaragua and Costa Rica. It was the only known hurricane to move over Costa Rica and latest Atlantic Basin landfall on record, among other notables.

In 2010, Hurricane Tomas was the latest hurricane on record to strike the Windward Islands just before Halloween, then spawned deadly flooding and mudslides in Haiti.

In 2008, Hurricane Paloma clobbered the Cayman Islands at Category 4 intensity before roaring into Cuba in early November. Practically every structure on Cayman Brac was destroyed, but nobody was reported hurt. 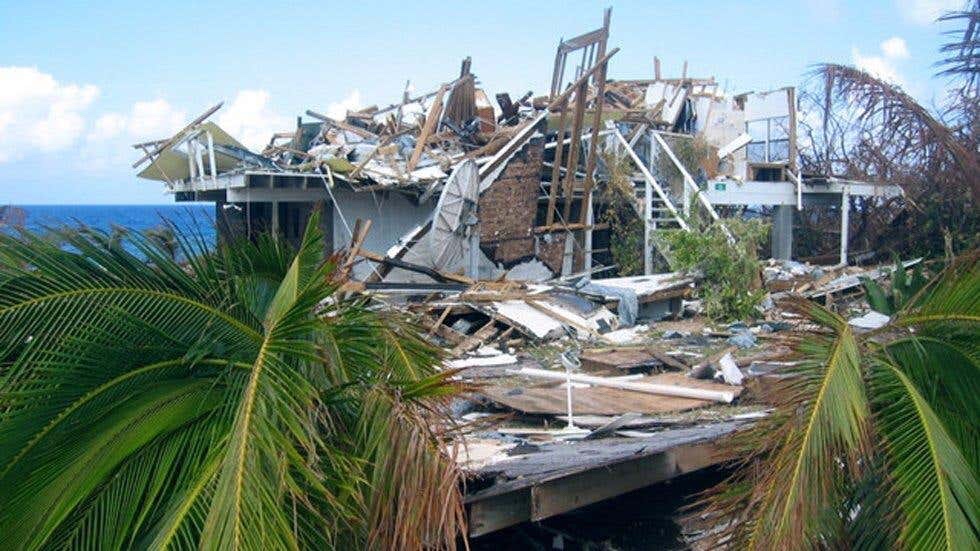 Damage from Hurricane Paloma on the island of Cayman Brac as seen on Nov. 14, 2008.

In early November 2001, Category 4 Hurricane Michelle was the strongest hurricane to hit Cuba since 1952.