Pakistan’s Air Force Marshal, Mujahid Anwar Khan, claimed India is planning an offensive in an attempt to spread conflict. He expressed his fears while speaking at the Centre for Aerospace and Security Studies in Pakistan.

Mr Khan said that Indian forces will come within 5 kilometres to prove their dominance in the air.

He added that India will attempt to inflect “conflict beyond Kashmir and at international border”.

The Air Marshal said: “I would imagine India offensive in 18-24 months.

“As it received a sizeable number meteor equipped Rafale from France.

“Only this time she will enter deeper than 5 kilometres and engage multiple targets to stamp its superiority in the aerospace domain.

“I imagine India’s willingness to spread the conflict in the air beyond Kashmir and possibly at the international border.”

India introduced the new Rafale jets into its Air Force earlier this month.

India said it was ready to handle a possible two-front war with China and Pakistan (Image: getty)

The Indian Air Chief Marshal said the country was ready to handle a possible two-front war with China and Pakistan.

He said: “The integration of Rafales brings in a platform which is way ahead and would give us an edge and capability to strike first and deep.

“Indian Air Force is ready for any possible conflict including a two-front war.”

He added: “Our position as a credible combat-ready force is vital, given the role Air Force will play towards ensuring victory in any future conflict. 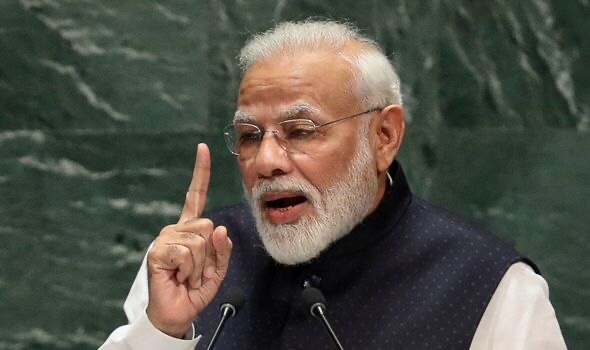 “The emerging threat scenario in our neighbourhood and beyond mandates need to have a robust capability to fight across the entire spectrum of warfare.

“I can share with you with confidence that operationally, we are amongst the best.”

He said: “The talks towards disengagement, followed by de-escalation, are on. We hope that the talks will progress along the lines that are expected.”

Mr Bhadauria also insisted that the Indian Air Force is “well-positioned” for any conflict.

The largest militaries in the world (Image: Express.co.uk)

Last year, Pakistan said it shot down two Indian military jets in an attack over Kashmir.

The two sides both claim the whole of Kashmir as its territory but only control parts of it.

The aerial attacks across the border in Kashmir were the first since a war in 1971.

It was part of a move to tighten India’s control over the part of Kashmir it controls.