Tensions between NATO countries, including Russia and the US, are deepening. In the Arctic area near Black Sea and Norway between fighter jets of Russia and NATO countries, the sky is increasing. The United States had sent its 6 B-52 nuclear bomber aircraft to Britain to prepare for the same threat from Russia. These aircraft have now returned to their US Air Force home base, Dakota. These bombers flew 57 times during their deployment to the UK’s Fairford Airport. These bombers were equipped with 120 highly-deserved cruise missiles and were capable of carrying out nuclear strikes anywhere in Africa and Europe. Let us know what the Russian motive of America is behind sending these bombers to Europe….

American nuclear scientist Hans Christenshen says the purpose of American Bombers’ 57 missions to the Black Sea and the Arctic region was to point out that when we fly, we endanger our targets immediately. At the same time, we had to tell that we can use traditional offensive power all over the world. Christenshen said the B-52 bombers the US had deployed in Europe could also attack with a nuclear cruise missile. He pointed to the US Army statement in which he said that “when we take flight, the immediate target is in danger”. The top scientist said that the US Air Force was referring to the Air Launch Cruise Missile in front of the US to conduct a nuclear strike. These American bombers are also stationed in Guam, near Japan, capable of targeting East Russia. 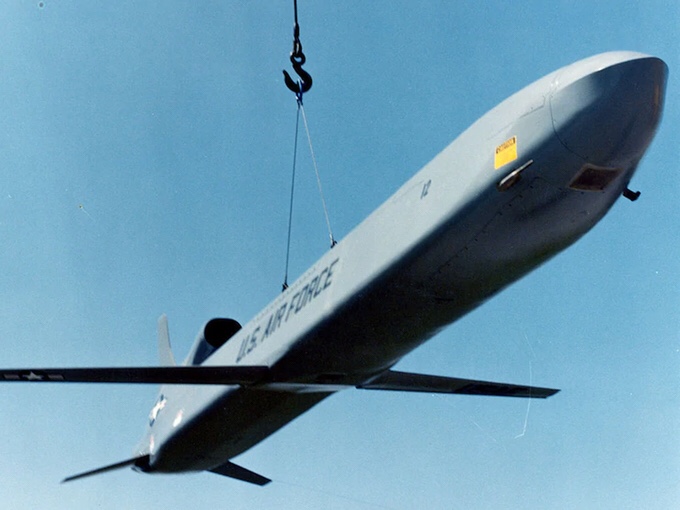 America’s Air Launch Cruise Missile (ALCM) is capable of dropping 2500 kilometers of nuclear bombs. This means that if this American subsonic cruise missile is fired from the British sky, then Russia’s capital Moscow can be destroyed. The cruise missile named AGM-86 is built by Boeing company of America. This missile is capable of attacking by dodging the enemy’s air defense system. It has been specially designed to foster Russia’s air defense system. The long range of this missile has allowed American bombers to attack without going to the Russian airspace. To eliminate this missile, Russia has now built its MiG-31 fighter jet and Tor missile system.

During its deployment to Britain, American bombers flew 57 times and maneuvered with 100 other fighter jets from 30 countries. They flew over Bombers, North Pole, Barrant Sea, Black Sea, Norway and the Mediterranean Sea. The US Air Force issued a statement saying that the bombers’ flight reflects our commitment to global security and stability. The US Air Force said that despite the challenge of Corona, we are ready to carry out all kinds of missions with our fellow countries. Let us tell you that the tension between NATO countries and Russia is increasing on many issues including Belarus. Russia has extended its support to Belarus President Alexander Lukashenko, while NATO countries are opposing him. The President of Belarus, who has held the power for nearly 26 years, has alleged that NATO wants to divide his country and remove them from power.

The world’s deadliest bomber includes B-52

The United States has sent its B-52 bomber to Britain in view of this growing crisis. These bomber aircraft are equipped with both nuclear and conventional weapons and missiles. This bomber can carry 32,000 kg weapons at one go. Its firepower is about 14,080 km. It consists of 6 engines and has been specially designed keeping in mind the Russian threat. The US has put 58 B-52 bombers on active duty. It is capable of flying from subsonic speed.

Trump asked for the impossible out of China