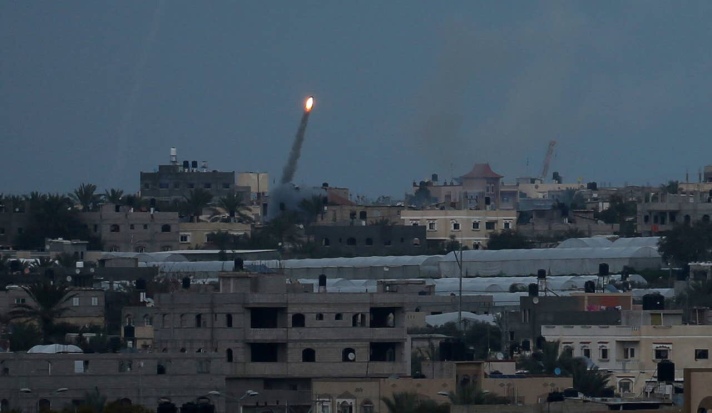 The Israeli army struck on Monday targets in the Gaza Strip, shortly after a rocket fired from the Hamas-controlled enclave landed in an open area in southern Israel.

Local authorities reported no casualties or damage. The Israeli army said only one rocket was fired, and an alert sounded in border communities.

The army said it targeted a Hamas position in southern Gaza, while Palestinian media reported blasts in the Rafah area.

This is the first incident of cross-border rocket fire since mid-September, when Palestinian factions fired 13 rockets from the Hamas-controlled enclave after tensions between Gaza and Israel increased amid a backdrop of the White House signing ceremony where Israel inked normalization agreements with the United Arab Emirates and Bahrain.

At the time, residents reported sounds of explosions and the IDF said which eight of the 13 rockets were successfully intercepted by the Iron Dome missile defense system. The Israeli army responded and struck Hamas targets in northern and central Gaza, Palestinian reports said.

Amid increased tensions, on Thursday last week, two Palestinians were detained near the Gaza border after breaching the fence and entering Israeli territory north of the Strip, the Israeli military said.

According to an IDF statement, the two Palestinians threw a grenade, which failed to explode. They were also found to be carrying a knife, cutters, and a second faulty grenade.