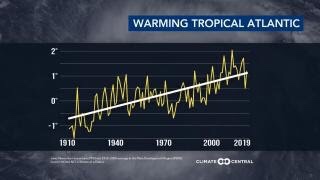 The 2020 Atlantic hurricane season is already the second most active on record with 68 days left to go.

We have already had to use the Greek alphabet for names as we have exhausted all of the other names. The only other year we have done this is 2005. That was a record-breaking year with 31 tropical or subtropical cyclones and 27 named storms. 2020 is outpacing 2005.

Beta became the earliest 23rd named storm on record, beating Tropical Storm Alpha from 2005 by 34 days. It certainly looks like the 2020 Atlantic season could become the most active on record. And it seems climate change is making these tropical systems worse once they develop. 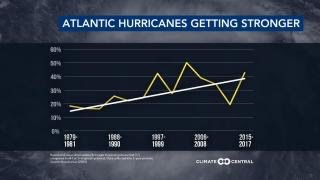 Water temperatures in the tropical Atlantic during hurricane season have risen about 1.85 degrees over the last 100 years. Warmer sea surface temperatures adds energy to storms, giving them a greater potential to strengthen. 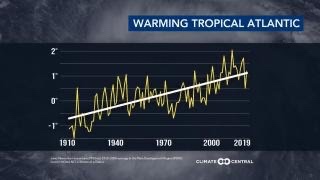 Tropical systems are now producing heavier rain and are often moving slower, increasing the amount of rain and adding to the flooding risk. And with sea levels about 7 inches higher than 100 years ago, coastal flooding from storm surge is traveling farther inland and is deeper as well.

All signs point to these trends continuing unless we cut greenhouse gas emissions.

Climate change is real, and it is having a huge impact on our weather and on our tropical systems.