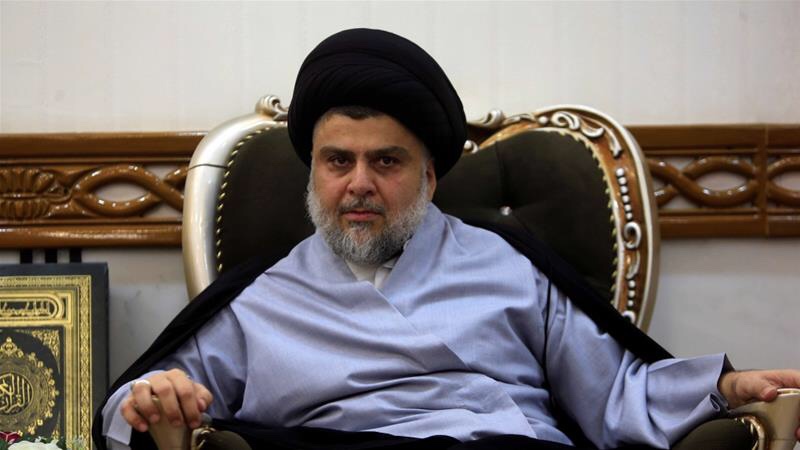 The leader of the Sadrist movement, Muqtada al-Sadr, warned on Friday against dragging Iraq to a “dark tunnel” by targeting cultural and diplomatic centers with missiles and explosives. Instead he called for using “political and parliamentary means” to deal with the US presence in the country.

“Attacking diplomatic and cultural centers will push Iraq to a dark tunnel,” Sadr wrote on Twitter.

The leader of the Sadrist movement called for using political means and resorting to the parliament “to end the occupation” and stop foreign interference in Iraq’s internal affairs.

Commenting on Sadr’s statements, Ihsan Al Shameri, the head of the Political Thought Center in Baghdad, told Asahrq Al-Awsat that the leader of the Sadrist movement is trying to improve his image.

The position of the Shiite cleric came as armed factions continued to attack the Green Zone in Baghdad, where the US embassy is located.

On Friday, an explosion inside the American Institute for Teaching English in central Najaf, 160 km south of Baghdad, caused extensive damage to its building.

The Najaf Police Command said initial information indicates that an explosive device blew up at the Institute, without causing any casualties.

Shortly before the Najaf attack, an explosive device detonated on the highway in Al-Musayyib district in Babylon governorate, targeting a convoy transporting equipment for the international coalition by Iraqi transport companies, Iraq’s Security Media Cell announced.

It said the explosion did not cause human losses or material damage.

Also, the Salah al-Din Operations Command announced the explosion of a pile of ammunition in an abandoned building inside the Spyker base, denying rumors of the bombing of a Popular Mobilization Forces warehouse at the base.

The Operations Command stated that the ammunition exploded as a result of poor storage and high temperatures.