Now both countries are testing missiles systems which would have previously been banned under the 1987 agreement.

But Russia isn’t the only country with which the US has clashed with, as tensions in the South China Sea grow between Washington and Beijing. 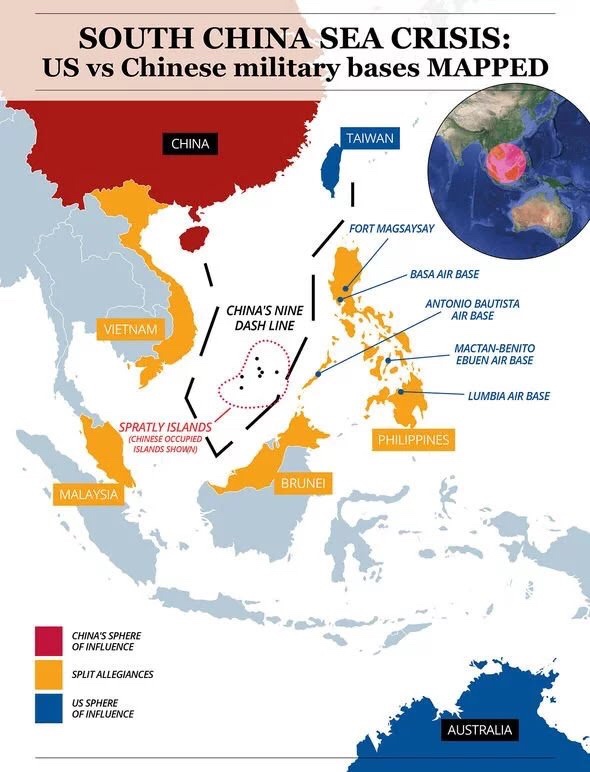 After President Trump withdrew from the accord, his then defence secretary Mark Esper told reporters that he wanted to counter China’s massive missile inventory “sooner rather than later.”

China has built up a significant military presence in the South China Sea as the country controversially tries to gain control in the region.

Described by many as “island fortresses“, China has engulfed the South China Sea with man-made island bases and has been accused of forming them specifically for military purposes.

The moving of its aircraft carriers, airstrips and weapons into the region has earned the cluster of bases the nickname: “The Great Wall of Sand.”

Photographs published by the Philippine Daily Inquirer showed cargo ships and supply vessels, which appeared to be delivering construction materials to the China-controlled islands.

Others show runways, hangars, control towers, helipads and radomes as well as a series of multistorey buildings that China has built on reefs. 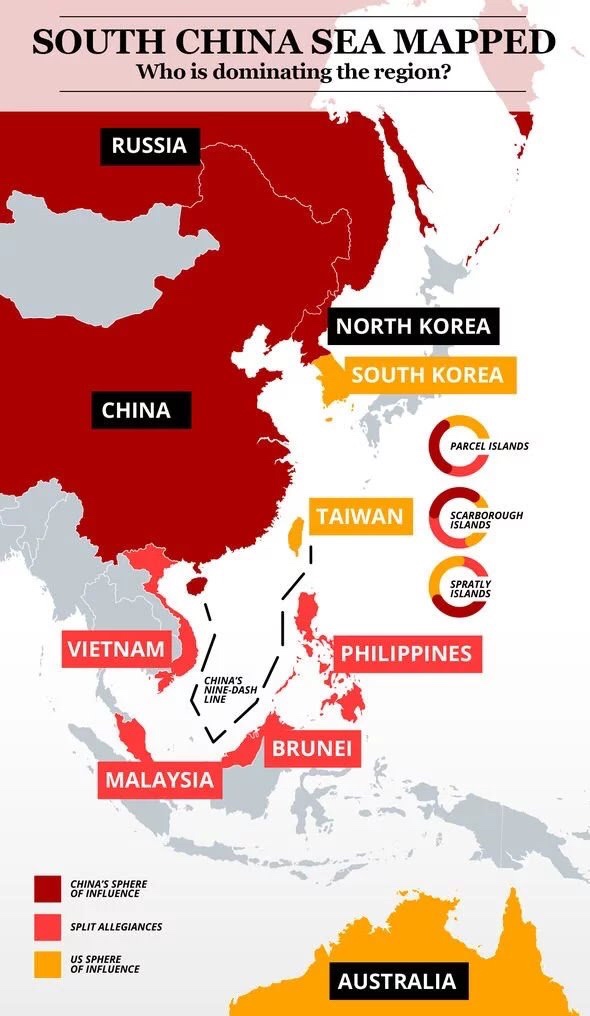 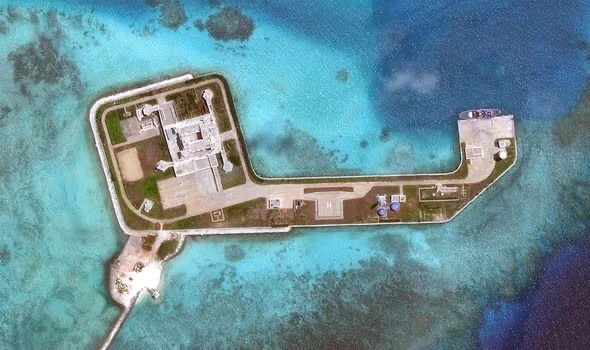 Fears remain focussed at China’s recent aggression with its weaponry in the region sparking fears of conflict.

A source close to the Chinese military said last month that an “aircraft-carrier killer” and one other missile were launched into the South China Sea as a warning to the US.

One of the missiles, a DF-26B, was launched from the northwestern province of Qinghai, while the other, a DF-21D, lifted off from Zhejiang, a province in the east of the country.

The move represents a drastic escalation in an already fragile standoff between two of the world’s biggest nuclear powers.

Both missiles targeted areas between Hainan province and the Paracel Islands according to Beijing’s forces, areas contested by smaller nations such as Vietnam and Taiwan.