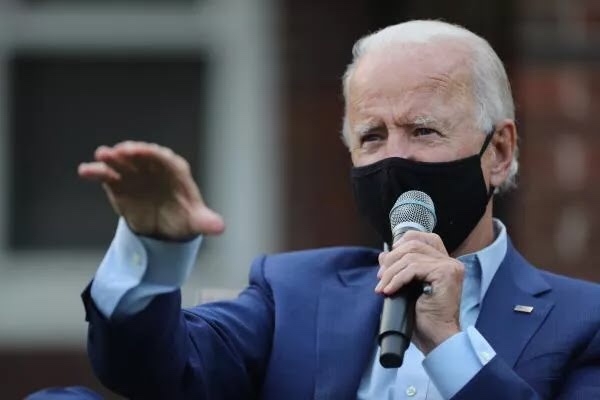 Democratic presidential nominee Joe Biden has claimed that Iran is now closer to a nuclear weapon that it was during President Barack Obama’s administration, criticizing President Donald Trump for walking away from the nuclear deal Biden wishes to resurrect.

At a virtual fundraiser hosted by the JStreet PAC on Thursday, Biden said he would seek to re-engage with Tehran though admitted this would not be easy after four years of antagonism.

On Thursday, Biden said Trump had made an Iranian nuclear weapon more likely despite his claims to the contrary. “Iran is closer to a weapon now than we were when we left office in 2017,” he said, according to a press pool report sent out by his campaign.

The former vice president defended the JCPOA, describing it as the “most intrusive inspection regime in history.”

Trump abandoned the Joint Comprehensive Plan of Action in May 2018, claiming the deal was too lenient and fulfilling a promise that became a key part of his foreign policy campaign strategy.

Trump withdrew despite other signatories urging him to reconsider and despite the International Atomic Energy Agency confirming that Tehran was complying with the agreement.

U.S.-Iran reactions have continued deteriorating since, with the two sides launching strikes against each other and flirting with an open conflict. Trump has maintained his “maximum pressure” campaign against Tehran, seeking to undermine the regime with crippling economic sanctions.

The Trump administration has tried to rally its allies against Iran but has failed. The other signatories to the JCPOA—Russia, China, the U.K., Germany and France—remain committed, and the United Nations Security Council has rejected U.S. efforts to extend an arms embargo on Iran or re-apply the sanctions lifted by the JCPOA.

Meanwhile, Iran has ended compliance with the JCPOA’s terms. Tehran is now expanding its enriched uranium stockpile and ramping up its ability to produce more. Iran had been ending compliance piecemeal since Trump’s withdrawal, but said it would no longer respect any restrictions after the U.S. assassinated Major General Qassem Soleimani in January.

The Trump administration has accused Iran of running a clandestine nuclear operation outside of the JCPOA, citing Israeli intelligence. A nuclear-armed Iran would represent an existential threat for Israel.

Iran has denied the allegations and international inspectors repeatedly confirmed Iranian compliance in the years before Trump’s withdrawal.

Biden said Thursday he would reenter the deal if Iran “returns to compliance,” though said he would need help from the other JCPOA signatories, including U.S. rivals Russia and China. “I promise you it will be a significant initiative of mine to get back into the deal,” Biden said.

Trump has vowed to secure a new, more restrictive deal with Iran, one that would include limits on Tehran’s ballistic missile program and malign regional influence. Earlier this year, Trump urged Iran to “make the big deal” before November’s presidential election.

But Iranian officials have repeatedly refused new talks with the Trump administration, and dismissed any suggestion it would renegotiate the deal to make it more restrictive.

Why South Korea is About to go Nuclear: Daniel 7