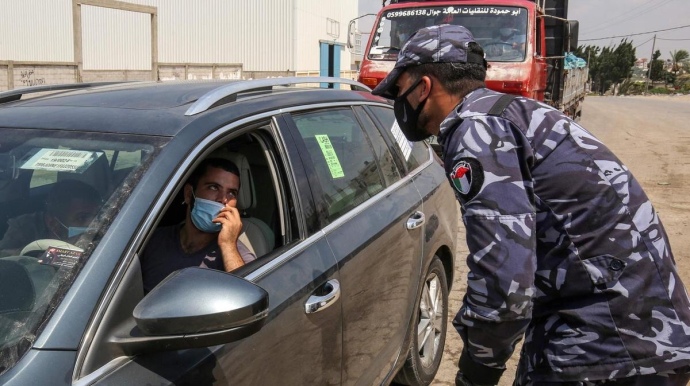 Hamas in Gaza has announced it has reached a deal to end the latest escalation in violence with Israel.

“An understanding was reached to rein in the latest escalation and end aggression against our people,” the office of the Palestinian territory’s Gaza leader, Yahya Sinwar, is quoted as saying by the Agence France-Presse.

Israel has been attacking Gaza in recent days after incendiary balloons and kites were launched across the border.

A Hamas source said there had been “a total halt” to balloon and other attacks against Israel, in agreement with other factions in the coastal strip, which is home to about two million people.

“Fuel supplies will return and the power station will be restarted from Tuesday,” the source said.

An Egyptian delegation had been moving between the two sides to try to broker a renewal of an informal truce under which Israel committed to ease its 13-year blockade of Gaza in return for calm on the border.

It was joined by Mohammed Al Emadi, the Qatari envoy to Gaza, who also held talks with Israeli officials in Tel Aviv.

Cogat, Israel’s liaison agency to the Palestinian territories, confirmed that Gaza’s main goods crossing would reopen and fishermen would be allowed back to work, up to 15 nautical miles from the shore.

The developments were “subject to the continuation of the calm and the security stability” but Cogat warned that if Hamas failed to deliver, Israel would “act accordingly”.

Condition outside the Temple Walls is Unlivable

Antichrist calls on supporters to attain majority in next Iraq parliament

Iran is just months from a nuclear bomb: Daniel 8