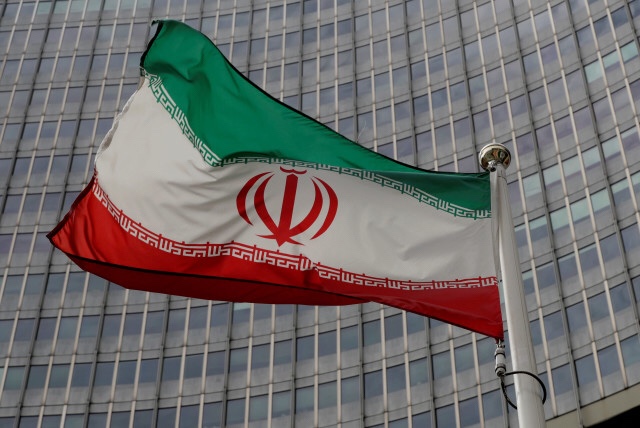 The domestic intelligence agency for the German state of Saarland added new weight to intelligence reports from its sister states that previously confirmed the Islamic Republic of Iran sought technology for weapons of mass destruction and missile carrier systems during time period of 2019.The Jerusalem Post reviewed the 112-page intelligence report, which was released last week, titled “Overview of the situation” that addresses security threats faced by the small West German state Saarland.

“Iran, Pakistan and, to a lesser extent Syria, made efforts to procure goods and know-how for the further development of weapons of mass destruction and their delivery systems,” wrote the intelligence officials for the Saarland.

“Delivery system” is typically defined as the capability to launch missiles. Israel, the United States and many Gulf nations believe Iran’s clerical regime seeks to develop nuclear weapons.The Post contacted the Saarland domestic intelligence agency regarding the nature of the illicit proliferation material that Iran sought in 2019. Katrin Thomas, the spokemwoman  for the domestic intelligence agency wrote the the Post by email on Friday that “the Protection of the Constitution in Saarland does not pass on any information on the activities of groups or individuals.The Protection of the Constitution is the formal name of the Saarland domestic security service.”

The report said that “The intelligence services of these countries are present with varying staffing levels at the respective official and semi-official representations in Germany and maintain so-called legal residencies there. This refers to the operational bases of a foreign intelligence service, disguised in an official (e.g. embassy, consulate general) or semi-official (e.g. press agency, airline) representation in the host country as a starting point for intelligence activities.”

According to the Saarland intelligence document, “The intelligence staff there, supposedly working as diplomats or journalists, conduct open or covert information gathering themselves or provide support in intelligence operations that are carried out directly by the headquarters of the intelligence services in their home countries. In addition, intelligence services also carry out operations without their legal residences being involved. The focus of their respective procurement activities is based on current political requirements or economic priorities.”

The intelligence officials noted that China and Iran replicate Russia’s brutal tactics in targeting dissidents and opponents within the federal republic. “The Iranian and Chinese intelligence services are also active in this field.”

The report says that for Iran to achieve its goal, “selected people from the opposition movement are approached with the aim of a commitment to intelligence cooperation. In the event of rejection, the persons concerned or their relatives living in their home country are often threatened with reprisals.”

Germany’s 16 federal states have their own local domestic intelligence service. Each state releases an annual report documenting threats to the democratic order of the state.

The Saarland noted the apparent illicit nuclear weapons activities of Pakistan in Germany and elsewhere abroad. “Pakistan also operates an extensive nuclear and carrier technology program and continues to endeavor to expand and modernize, in order to retain a serious deterrent potential against the ‘Arch enemy’ India.”

The report stated that “Although Pakistan is largely technically self-sufficient, it needs some key components (including control technology) that are procured abroad.”

Counter-terrorism experts have long accused Pakistan of sponsoring and protecting terrorist movements such as the Taliban.

“They aim to complete existing arsenals, perfect the range, applicability and effectiveness of their weapons and develop new weapon systems,” the report said. “They try to obtain the necessary products and relevant know-how, among other things, through illegal procurement efforts in Germany.”

“The term ‘proliferation,’” the report continued, “refers to the further spread of atomic, biological, and chemical weapons of mass destruction –­ or the products and know-how required to manufacture them –­ and corresponding delivery systems.”

The federal German domestic security agency disclosed in its July report that “the BfV [federal domestic intelligence service] was only able to find occasional indications of Iranian proliferation-related procurement attempts for its nuclear program. Such indications arise when the methodological approach to the procurement of goods, [and] their application also in a nuclear program and/or available knowledge about the final recipient respective to the inquiring point indicate a potential procurement background relevant to proliferation.”

Former US acting director of intelligence Richard Grenell authored a stinging indictment of Germany’s government for its failure to vote in favor of an extended weapons embargo against Iran’s regime, a deadly adversary of the United States, Israel and the West.

Writing in his The Hill column in August, Grenell, a former ambassador to Germany, said: “This was a particularly troubling decision by Germany, which recently took the bold step of circumventing EU policy by designating the entirety of Hezbollah as a terrorist organization. Germany also regularly reaffirms its special commitment to the security of Israel, the country most threatened by Iranian arms.

“Germany’s decision not to prevent Iran from importing Chinese and Russian weapons systems is so consequential for Hezbollah’s resourcing capacities that it effectively neutralizes the positive step Berlin had taken by revising its Hezbollah policy,” he wrote.