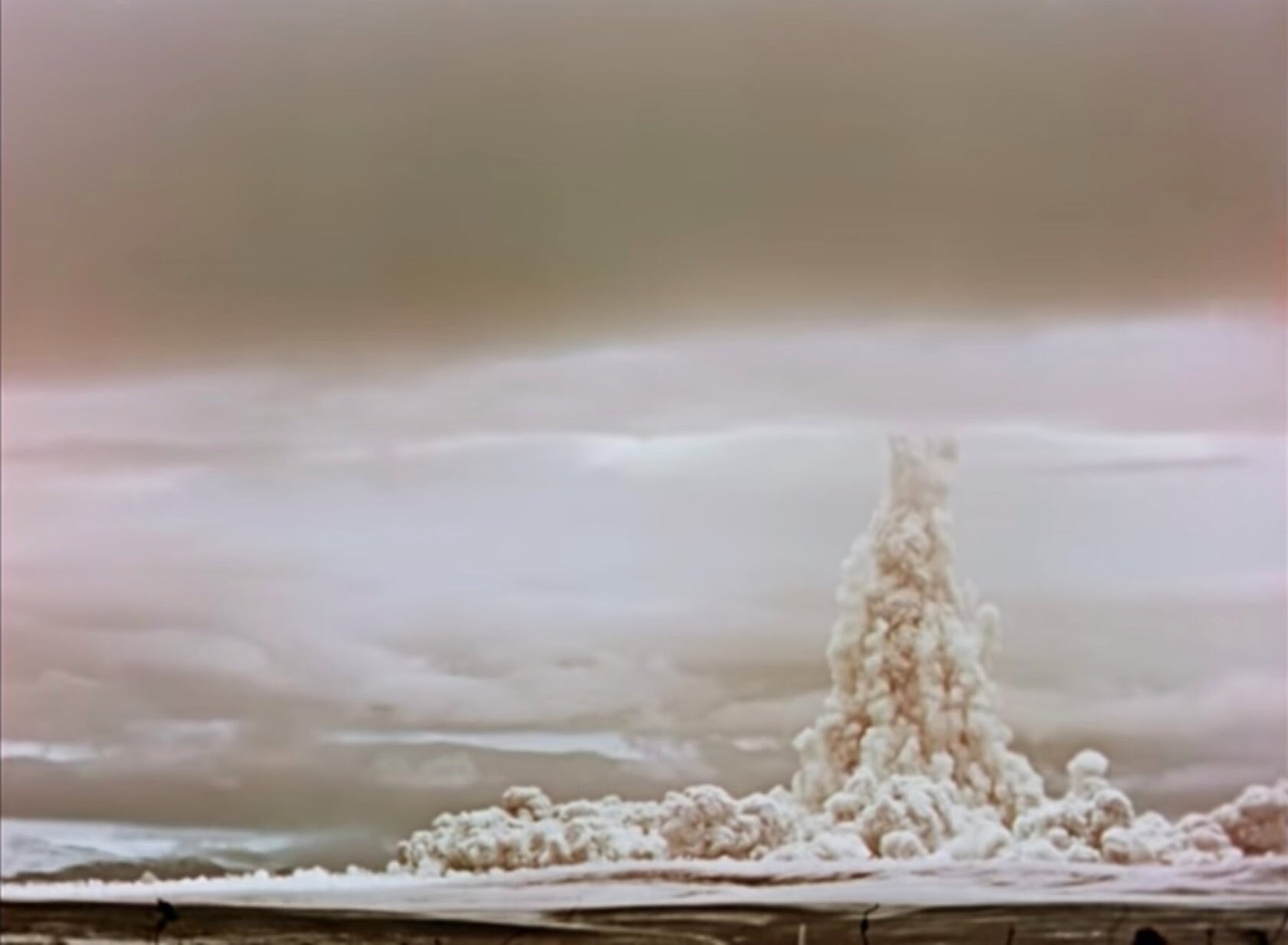 Hydrogen bombs — the world’s deadliest weapons — have no theoretical size limit. The more fuel, the bigger the explosion. When the United States in 1952 detonated the world’s first, its destructive force was 700 times as great as that of the atomic bomb that destroyed Hiroshima.

And in the darkest days of the Cold War, the Soviets and the Americans didn’t only compete to build the most weapons. They each sought at times to build the biggest bomb of all.

“There was a megatonnage race — who was going to have a bigger bomb,” said Robert S. Norris, a historian of the atomic age. “And the Soviets won.” 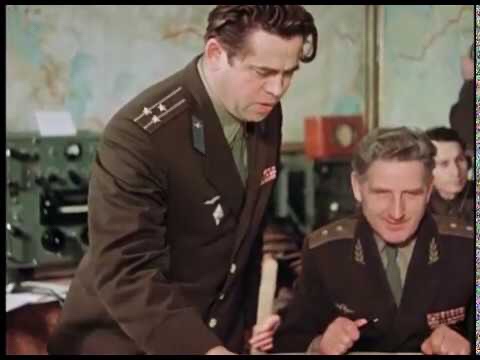 Last week, the Russian nuclear energy agency, Rosatom, released a 30-minute, formerly secret documentary video about the world’s largest hydrogen bomb detonation. The explosive force of the device — nicknamed Tsar Bomba, or the Tsar’s bomb, and set off on Oct. 30, 1961 — was 50 megatons, or the equivalent of 50 million tons of conventional explosive. That made it 3,333 times as destructive as the weapon used on Hiroshima, Japan, and also far more powerful than the 15 megaton weapon set off by the United States in 1954 in its largest hydrogen bomb blast.

From several angles and distances, the video shows the development of the weapon’s gargantuan mushroom cloud, hinting at the bomb’s churning power and apocalyptic force.

Russia has previously released photos and video clips of the device, known officially as RDS-220. The Barents Observer, a publication in Norway, earlier reported on the video’s full release. It features closed captions in English, as well as surges of triumphal music.

In an interview, Alex Wellerstein, a nuclear historian at the Stevens Institute of Technology in Hoboken, N.J., called the release “a nice addition” to the growing body of public information. He said the bomb’s description in the video documentary was much fuller than the public would normally receive, but nonetheless carefully avoided the secret technical details “despite appearing to show the innards.”

Dr. Norris, the author of “Racing for the Bomb,” cited formerly classified American documents that revealed the largely dismissive reaction of American military officials to the colossal blast.

Roswell L. Gilpatric, the deputy secretary of defense in 1961, said in a speech just days before the giant Soviet test that American nuclear experts had judged the military value of such a blockbuster “so questionable that it was not worth developing.”

The mushroom cloud from the bomb’s detonation was so large that the Soviet photographers had a hard time capturing its full dimensions. Rosatom

A top-secret document written in July 1963, nearly two years after the blast, noted that “the United States presently has the capability of designing” a weapon of such destructive force.

Over decades, the big challenge for the makers of the nation’s nuclear arsenal (as well as Russia’s) turned out to be devising not big hydrogen bombs but small ones, which were judged as more useful for targeted attacks. Miniaturization let hydrogen bombs be made small enough so that many warheads could fit atop a single missile (putting many cities simultaneously at risk) or that they could be sent into war aboard trucks, submarines and other non-aerial platforms.

The secrets of miniaturization proved so remarkably difficult to master that they eventually became the stuff of spy scandals.

Still, as Dr. Norris put it, history has long credited the Russians for creating and demonstrating the fearsome power of “the big one” and providing a terrifying object lesson in why hydrogen weapons, as a category, are known as unthinkable.

Atomic Past, Present and Future

William J. Broad is a science journalist and senior writer. He joined The Times in 1983, and has shared two Pulitzer Prizes with his colleagues, as well as an Emmy Award and a DuPont Award. @WilliamJBroad