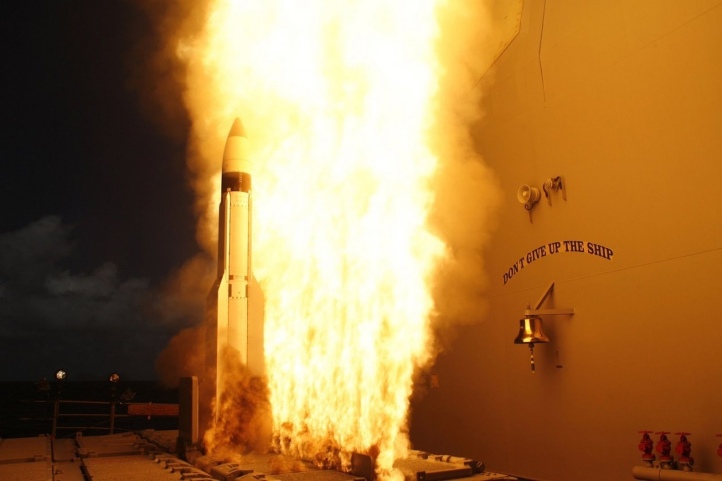 Does Russia Really Have a Nuclear-Armed Hypersonic Missile?

Does Russia really have a nuclear-armed hypersonic missile able to travel at 20-times the speed of sound to instantly destroy targets, penetrate air defenses and overwhelm enemies before there is a chance to respond?

A Russian newspaper says yes, adding that Russia has completed the “experimental design work to develop the Avangard missile systems with the boost-glide vehicle capable of breaching existing and future anti-ballistic missile defenses.”

Avangard is reported to be an Intercontinental Ballistic Missile (ICBM) with both hypersonic speed and an ability to fly a “maneuvering” flight path through the atmosphere.

Boost-glide hypersonic weapons are built to skim along the upper boundaries of the earth’s atmosphere before using the sheer speed of descent to close in on targets with kinetic energy warheads. The principle advantage with hypersonics is, of course, time–an ability to deprive an enemy with any ability to respond.

Should this weapon fully come to fruition, and be nuclear-capable, it would certainly present technical and strategic challenges for U.S. defenses, as there simply may not be time for air defense radar to find and track the approaching missile.

This being said, the prospect of this kind of weapon does raise several interesting questions, pertaining to both U.S. nuclear defenses and emerging innovations aimed at stopping hypersonic attacks.

Should U.S. nuclear launchers, ICBMs or even land-launched, nuclear-armed strategic bombers be rendered ineffective or destroyed, the U.S. still has available options with which to retaliate.

What this means is that an attacker, if even enabled by scores of fast-moving, destructive hypersonic nuclear weapons, will still be at risk of total nuclear destruction for one specific reason…. nuclear-armed ballistic missile submarines.

Lurking beneath the surface in strategically vital waters throughout the world, U.S. submarines are at any time in a position to annihilate entire nations with nuclear-armed missiles. Submarines, it goes without saying, could most likely not be found, targeted or destroyed by air traveling hypersonic weapons.

The U.S. Navy now operates 14 Ohio-class ballistic missile submarines capable of firing nuclear-armed Trident II D5 nuclear weapons at any time. The concept here is self-evident, as they can ensure the complete and immediate destruction of any nation which launches a nuclear attack upon the U.S. Given this, would it make sense for Russia to consider firing nuclear-armed hypersonic weapons at the U.S., even if they were able to penetrate missile defenses.

Also, beyond the well known undersea leg of the U.S. strategic deterrence nuclear triad, U.S. military and industry innovators are working on new innovations aimed at establishing a “continuous track” on approaching hypersonic weapons at long ranges, regardless of their advanced speed. Much of this involves advanced networking, satellite-integrated sensors, and connectivity between boundaries within and beyond the earth’s atmosphere.

Kris Osborn is the new Defense Editor for the National Interest. Osborn previously served at the Pentagon as a Highly Qualified Expert with the Office of the Assistant Secretary of the Army—Acquisition, Logistics & Technology. Osborn has also worked as an anchor and on-air military specialist at national TV networks. He has appeared as a guest military expert on Fox News, MSNBC, The Military Channel, and The History Channel. He also has a Masters Degree in Comparative Literature from Columbia University.