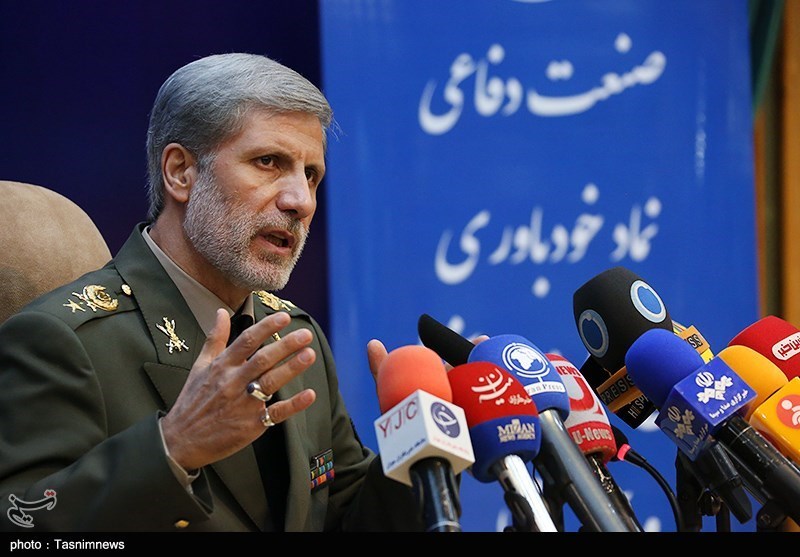 No Obstacle to Development of Strategic Arms in Iran: Defense Minister

In a meeting with members of the Iranian Parliament’s National Security and Foreign Policy Commission on Tuesday, Brigadier General Hatami said the Defense Ministry does not face any problem in the production of strategic weapons and products, thanks to various infrastructures inside the country.

He also noted that the Defense Ministry has successfully carried out the strategies to strengthen national security and maintain the deterrent power in cooperation with the Parliament.

Highlighting the abundant capacities and infrastructures available at the Defense Ministry for supplying the defense needs, the general said the Defense Ministry is prepared to help the country’s economic and civilian sectors with the surplus of its defense technologies and knowledge.

He further pointed to the great role that parliamentary support plays in preserving and boosting the Defense Ministry’s efforts to ensure security and national power, proposing that special funds for the defense-related research studies will help the country attain emerging technologies and respond to the threats, according to the Iranian government’s official website.

Iranian officials have repeatedly underscored that the country will not hesitate to strengthen its military capabilities, including its missile power, which are entirely meant for defense, and that Iran’s defense capabilities will be never subject to negotiations.

Leader of the Islamic Revolution Ayatollah Seyed Ali Khamenei has also called for efforts to maintain and boost Iran’s defense capabilities, hitting back at the enemies for disputing the country’s missile program.

“Without a moment of hesitation, the country must move to acquire whatever is necessary for defense, even if the whole world is opposed to it,” Ayatollah Khamenei said in February 2018.