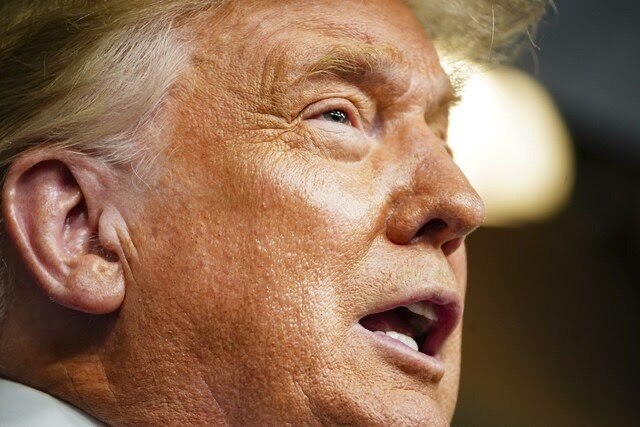 TWO DAYS after taking credit for the opening of diplomatic relations between Israel and the United Arab Emirates, the Trump administration suffered a humiliating reverse at the U.N. Security Council that was, in some ways, more telling about the results of its Middle East policies. The United States asked the council to approve an extension of the 13-year-old embargo on arms trade with Iran — something that matters greatly to Israel and U.S. Arab allies, and which most of the democratic world favors. Yet only one member of the 15-member council, the Dominican Republic, sided with Washington. Russia and China opposed the motion, while 11 countries — including Britain, France and Germany — abstained.

The vote could open the way for Iran to obtain Chinese and Russian arms — for example, missiles it could employ against Israel, the UAE or U.S. ships in the Persian Gulf. At the least, it demonstrated how the Trump administration’s attempt to crush Iran’s Islamic regime has instead made it more dangerous, while isolating the United States.

The U.N. defeat was a direct result of President Trump’s repudiation of the 2015 accord limiting Iran’s nuclear program, which was brokered by the Obama administration in collaboration with the European Union, China and Russia. Mr. Trump claimed renewed U.S. sanctions would force a better deal; instead, Iran renewed its enrichment of uranium and launched attacks in the Persian Gulf. Now the arms embargo, which the U.N. resolution ratifying the nuclear pact extended to this October, is also gone. European allies chose not to vote for renewing it, in part because they wish to preserve what remains of the agreement, including U.N. inspections of Iranian nuclear facilities.

Trump administration officials sought to force the support of allies by threatening to invoke another provision of the nuclear deal allowing one of the parties to unilaterally mandate the renewal of the sweeping international sanctions regime that strangled Iran before 2015. But the U.S. right to invoke the provision after withdrawing from the pact is in question: Even Mr. Trump’s former national security adviser John Bolton, an unquestioned hawk on Iran, called it “too cute by half.” Mr. Bolton warns that such a move, which would involve using the U.S. veto to block a Security Council resolution preventing the resumption of sanctions, might not only fail, but result in the undercutting of the veto power.

Secretary of State Mike Pompeo, a prime architect of the failed Iran policy, railed against the Security Council’s vote, while promising unspecified U.S. action to stop Iran from obtaining new weapons. “We can’t allow the world’s biggest state sponsor of terrorism to buy and sell weapons,” Mr. Pompeo said. “I mean, that’s just nuts.” Agreed. But if Tehran nevertheless succeeds in doing so, it will be due to the gross malfeasance of Mr. Pompeo — and Mr. Trump’s foolish torching of the Obama administration’s legacy.

IDF sets up roadblocks outside the Temple Walls: Revelation 11