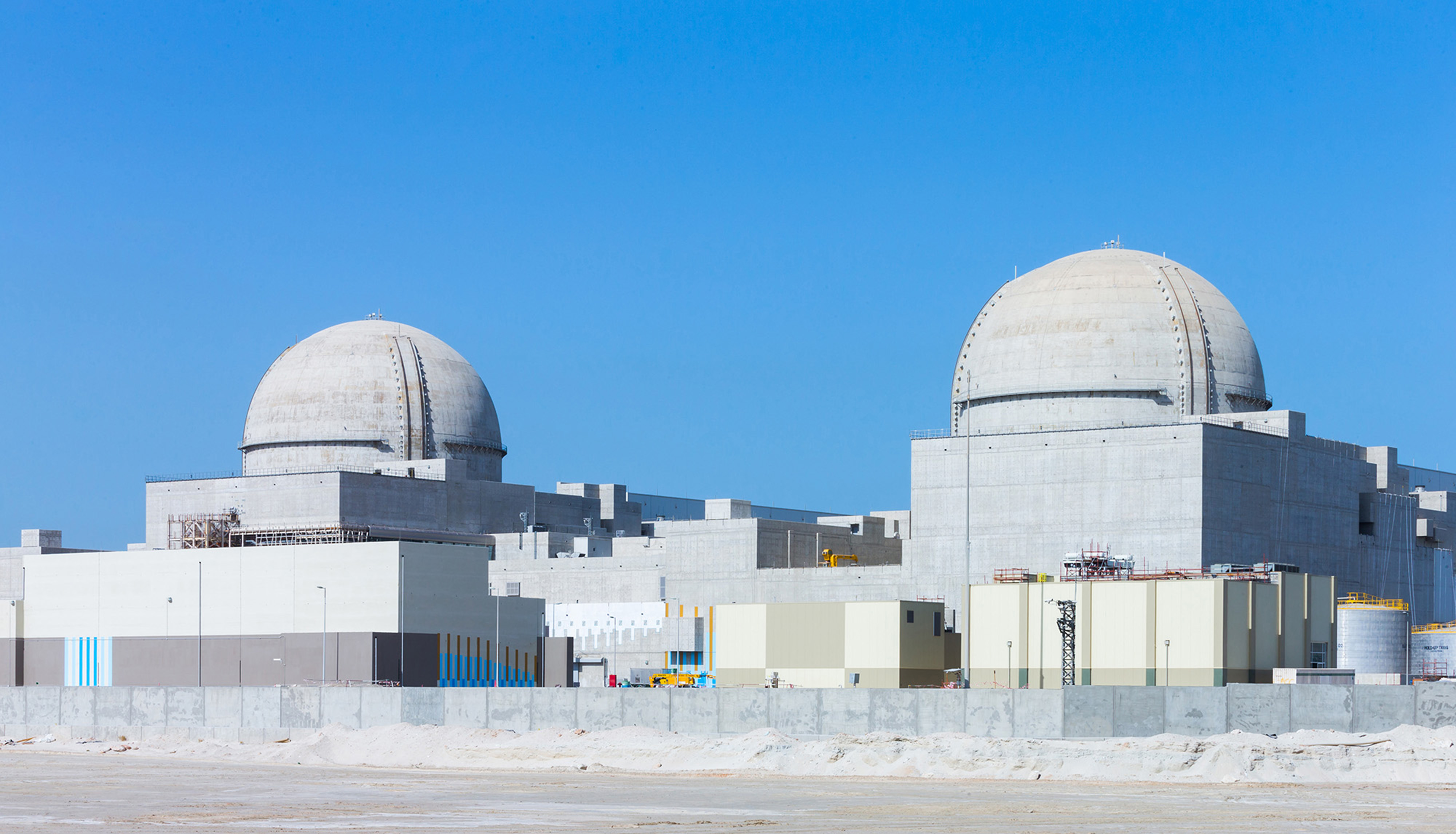 Another Step Forward In The Saudi Nuclear Program

A facility for the extraction of yellowcake from uranium ore has been detected in Saudi Arabia. The facility, which has been in place for some time, was constructed in cooperation with two Chinese companies. The report comes on top of a number of discoveries indicative of an effort by Saudi Arabia, apparently in the early stages, to test elements of the nuclear fuel cycle, as well as closer cooperation between Saudi Arabia and China. The nuclear agreement with Iran (JCPOA) did not lessen Saudi Arabia’s motivation to acquire nuclear capability, although it made it less urgent. Iran’s waning commitment to the agreement and the less time needed for an Iranian breakout to a nuclear weapon are liable to increase the anxiety in Riyadh, and accelerate its efforts to obtain nuclear capability, including through the use of shortcuts.

Over the past decade, Saudi Arabia has turned to the development of a nuclear program for the production of electricity and desalination, and has issued tenders for construction of the first two nuclear reactors. Announcement of the winners of the tender has been delayed, while Riyadh attempts to convince Washington to waive the stipulation that Saudi Arabia refrain from uranium enrichment in its territory as a condition for obtaining US civilian nuclear assistance. Until now, Saudi Arabia has refused to accept these restrictions as well as to sign the IAEA Additional Protocol. Concern that Saudi Arabia will develop a military nuclear program in certain circumstances and conditions grew after Saudi Crown Prince Mohammed bin Salman stated in 2018 that the kingdom would act without delay to acquire nuclear capability if Iran does so. Bin Salman’s brother Abdulaziz bin Salman, Minister of Energy, expressed Saudi Arabia’s desire in 2019 to master all aspects of the nuclear fuel cycle.

On August 4, 2020, the Wall Street Journal reported that a facility for the extraction of yellowcake from uranium ore was detected in Saudi Arabia. This facility was constructed in cooperation with China. Yellowcake is the first stage in production of uranium for any purpose whatsoever: for civilian ends, toward production of electricity or research, and for military uses following enrichment to a high level. This report follows a series of revelations in recent years that indicate an effort by Saudi Arabia, apparently in early stages, to test elements of the nuclear fuel cycle, as well as closer cooperation between Saudi Arabia and China, including in strategic matters. The New York Times reported on August 5 that American intelligence recently issued a classified report containing details of the Saudi effort and pointing to secret cooperation between Saudi Arabia and China in the matter. The Chinese Foreign Ministry spokesperson responded that “the US allegation is groundless. China and Saudi Arabia maintain normal energy cooperation.”

China possesses several hundred nuclear warheads, and nuclear energy accounts for 4.2 percent of its energy resources. China currently has 45 nuclear reactors producing electricity, and 12 more are under construction. Furthermore, the Chinese nuclear industry is developing rapidly, and hopes to cooperate with other countries on development of energy resources, plants, and accompanying facilities, even if these countries are hostile to each other, such as Iran and Saudi Arabia, and even if some of these facilities are not constructed transparently and do not meet strict international standards. Although China’s cooperation in nuclear matters has strategic aspects liable to endanger other countries, including Israel, the Chinese regard it as an internal matter primarily for the purpose of improving its future energy reserves (including rights to uranium at a low price for the nuclear reactors constructed in China) and expanding the activity of Chinese companies outside China.

Open questions at this stage are whether the detected facility in the Saudi northwest desert is active, what its ultimate purpose is, and whether it is part of a nuclear fuel cycle system containing additional components, including uranium conversion and enrichment, or whether it stands on its own. Another question is why Riyadh, until now, did not publicly reveal the facility, as it failed to do with other facilities “detected” in recent years if, as Saudi Arabia asserts, it meets the international supervisory conditions. Saudi Arabia does not meet the conditions set by the International Atomic Energy Agency (IAEA) for countries that previously declared that they have no nuclear program and that the quantities of nuclear materials in their possession are very small. There is no doubt that if the newly-reported facility has begun to operate, or does so in the future, Saudi Arabia will have to declare its activity and the quantities of natural uranium in its possession very quickly, even if these do not meet the “nuclear” standard.

At the same time, intelligence agencies should take note of possible inter-Arab nuclear cooperation. For example, the United Arab Emirates, which in August 2020 began operating the first nuclear power reactor in the Arab world, has relatively easy access to international nuclear markets. Egypt, which has launched a program for the construction of four nuclear power reactors with Russian assistance and financing, has a sizable cadre of nuclear scientists, while Jordan has substantial uranium deposits (Jordan has signed an agreement to cooperate with Saudi Arabia in this sphere).

Saudi Arabia itself has ample resources and substantial uranium deposits. It is believed, however, that the country will encounter great difficulty in completing a sustainable nuclear project, whether civilian, military, or both, within a reasonable time without large-scale external assistance. Even if it manages to obtain external technical support for its own military nuclear project, it will take many years to complete. Nevertheless, Saudi Arabia has connections with various countries that are liable to share necessary nuclear knowledge and expertise with it, chief among them North Korea and Pakistan.

Indeed, Pakistan whose nuclear program was apparently built with Chinese assistance and financed by Saudi Arabia, serves as a strategic buttress for the kingdom, despite differences of opinion between the two countries in recent years. Under certain circumstances in which Saudi Arabia’s territorial integrity is under threat, for example, Pakistan is liable to provide it with nuclear assistance, such as providing a nuclear umbrella, transferring and maintaining technical information, training and drilling of Saudi teams in Pakistan, financing and/or cooperating on uranium enrichment in Pakistan, and stationing Pakistani nuclear weapons in Saudi Arabia under a Pakistani chain of command and control.

In any case, Saudi Arabia has previously concealed, and is likely concealing now, parts of its nuclear and surface-to-surface missile activity. The ability of the international community, including the IAEA, to detect forbidden activity on a small scale is doubtful, especially given the kingdom’s special geographic and political conditions. Furthermore, there is almost no doubt that the facility’s discovery, which was not initiated by Saudi Arabia, will not be regarded favorably in the Middle East, even if the facility in itself does not appear to jeopardize the countries in the region in any way. Some will view the construction and operation of the facility as a declaration of intent and furtherance of the potential military use of the uranium that Saudi Arabia is producing – and in turn, accelerate their own nuclear research.

A singular feature of the Saudi program is that it lacks no resources and, with Iran’s nuclear program in the background, is moving simultaneously in different directions – commercial, research, and possibly also military – in order to hedge its bets. There is much missing information in most of the relevant spheres, including as a result of the absence of transparency and deliberate Saudi efforts at concealment. Presumably, however, Saudi Arabia has sufficient motivation for acquiring its own nuclear capability. Its motive for relying on the Chinese and others is rooted, inter alia, in its doubts about the reliability of American support. The nuclear agreement with Iran did not lessen Saudi Arabia’s motivation to acquire a nuclear capability, although it made it less urgent, at least temporarily. Iran’s waning commitment to the agreement and the shortening of the time needed for an Iranian breakout to a nuclear weapon are liable to increase concern among the Saudi leadership, and to expedite its activity toward the acquisition of nuclear capability, including by way of shortcuts.

Israel cannot remain indifferent to accelerated nuclear developments in Saudi Arabia. It must improve the intelligence tools at its disposal to facilitate better knowledge about the kingdom’s nuclear-related activities. Despite its considerable shared interests with Saudi Arabia, Israel should also establish a professional dialogue in the matter with its partners in the United States and Europe and raise its concerns with China. In recent years, Israel has to a large extent turned a blind eye to the military buildup by a number of Gulf states – a buildup that erodes Israel’s qualitative military edge. Especially in the nuclear sphere, Israel should now make this matter a priority in order to prevent strategic surprises, including by its regional partners.

20 years of independent publishing is a milestone, but your support is essential to keep Scoop thriving. We are building on our offering with thedig.nz our new In-depth Engaged Journalism platform. Now, more than ever sustainable financial support of the Scoop Foundation for Public Interest Journalism will help to keep these vital and participatory media services running.