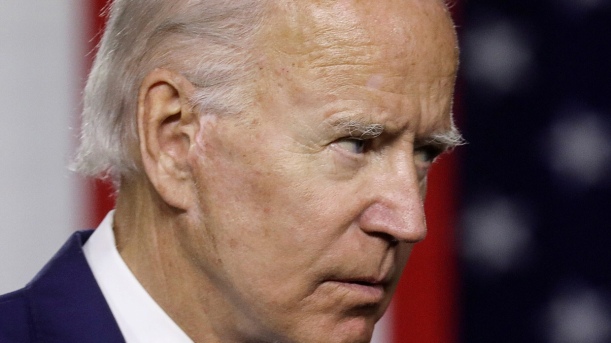 Biden, Russia’s not Iraq! Threatening the Kremlin over non-existent election meddling endangers not only the US but the world too

is a former US Marine Corps intelligence officer. He served in the Soviet Union as an inspector implementing the INF Treaty, in General Schwarzkopf’s staff during the Gulf War, and from 1991-1998 as a UN weapons inspector. Follow him on Twitter @RealScottRitter

Together with his fellow Democrats, Joe Biden’s playing a dangerous game of Russia-baiting that lacks any basis in fact, and could lead to a precipitous fracturing of US-Russian relations.

The Democratic Party’s presumptive nominee for president has put his foot down, so to speak, when it comes to the issue of Russian interference in US elections.

“I am putting the Kremlin and other foreign governments on notice,” Biden announced in a lengthy statement. “If elected president, I will treat foreign interference in our election as an adversarial act that significantly affects the relationship between the United States and the interfering nation’s government,” he wrote.

If such interference is detected, he declared he would direct his administration “to leverage all appropriate instruments of national power and make full use of my executive authority to impose substantial and lasting costs on state perpetrators.” According to Biden, the costs that could be imposed on Russia include “financial-sector sanctions, asset freezes, cyber responses, and the exposure of corruption.” More ominously, he noted that “a range of other actions could also be taken, depending on the nature of the attack. I will direct our response at a time and in a manner of our choosing.”

It doesn’t matter that the notion of Russian interference in US elections is little more than politicized fiction intended to explain away Hillary Clinton’s embarrassing 2016 electoral loss to Donald Trump, further sustained for the sole purpose of undermining the Trump presidency.

From the moment the Clinton campaign became aware there was a major leak of potentially damaging data from the computer servers of the Democratic National Committee, campaign manager Robby Mook began manufacturing a ‘Russia-did-it’ narrative. That was magnified, in turn, by Perkins Coie, the law firm behind the funding of the infamous Steele dossier, and subsequently picked up on by the FBI and CIA to justify a counterintelligence investigation into the Trump campaign, alleging collusion with Russia. It doesn’t matter that virtually every aspect of the Russian election interference narrative has been debunked.

Facts do not matter

Facts no longer matter – only perception.This is why the Speaker of the House, Nancy Pelosi, continues to repeat the mantra “all roads lead to Putin,” when, in fact, as regards the Trump administration, they clearly do not. It’s also why the Democratic Congressional leadership would ask for a “defensive counterintelligence briefing” from the FBI regarding Russian interference in the 2020 presidential election when, in fact, they already know no such intelligence exists.

The Big Lie is a tactic that dates back to Nazi propagandists,and it was seemingly perfected by Pelosi and her fellow Democrats in their collective effort to propagate the Russian collusion narrative.

The truth has always been an elusive commodity in American politics, especially during the “silly season” of a presidential campaign, when promises are made with no intention of ever keeping them, and minor indiscretions are transformed into existential crises. While the impact of this trend toward diminished honesty and integrity can be damaging politically, beyond the fact that American democracy is being built, literally, on a body of lies deliberately told and willingly received, the potential for inflicting meaningful physical and fiscal harm on the United States by the telling of these lies is minuscule.

Not so with the Russia-did-it fantasy being woven by the Democrats. Take Joe Biden’s statement regarding his plans to retaliate against Russia in the event of any interference by Moscow in the 2020 US presidential election. He speaks of “cyber responses,” and “a range of other actions” that ominously point to something more than a mere slap on the wrist.

Biden would do well to read Russia’s recently released document governing its nuclear deterrence policy, where any attack, cyber or otherwise, on the “critical state or military facilities of the Russian Federation the failure of which will lead to the disruption of the retaliatory action of nuclear forces” could trigger a nuclear launch.

Also on rt.com Democrats cry ‘foreign meddling’ in 2020 election in letter to FBI, reportedly over probe of Biden dealings in Ukraine

But Biden, Pelosi, and the rest of the Democrats aren’t the only Americans infected by what can only be described as a pandemic of Russophobia. A coterie of former “national security experts” has taken upon themselves the task of painting Russia as an enemy of the United States.A recent example of this came in an op-ed published in the Washington Post by a quartet of retired CIA officials, who used it to bash the Trump administration’s efforts to build a cooperative relationship with Russian intelligence. “Putin’s Kremlin,” these former spies wrote, “is not interested in a constructive relationship with the United States. Instead, Putin sees himself in a political war with us. And he benefits domestically by blaming the United States for all his ills.”

The average reader might be excused from comprehending that the authors of this screed were, at one point or another in their careers, involved in committing the very acts against Russia – recruiting agents, interfering in domestic politics, stealing secrets – that they now accuse Russia of undertaking.

There should be no doubt in anyone’s mind that the Russian intelligence services carry out robust collection operations targeting the United States. Such is the reality of life. For these former CIA officers to single out such action as an unforgivable sin, given their own resumes, is the height of hypocrisy. It also exposes the intellectual vacuum that exists among these so-called “experts” when it comes to assessing Russia during the time of its current president, Vladimir Putin.

Also on rt.com Injustice & inequality are the real cause of US riots – but establishment who ignored the problem now cowardly blame Russia

The US intelligence community – past and present – doesn’t have a monopoly on Putin-based Russophobia. This has been a trend in American academia ever since the demise of Boris Yeltsin, the former Communist Party apparatchik turned democratic leader of post-Soviet Russia whose ties with, and inability to stand up to, the United States undermined Russian sovereignty.

Putin’s efforts to repair the damage done by Yeltsin’s obsequious surrender to American political and economic pressure has been the source of resentment for a generation of post-Soviet Russian specialists, including the likes of Michael McFaul (President Obama’s principal advisor on Russia), Anne Applebaum, Masha Gessen, Fiona Hill, and others.

The collective impact of this Russophobia within the American political body has created a cognitive dissonance that long ago transformed into the pathogenesis of psychosis. The five cognitive distortions that are keyed to such psychotic behavior – jumping to conclusions, intentionalizing, catastrophizing, emotional reasoning and dichotomous thinking – are all present in the words and actions of American politicians, academics, and journalists in their treatment of Putin’s Russia today.

The distortions peddled by these so-called “experts,” backed up by the legion of similarly affected former national security veterans, has colored domestic American thinking on Russia to the point that virtually any allegation can be leveled against Russia and its leadership, regardless of credulity or corroboration, and it will be accepted as fact by a population pre-programmed to accept at face value whatever narrative it is spoonfed.

In this way, Senator Tammy Duckworth (D-Ill) can continue to question President Trump about uncorroborated allegations pertaining to Russian “bounties” in Afghanistan without any repercussion.

Americans would do well to remember the last time such a psychosis swept over the nation – in the lead-up to the invasion of Iraq. Joe Biden was a proponent of that conflict, and played a major role in selling it to the American people. Pro hint, Joe: Russia isn’t Iraq. You and your fellow Democrats will put America and the rest of the world in grave peril, should you proceed with acting out on your schizophrenic cognitive biases regarding Russia.

The statements, views and opinions expressed in this column are solely those of the author and do not necessarily represent those of RT.

Brace Yourselves, New Yorkers, You’re Due for the Sixth Seal (Revelation 6:12)

The wind of God‘s wrath is coming to Florida: Jeremiah 23

Killing in Kashmir before the first nuclear war: Revelation 8